Hello again after a long time without reviews, which work and various issues have made me impossible to continue the each-friday-a-review rhythm. Today, one of my childhoods dreams come true, as I will be speaking of a set where I have been part of it's creation (concretely, the sculpting process)! from the Dark Ages, in the midst of Legends, here there are King Arthur's Romano British!; 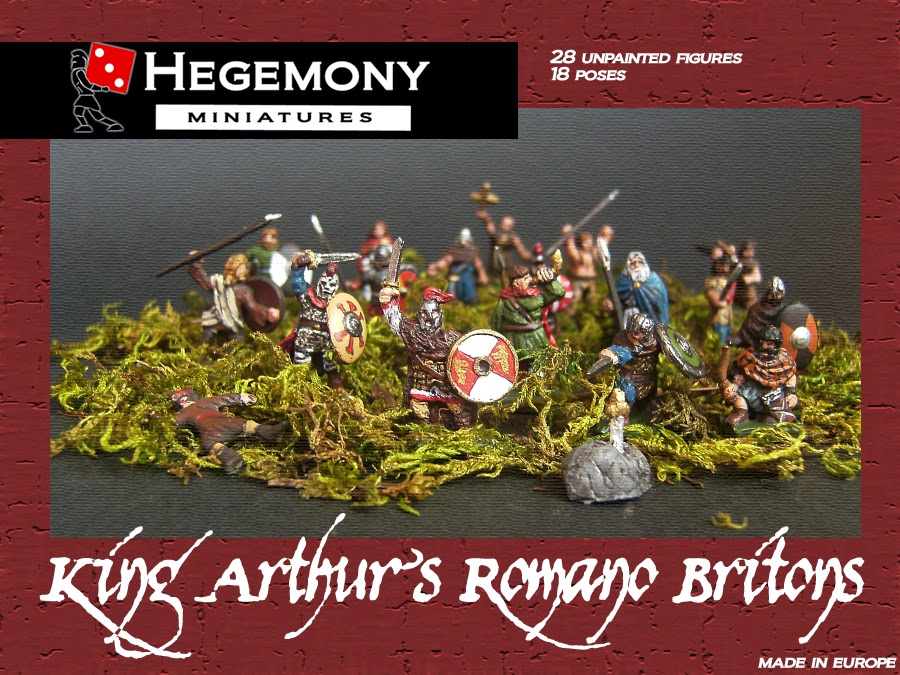 Box;This will be the first box that Hegemony Miniatures creates, as the previous was just sold bagged. It is a pic of the painted soldiers, so you see exactly what you get, you lose the poetic force of an artwork but in return you get a good idea of what you can do with them. The design is a bit crude, but has a certain archaic style which other manufacturers don't have. 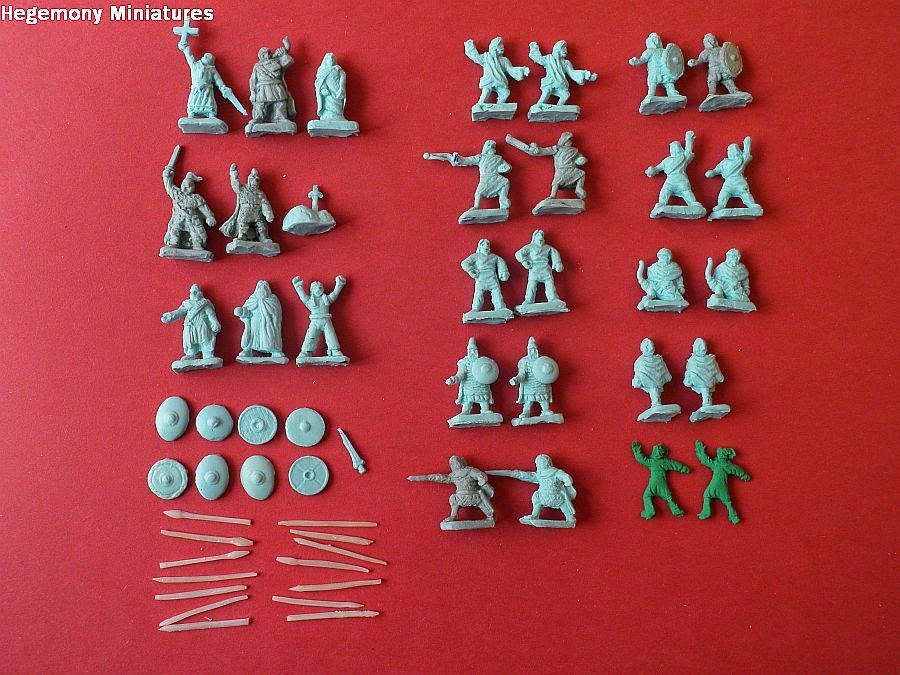 Here we have a rather chunky set of figures. They are made in the Strelets school of sculpting, which allows easy painting as all details are maximized.

These figures are certainly unlike any others. They aren't made of the usual hard plastic, nor the Esci elastic slippery plastic, but a sort of rubbery semi-hard plastic. Not too good for painting but rather fun to handle them and take out the flash with no other tool than your own hands (better to give them a good coat of varnish after painting them, or better still, spray them with Uhu glue and then paint them, so the paints sticks forever to the figures, which is very useful for all kinds of figures, not just these ones).

The pose quality is very high, as you get 18 different poses, representing nearly all possible aspects. Some very standard men have been omitted, as you can get a standard regular archer from any Late Roman or Barbarians sets that will work, and just the specific and different figures have been made.

You get a whopping 8 unique figures, representing the famous characters related to the legend of King Arthur, but made in a historical accurate style which allows you to use them as conventional figures if you aren't fond of the Arthurian legends. Lancelot is depicted as an officer with a masked helmet

The spears given are made of hard plastic, but beware not to expose them to strong heat, or they will melt and you will end up with a spear burger :) .

About the bad, you could say that Vortigern hardly looks like him. I wasn't very convinced by the artwork I was told to use to sculpt him, and I think it looks more like a Saxon chieftain.

ARMY REPRESENTATION - 7.0
"The army representation score is the potential of the soldiers to be used for other purposes different to the one originally intended"

They could have other uses to represent other Dark Ages armies, like Gaels, or some to be used as Dark ages barbarian kingdoms.

In comparison with other manufacturers, the official retail price of 15 GBP is quite high, but these figures are semi-artisanal, and not made in china by angry underpaid workers and in a non-contaminant process.

You can purchase them here;
http://hegemonyminiatures.blogspot.com/p/king-arthurs-romano-britons.html

Probably the only serious gap in British history not represented in 1/72 is now full with this set. Strange that nobody have tackled a so important part of history, probably due to the darkness of the subject.

Conclusion; A very interesting subject covered with a touch of uniqueness.

Soldiers painted by myself; 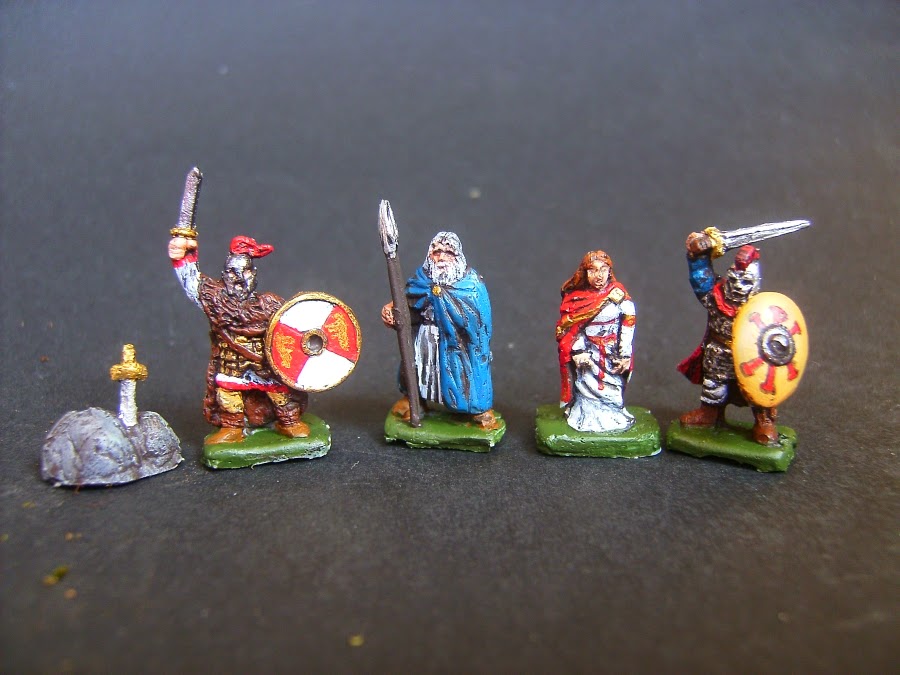 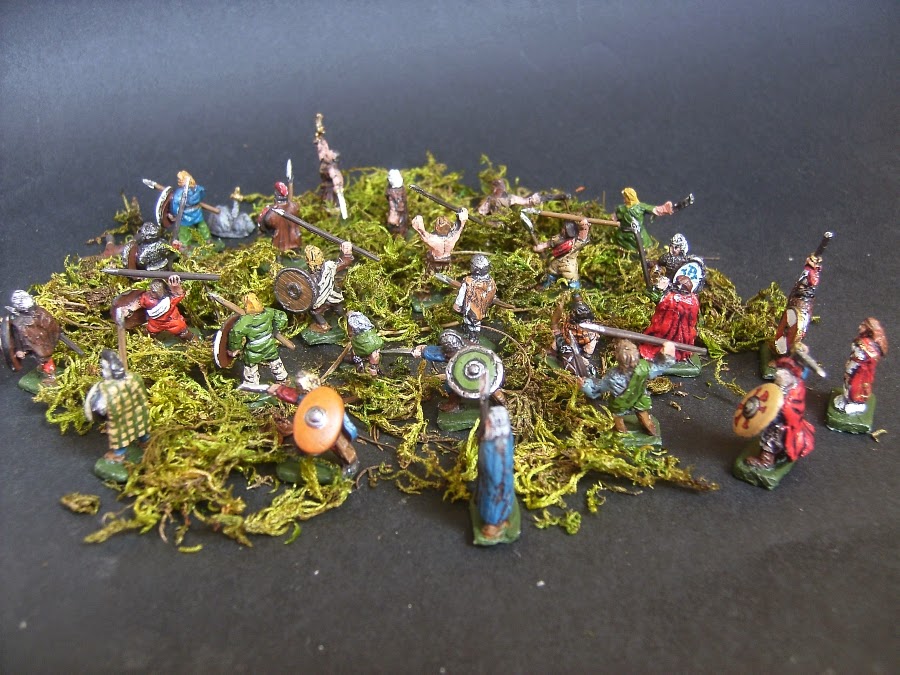 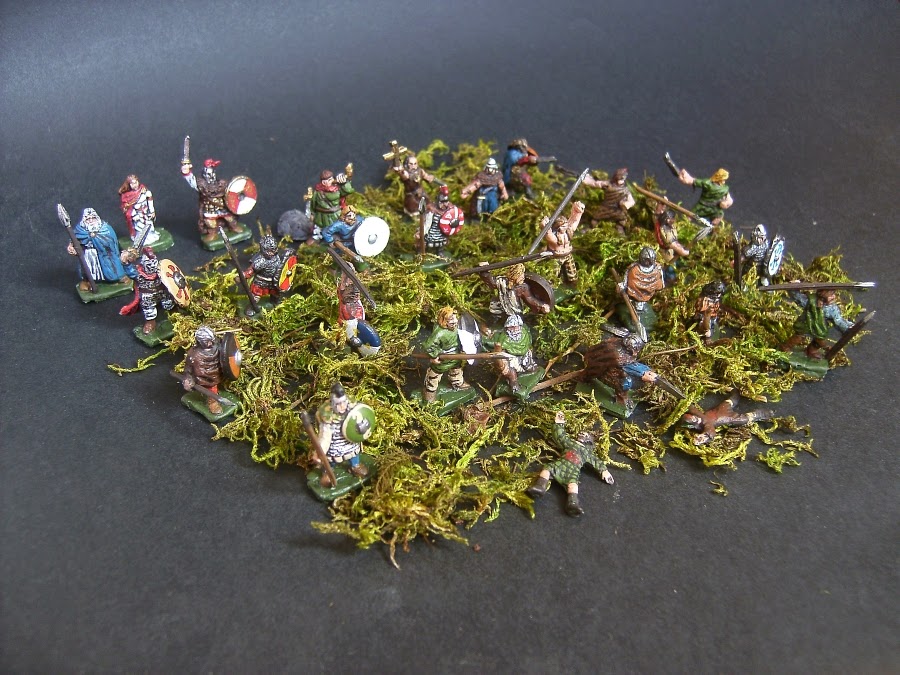 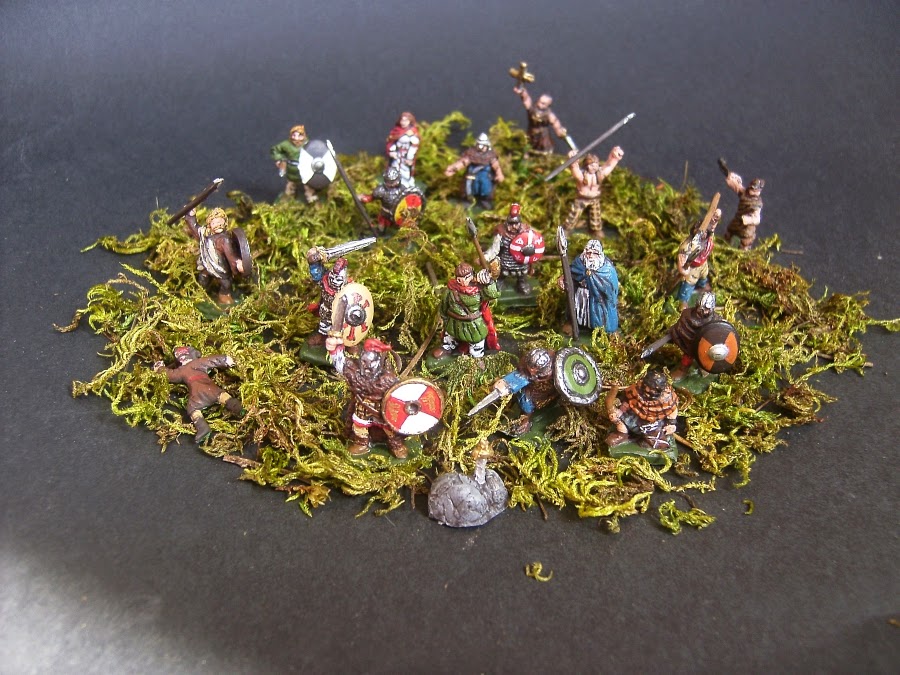 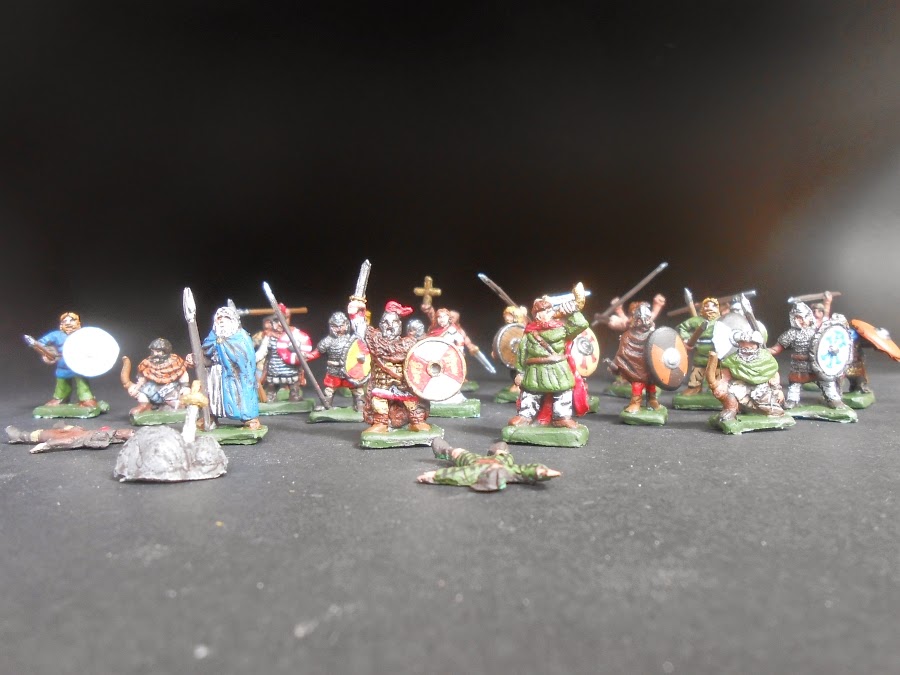 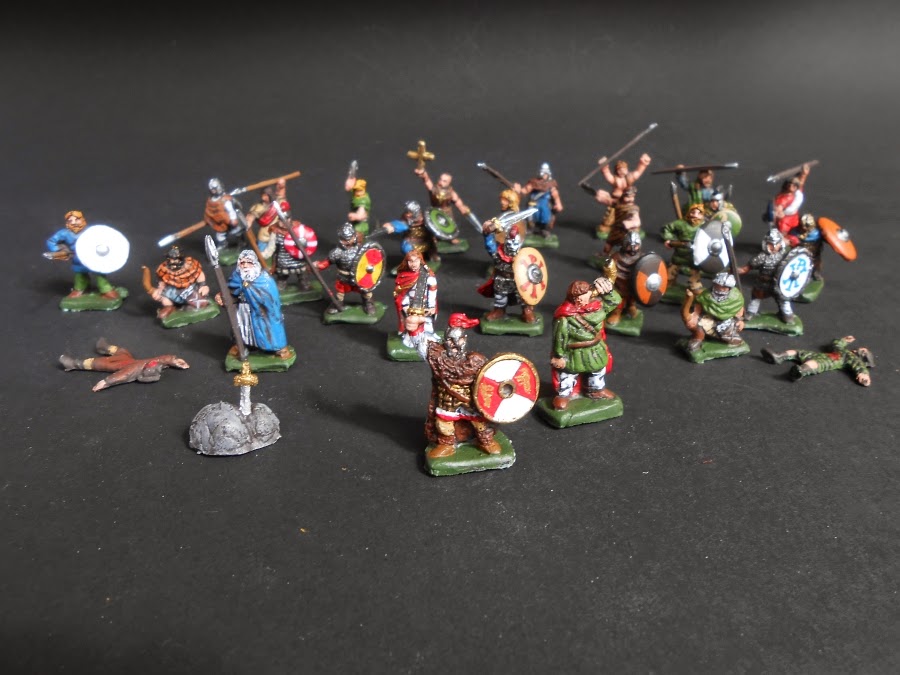 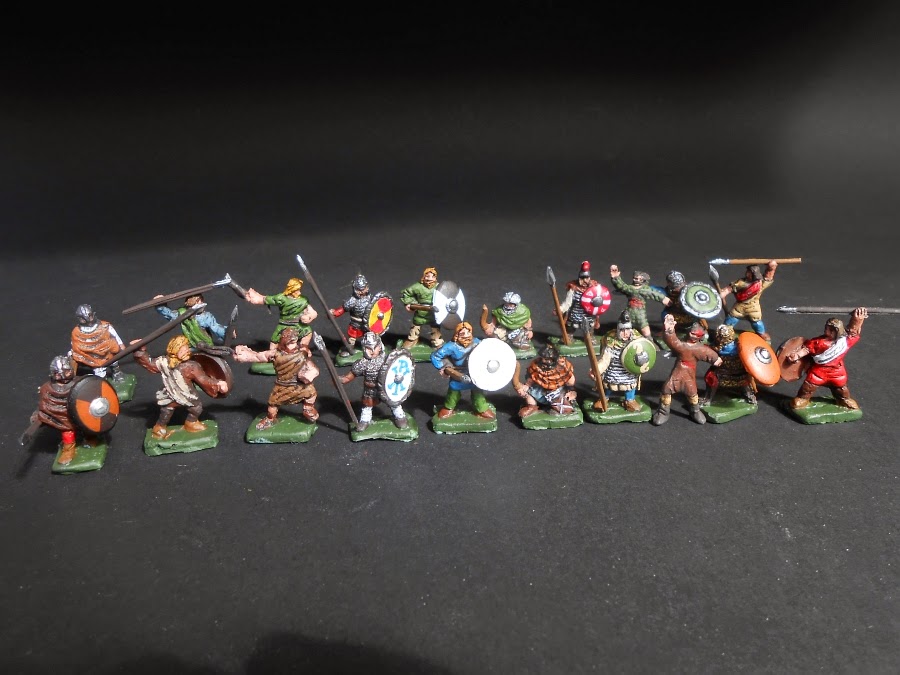