This was, really, my first conversion project. I bought a box of Bum "Spartans", as the title just hooked me :P . I was rather flabbergasted by the contents inside, puzzled, with very mixed sensations. I inmediately saw that was hardly Spartans, although a roughly similar shield was provided. Upon searching I learned their true identity as Carthaginian Mercenaries of Hytty. But I wasn't very convinced either, considering some of the strange looks of a few soldiers, which even now I couldn't hope to identify (celtiberians? italic peoples?). I was given by Christmas another box of them, and this definitely only enlarged the puzzle and doubts about what to do with them! the shields and weapons falling apart were also a big part. Anyway, after much debating in those so far away times, I decided they could pass as Seleucids, with some able modifications, considering a good few of the poses were definitely greek, and the rest could be mercenaries used by the Seleucids. I printed shields from the Hat website, did some slight conversions with epoxy putty, and made some other shields. This was done about 20 years ago! hope you find them amusing to see ;-) . 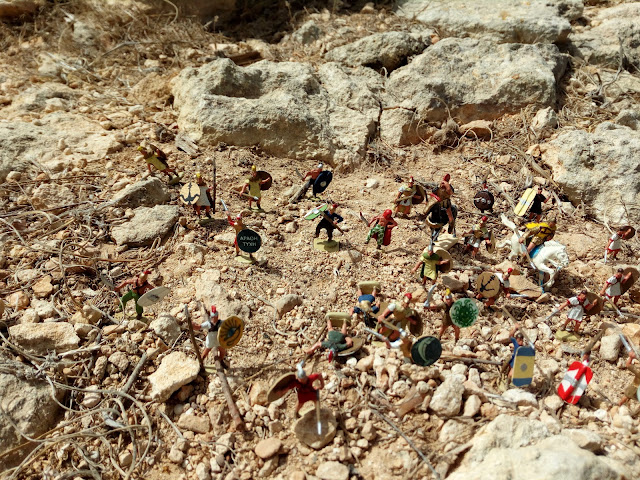 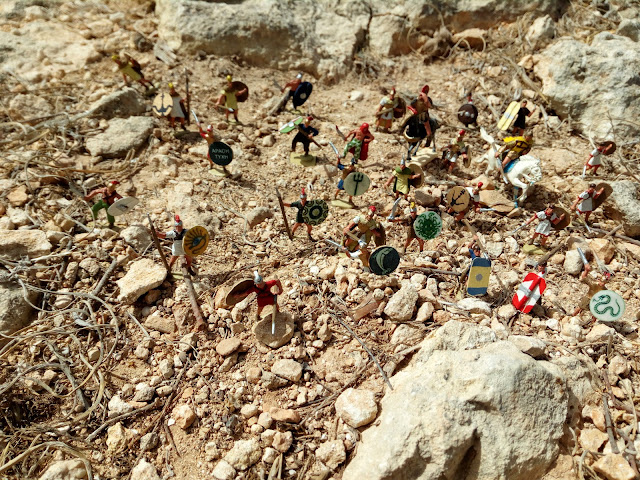 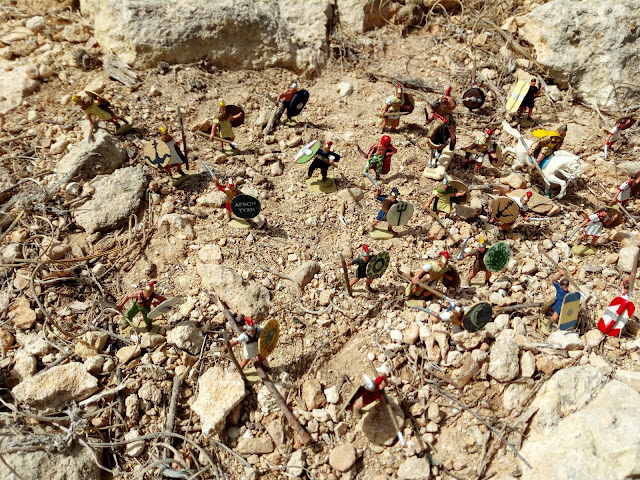 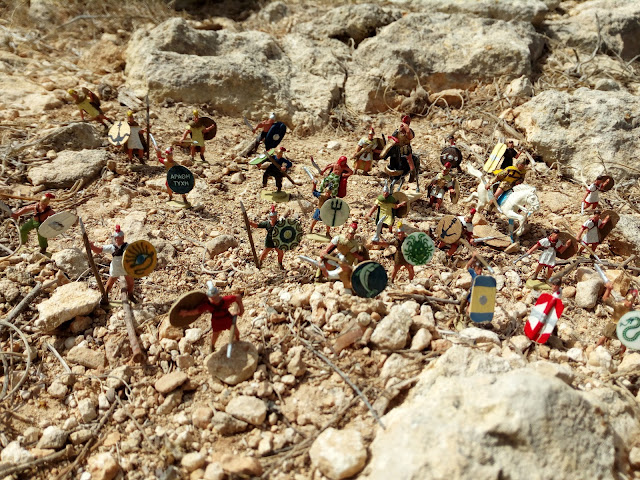 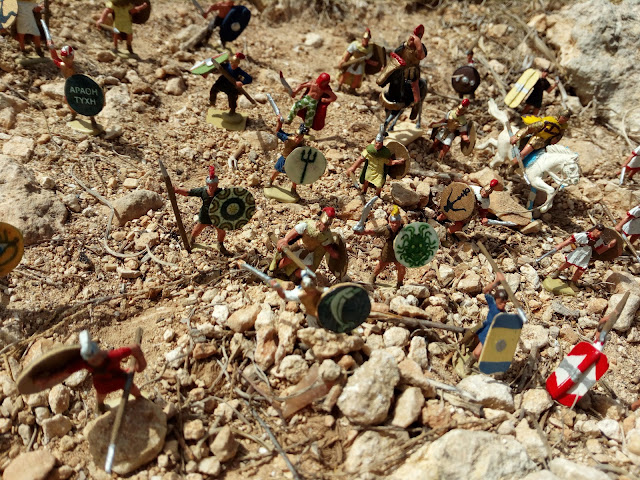 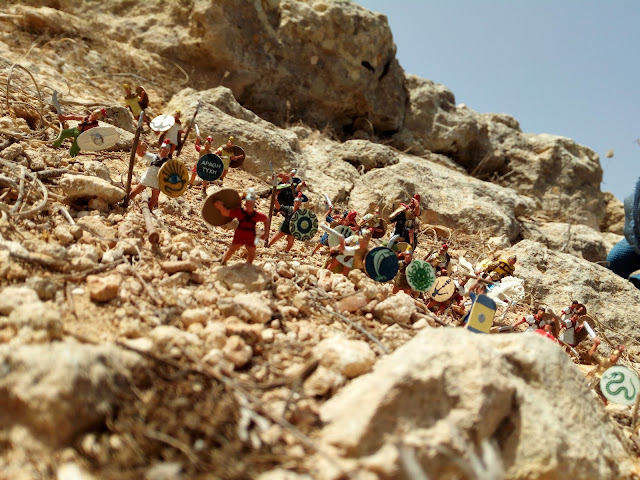 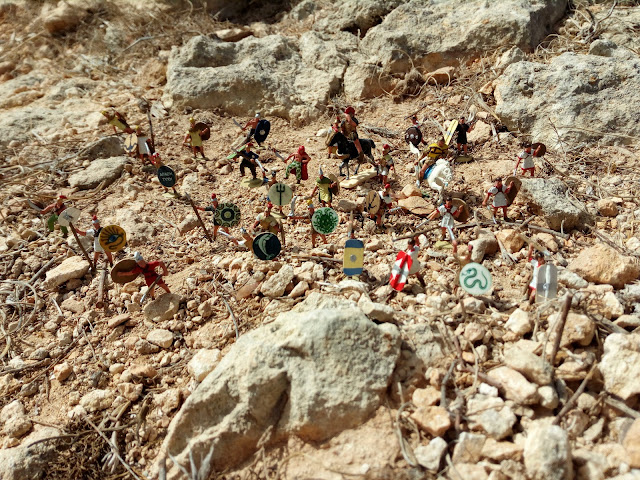 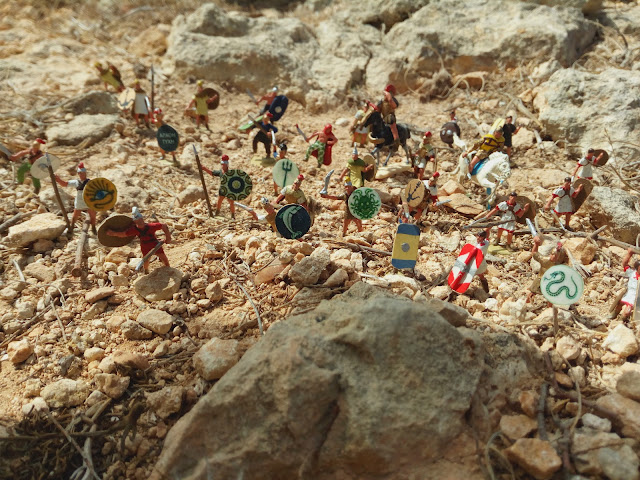 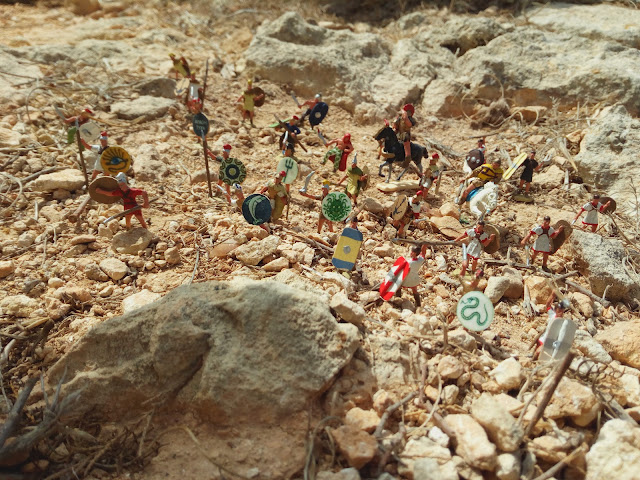 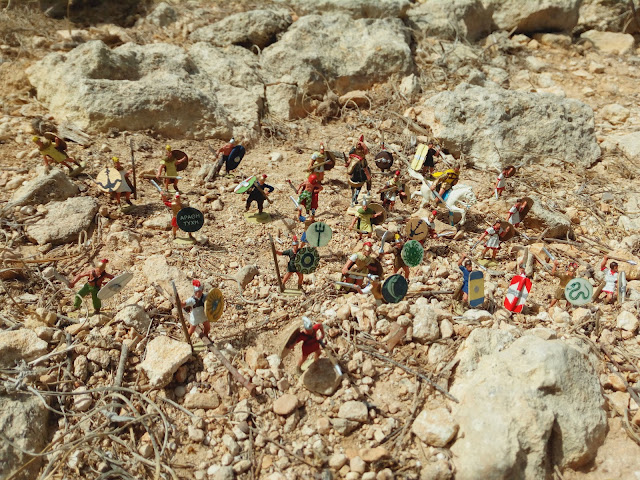 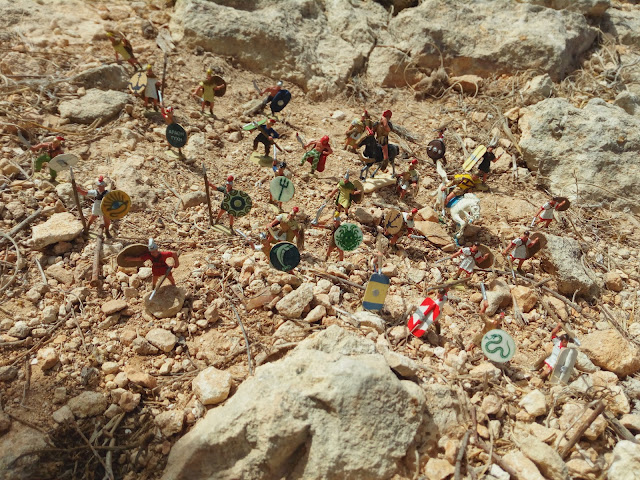 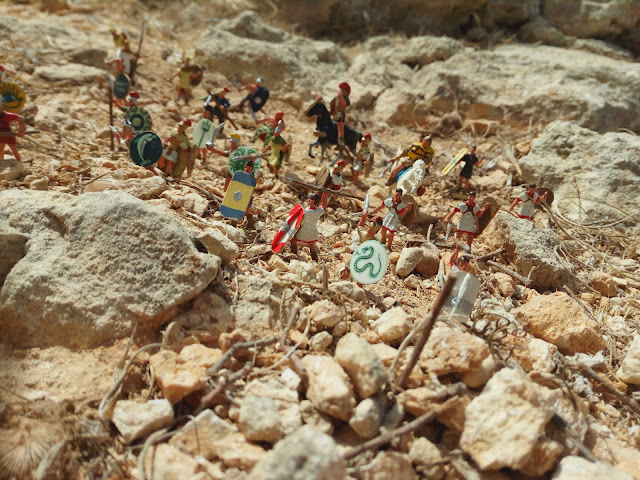 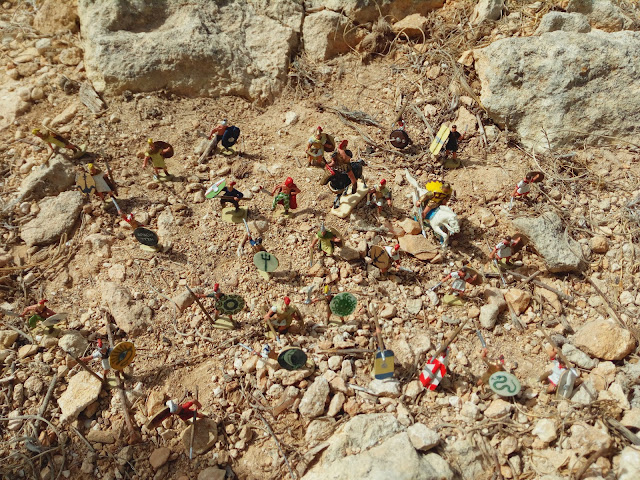 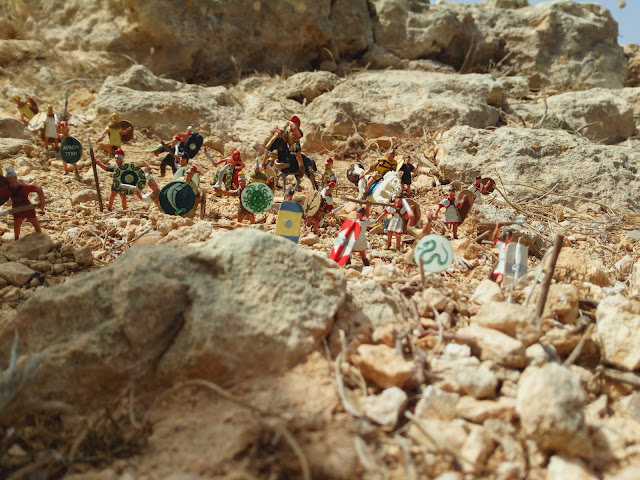 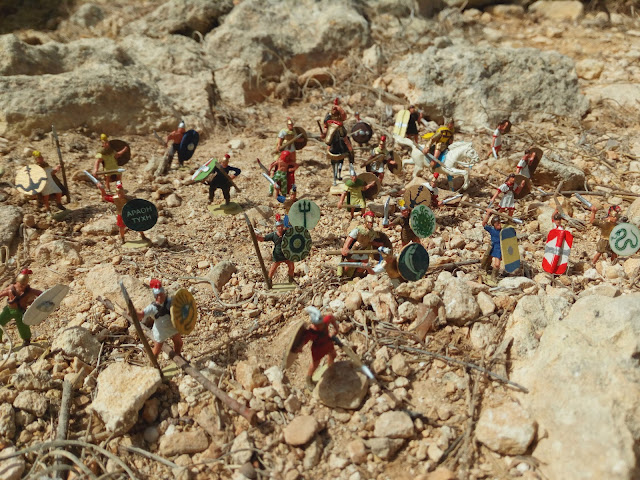 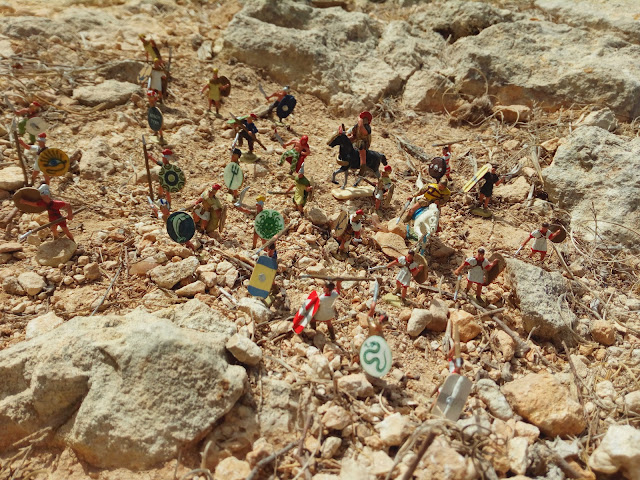 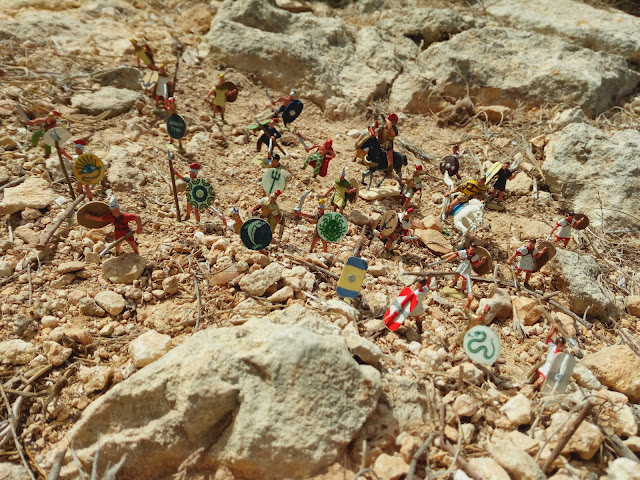 I have found these soldiers, very much in style with Atlantic cowboys. One of them is a woman with a submachine gun! I remember having this figure in 1/35. Most of them seem modern robbers, thieves, a very interesting subject! among the mix, are some of GIANTs american soldiers, and what I think is a copy of a german officer saluting/waving/ordering, as I have a 1/32 which is identical to him.

Somebody copied somebody, and then recopied and relabelled.
Any info about them would be greatly appreciated! 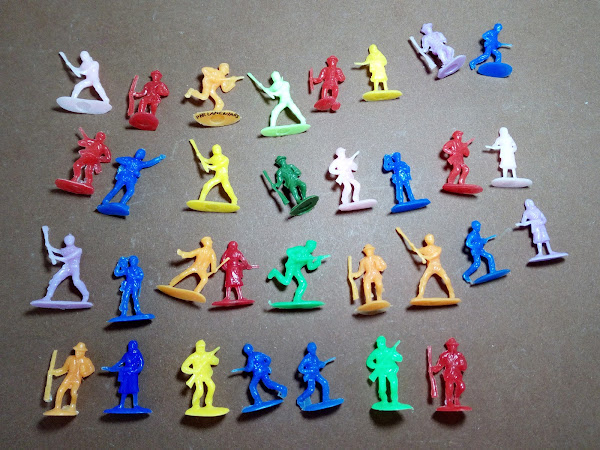 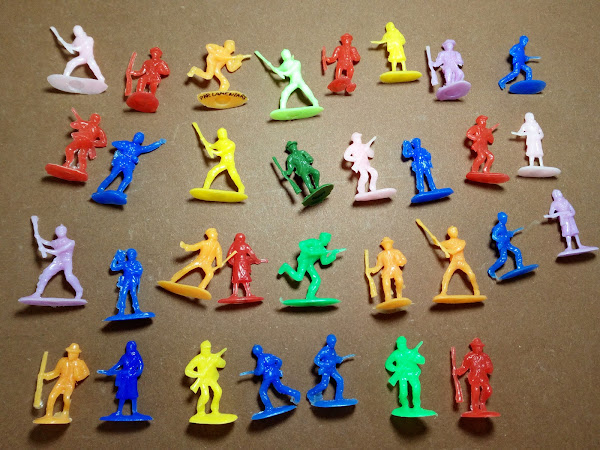