This is how the box looks ; 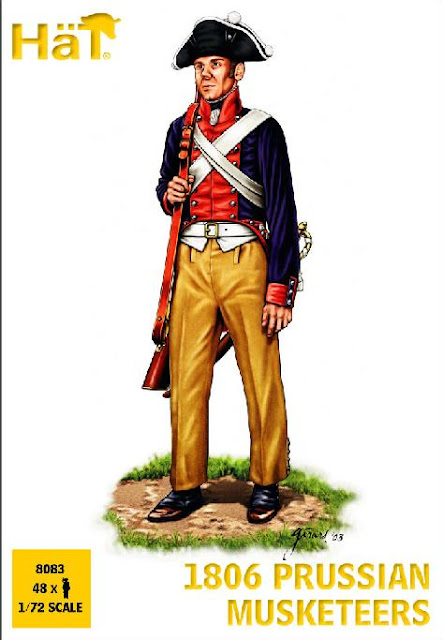 Typical Hät box where you are shown one man with very realistic finish. Not my favourite box, but in this case, one man depicts all the set except the commander, so it is fine. As with most modern HaT sets, it is not a set you'll buy for the exciting artwork. 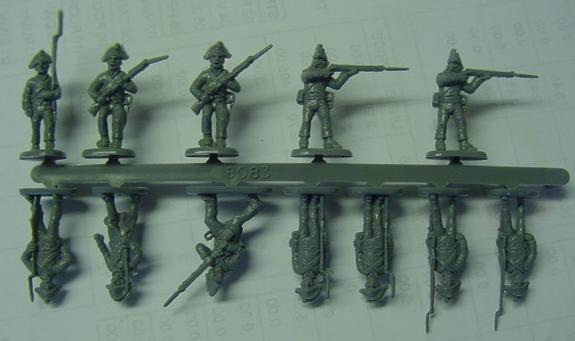 The sculpting itself is good, everything is sharp, clearly defined, which helps a lot when it comes to painting. But, (there's always a but), the proportions of this soldiers are sort of grotesque, like a cartoon. They have big heads and big feet. In some more than others. The firing man is quite correct, whilst the man in formation is probably the worst.

This makes  them look a bit strange when compared with other figures. One of the problems with HaT is  the many styles used. With variety of styles you can make  a lot of people happy, but when you have a big collection of soldiers you cannot but think "are these HaT figures the same species as those others?".

Luckily, this could be worse (like in Strelets) and you can still blend them a bit with more normal figures.

I am not a expert on the subject, I  just have a passion for history, with more interest in ancient times and WW2. This represents the bulk of the Prussian Army in 1806, and by what I've researched it is completely 100 % accurate.

In my humble opinion, all post-1700 sets should have 10 or 9 out of 10 historical accuracy. There are plenty of contemporaneous sources of information, and with a good research, error should be nearly impossible. HaT in this case have done  their homework well. The only thing you could say is that not all men would have carried all their original equipment in perfect condition, but this is fine for representing some regiments at the start of the battle.

With some small modifications, you could transform them into other armies of the same period, like Saxony infantry, but in general there weren't too many armies that wore this type of hat.

I must say it; this is a rather dull and boring set. Ok, they represent a much needed army that covers important events and battles, but they have few poses (only 8), and of these 8, 4 of them are marching or standing there with the rifle up! I had to look twice to see the difference between some of the marching poses. This is inadequate both for wargaming and diorama making.

Some men having lost their hats, half injured, or fighting for their lives in much more dramatic poses, are really required.

As this sets covers an important era, they are needed for the wargamer, but you are missing a unique leader, and you must make your own standard bearer, musician, etc. You should have also been given  some more men actually fighting and firing.

If there was an alternative from any other manufacturer such as Italeri, Zvezda, etc, they would be much better.

You can find them on eBay for a quite good price, and also in retail shops for more or less the same.

They are made with a hard and shiny plastic, a bit slippery to paint but ok to glue.

This is a regular set, quite dull, without much to say against or in favour. If Zvezda or Italeri decided to take this subject, they would with all probability beat the HaT product by far, but as this seems unlikely, if you like to cover this era and represent these battles you'll have to get them. 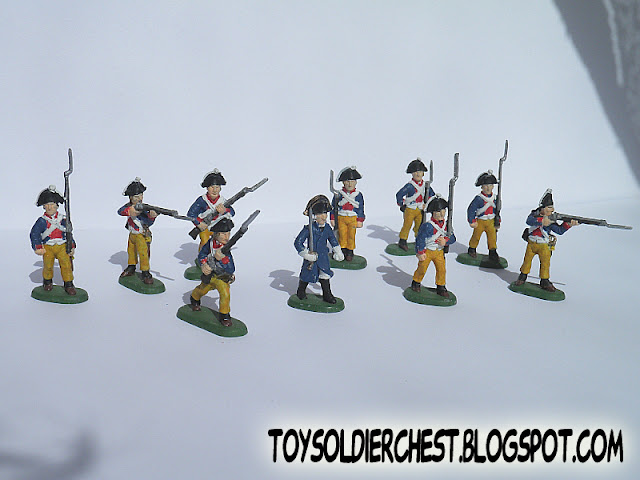 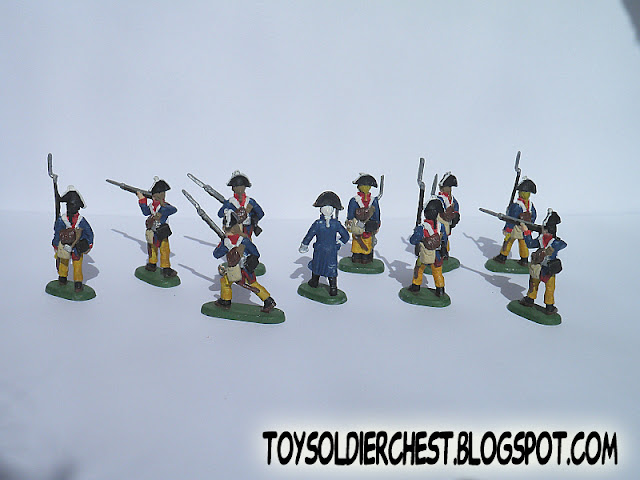 Thanks to sociocoop's permission, I can show you these excellently painted figures; 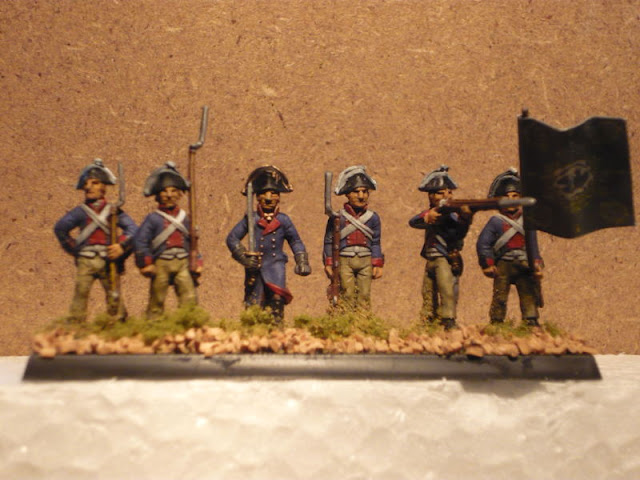 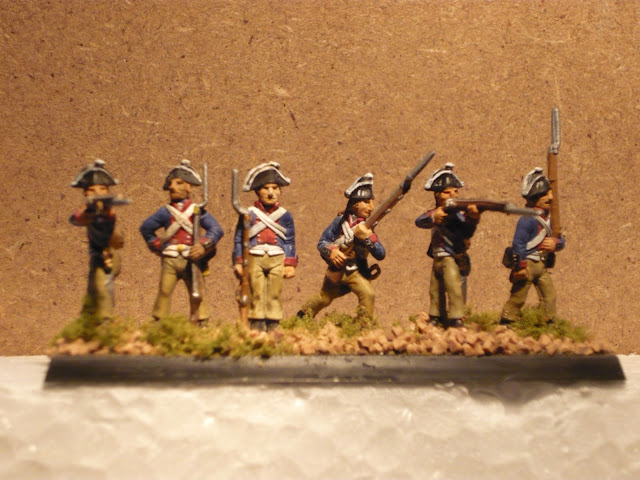 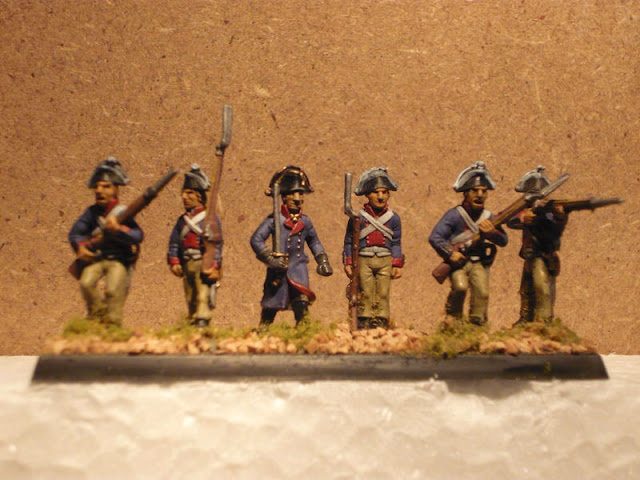