Today we review a kit I've just finished to build (so I have fresh in my memory it's flaws and strong points) the Horten IX; 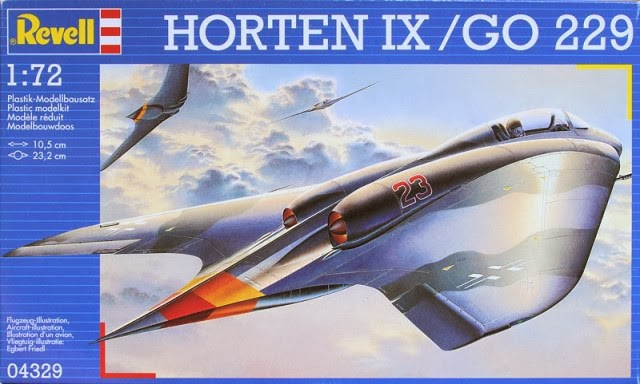 This is the first box art, in which it appeared in 1994. I remember at the time being very impressed, and considered impossible that this was something out of WW2. It certainly gives a very modernistic look. 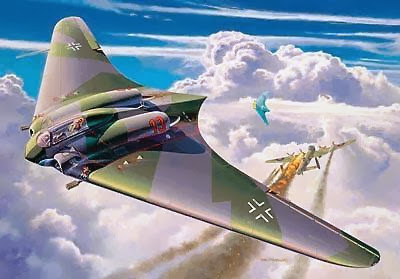 Here is the new artwork, (the kit is the same, they have just added the decals). I don't find this artwork so appealing, basically because it seems that the artist has based on the model kit rather than on the real plane. This normally won't be a problem, but in this case the kit looks a bit different than the real thing. And, if you fix your attention on the wing on the right, you will see that the balkankreuz is "floating", having a different perspective than the wing.

The kit is made up to good standard and technology, as there isn't any flash whatsoever, and all detail is very crisp, panellings well detailed, good interior finishings, very fine and realistic undercarriage, etc. `

But I find that the overall dimensions of the central aircraft (the cockpit and engines) is slightly too small. If you compare with the pics of the real thing, the engines in the model nearly don't stick out the wing , and in the real aircraft they seem much bigger.

The instructions are not very clear as to how the undercarriage plates need to be glued, I have determined they have a slight inclination.

Besides this, the cockpit makes quite a poor fit, it seems that it has been made to build the model with the open cockpit.

One of the strange things is that even if they give you some parts for the interior, they leave a gap behind the control panel, where there should be cables and other gear, it is just empty. the Interiors in kits are always  a bit neglected, but Revell having done some of the structure, it just looks strange from outside to see the control panel unplugged to anything.

One of the good things is that Revell gives you the option to build the kit without wings, as it was captured by the Americans. So it gives the detail of the cannons inside, but they haven't done the inside of the engines, so it is a bit "half-done".

You could count as a extra the interior of the cannons, so not a too bad valoration here.

A pilot is not provided, and the cockpit, as all modern Revell cockpits, seems made for 1/76 figures at best. Revell sells a set of german pilots with reduced dimensions to allow you to fit them, although this is a hardly realistic solution, and admits the problem. Worst is with the RAF Pilots, which are absolutely gigantic (more like 1/70). What I have done myself, is as I don't have yet the Pilots and Ground Crew: German Airforce WWII set, is to get a tiny old Airfix pilot, which is nearly absent of detail, and glue a head with mask from the RAF set which I've got, and it gives a nice result if carefully done.

Well, the real possibilites are limited; it is reduced to the prototype that flew and later crashed or the one that was captured. But of course such a theme sparks a lot of possibilites as "what ifs" the Horten had entered into full production and combat.

It costed me 13 € in a model shop, if you hunt through the auctions in site like eBay you can find it cheaper, but it will probably cost you around 10 £. Not too cheap for a tiny model.

In WW2 it's impact was zero. But it probably affected the course of aeronautic history, as it was evaluated by the Americans and British, and probably it's revolutionary design inspired later aircraft.
http://en.wikipedia.org/wiki/Horten_Ho_229

It is at least a kit of a airplane that did fly and was built, which is more than other Revell kits such as the Flitzer. And it certainly looks revolutionary compared with all other WW2 aircraft, before painting, it seems more a Star Wars Naboo starship than anything else. Before buying the kit, I was thinking it was quite bigger, and it ends up being a bit small, for the price you are charged.

Is there any alternative you will ask? just the Pioneer Models kit, quite old and with some heavy inaccuracies, although they have gotten better the proportions of the cockpit and engines, but they misplaced the later ones. And it is quite rare and expensive too.

In one phrase; the design says it all. A must  for aircraft enthusiasts.


IMAGES OF FINISHED JOBS
(What? you have built this model? I'd love to include the pics here in this section so everyone can look at it. Just email me at   tam_cob@hotmail.com    !) 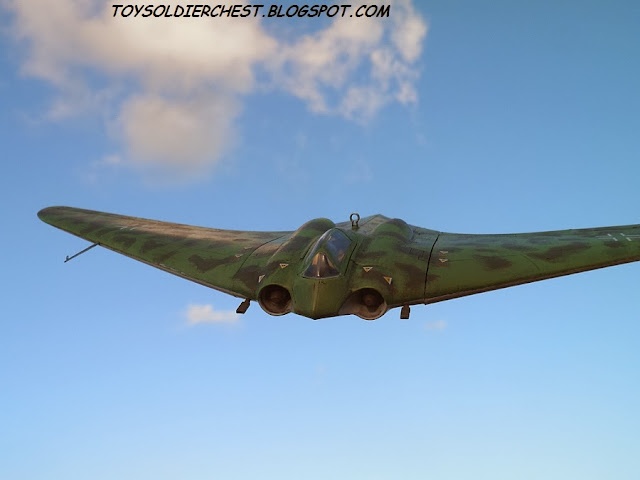 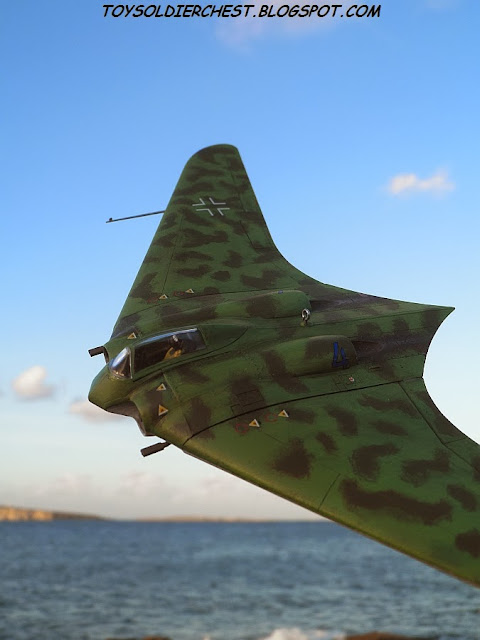 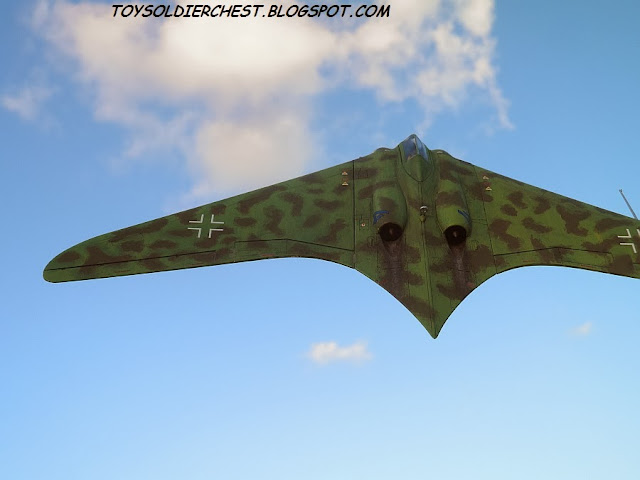 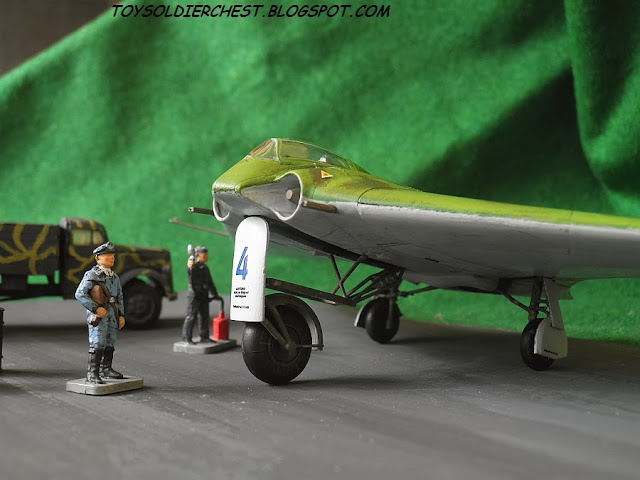 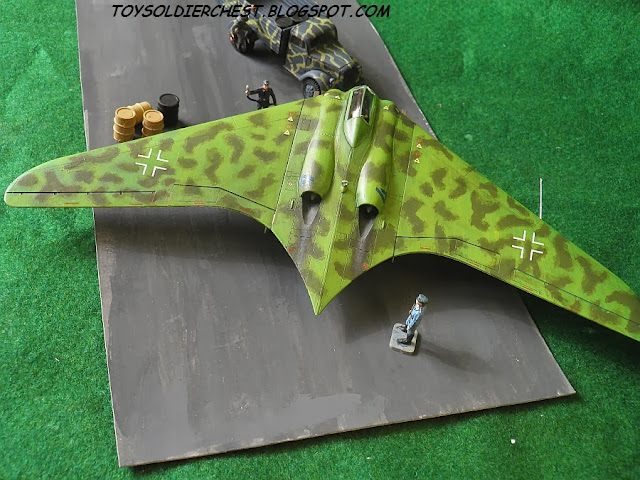 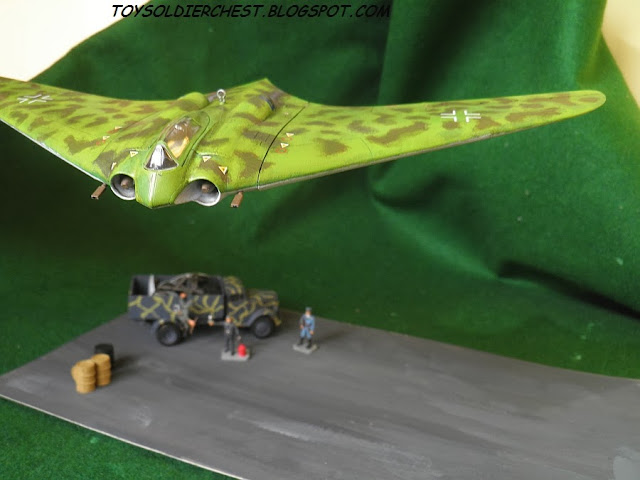 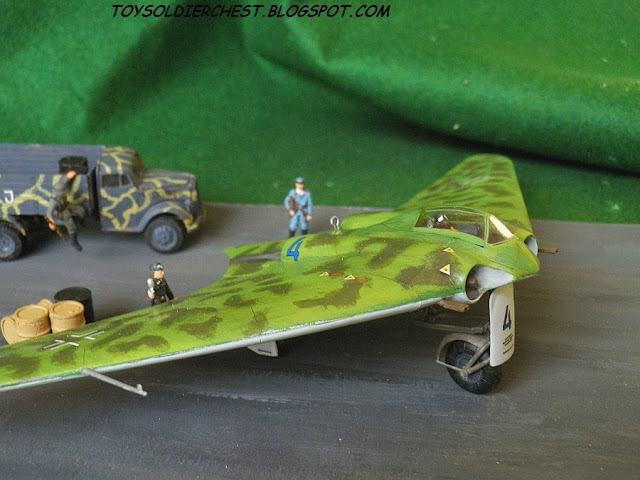 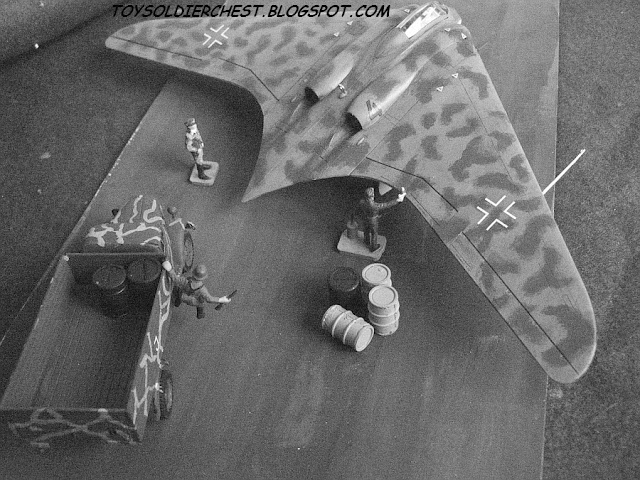 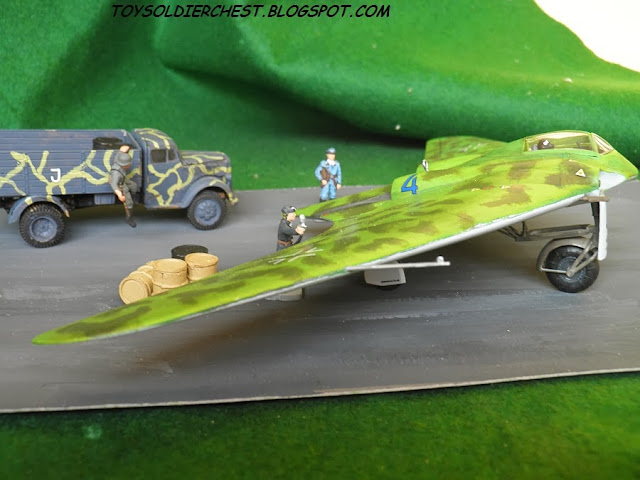 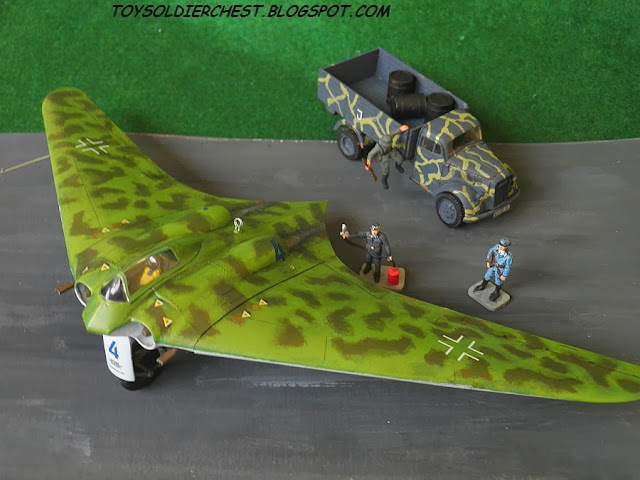 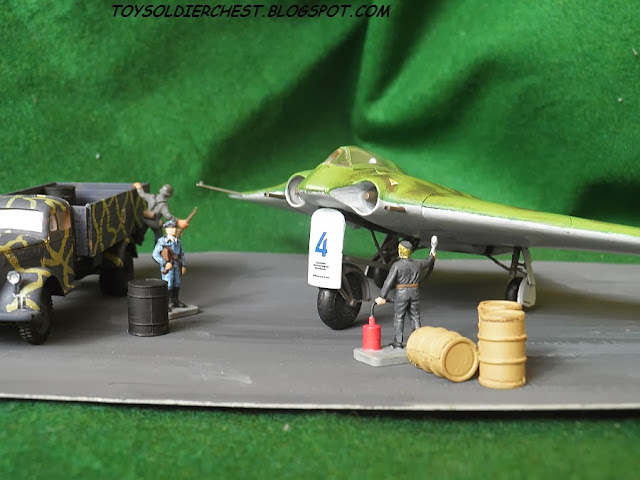 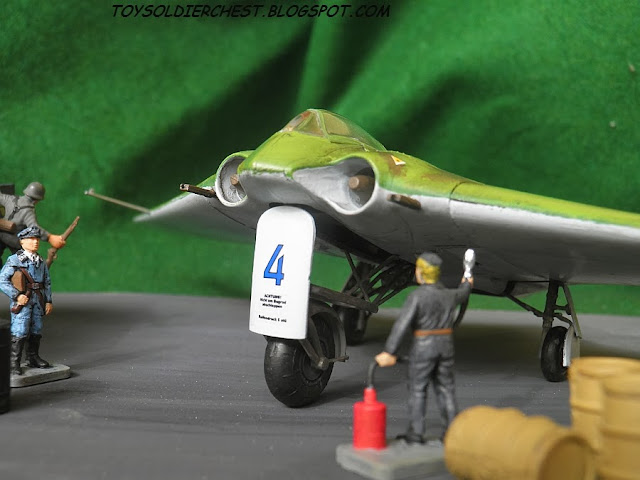 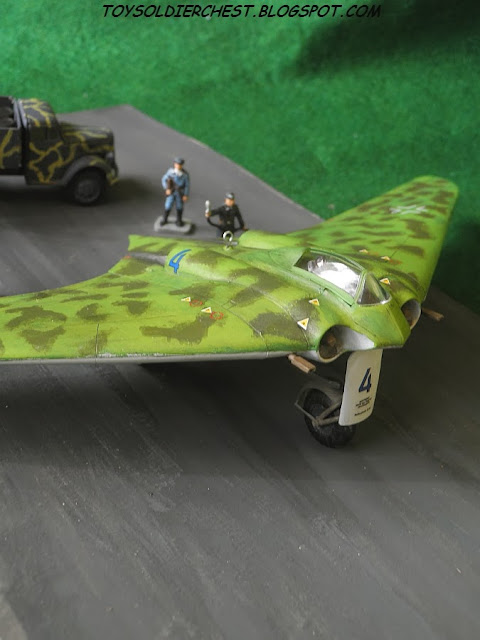 Model kit made by myself. Pilot is a conversion of an Airfix pilot with a Revell pilot set head.

Until the next raid!!!