Welcome to my friday review! from now on, each friday I will publish a review.

This friday, it will be the MiniArt pack of T-70M with crew and Zis cannon! 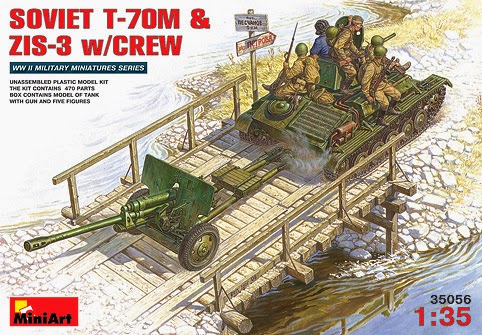 This is the kit box. It clearly wants to depict that you are getting not only the tank, but also the crew and the cannon, even if this means that you hardly see the tank you are buying! nevertheless, it is a nice artwork (although it seems that  you are getting the bridge, which it doesn't!)

This set is just a combined box of the following sets (excluding the cannon and tank original crew); 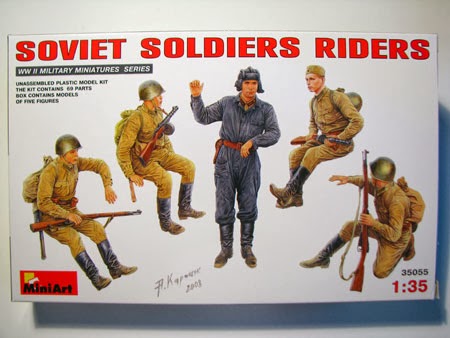 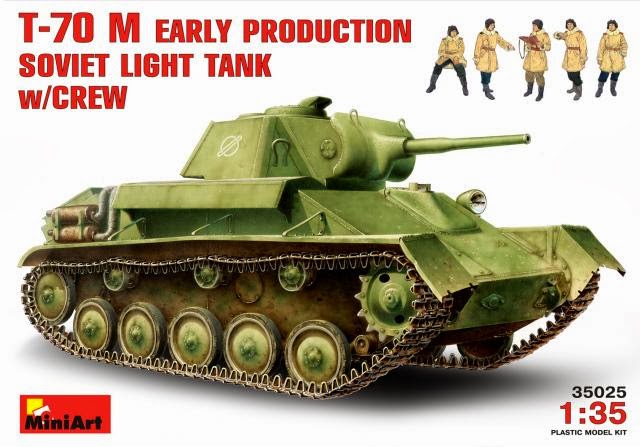 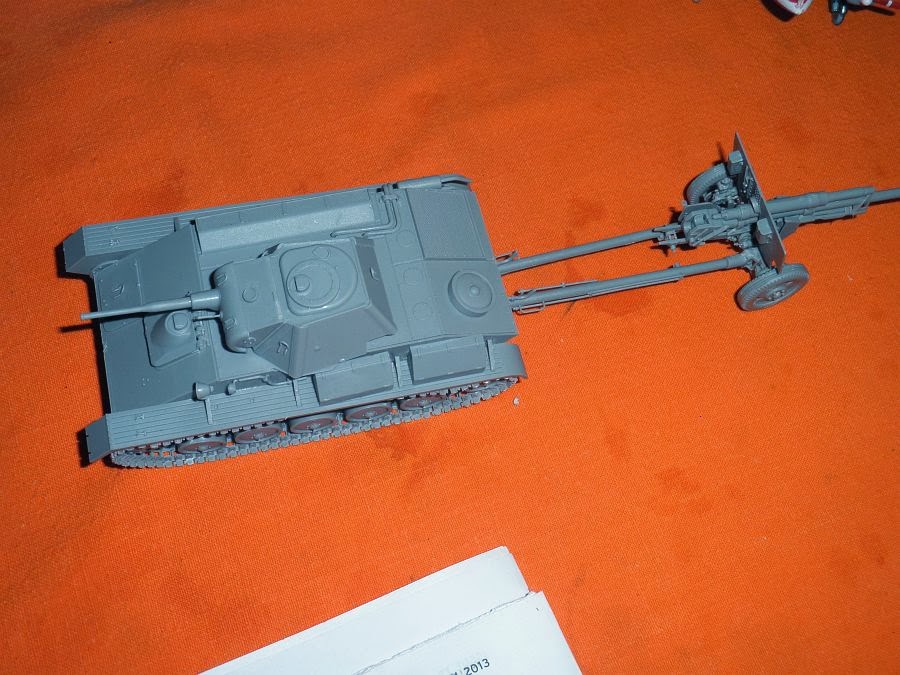 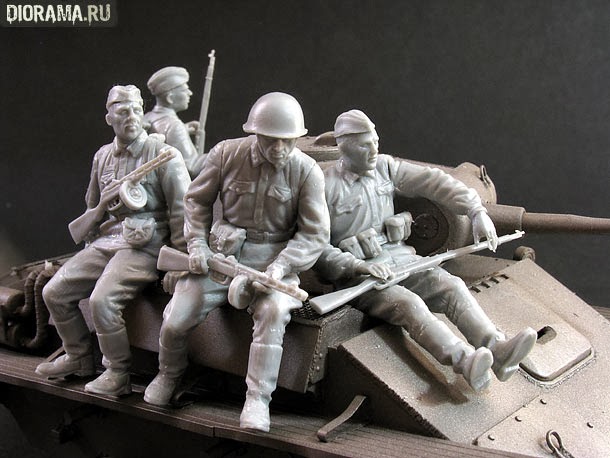 When you open the box, it seems a very detailed and precise kit, but you will soon find that there is many parts with flash (hardly noticeable, but enough to look bad in small pieces) and other doesn't fit ok.

First, it is a kit only recommended to the highly skilled modeller. Not a model to introduce anybody in the hobby, or he will run from any model kit he sees after building this one*!

The cannon; You start the building of the kit building the Zis-3 cannon. Some of the parts doesn't fit well, the gun recoil mechanism, if you want to make it mobile and functional, you'll have a quite hard job. Some of the parts you need to be very careful when gluing them, as they lack any fitting pegs, and this becomes a problem for example with the legs of the gun limber.

And finally, the cannon could have been done as well with nearly half the pieces involved. MiniArt it seems that doesn't have the technology to mould even some very simple pieces, and you end up glueing 4 small pieces to make something Tamiya would have given in one piece.

To give you a idea, the pneumatic consists in 5 different pieces each one!! you have to glue each section and then it gives this "layer effect", and with the wheel rim you have 6 pieces where other manufacturers get the same or better effect with one piece.

The tank; it is better than the cannon in most things, and is the best model in the box. Everything fits much better, there is more fitting pegs, it is much faster and straightforward (the turret is moulded in one piece) and you even get transparent parts for the lights and visors. The body is also moulded nearly in one part (compared with the cannon, it would have 10 separate pieces!) and it builds into a very solid and elegant model.

There is one flaw, though. The tracks. MiniArt thought "we will save some hryvnias (ukrainian currency) if we only mould a individual track section", this or it was just plain lazyness. The consequence of this simple and potentially unharmful decision, is long hours and afternoons having to glue each segment to each one, when at least, you should have a large and flat piece for the lower part of the track in contact with the land. Obviously, a rubber track would have been 10 times better, or just small segments that you could have bent to adjust whatever situation you wanted to apply to the tracks.

I have made a mechanism the turret door to be able to open and close, which it would be nice that MiniArt had thought, as it would be quite easy to add.

The figures; They have a good sense of realism, although the poses doesn't seem very natural to me. Each soldier has a option of either helmet or russian cap. A curious thing is that they all seem clones of Daniel Craig! you can google it and compare. Also, if you glue them the cap they end up being bald and with very small heads, even if you are given two heads for each figure (simply with helmet strap or not).

In my case I modified all the poses except the tank driver, as I didn't like them.

Usually not cheap, in my case I bought it as a charity item from Panther Models website. But the combined nature of this set means that it will come out cheaper than buying individually the three sets.

A opportunity to get slightly cheaper the tank with the cannon, and to have one of the most produced russian light tanks in WW2, albeit if very forgotten and scarcely mentioned in books, magazines and other media.

Scroll down to look at the pics of finished models, including mine!;


If you have enjoyed this review and want to say thanks, the best way is to click in one of the advertisings in the blog. Every little help will be appreciated.
This is the result of my Christmas build. I used the camo of a BA-10, as the typical green and white was too boring for my taste. The figures were painted in a reconnaissance camo; 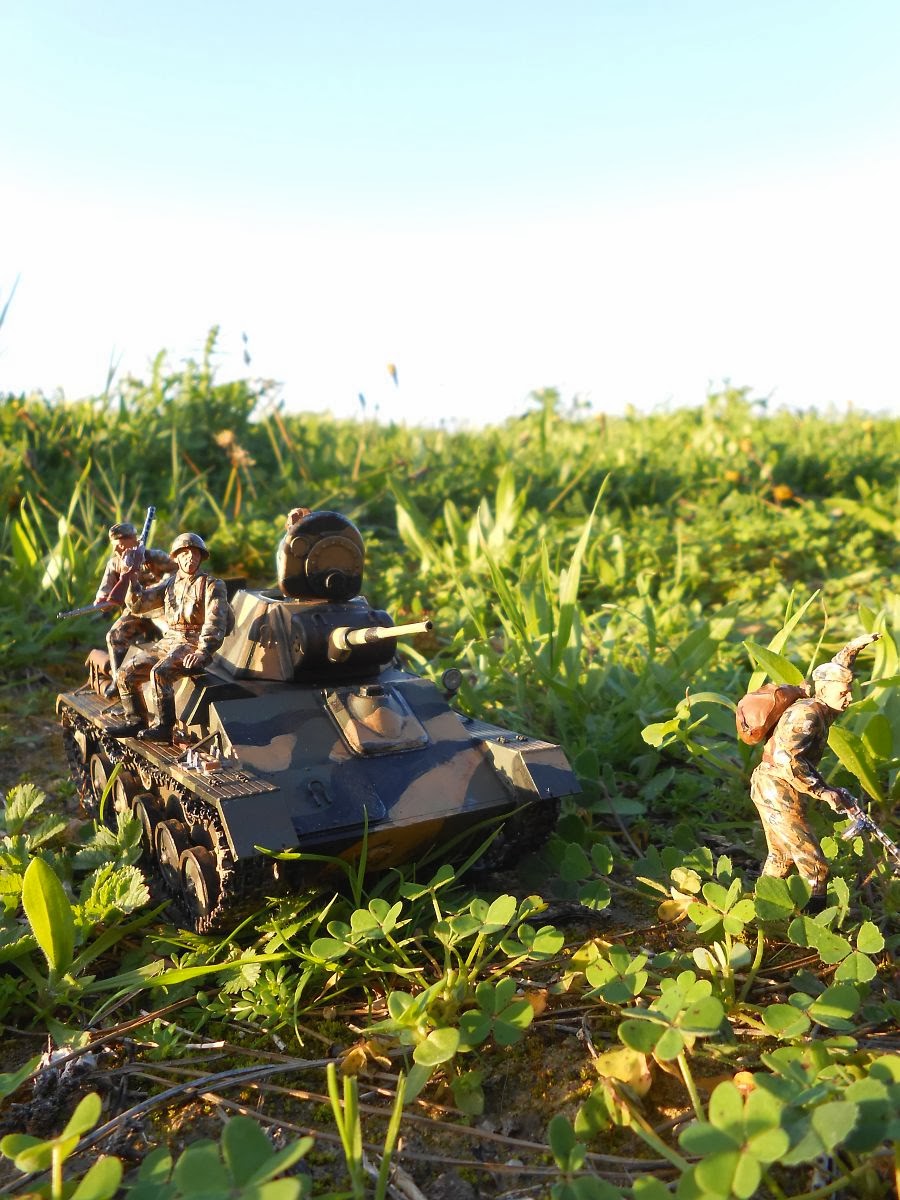 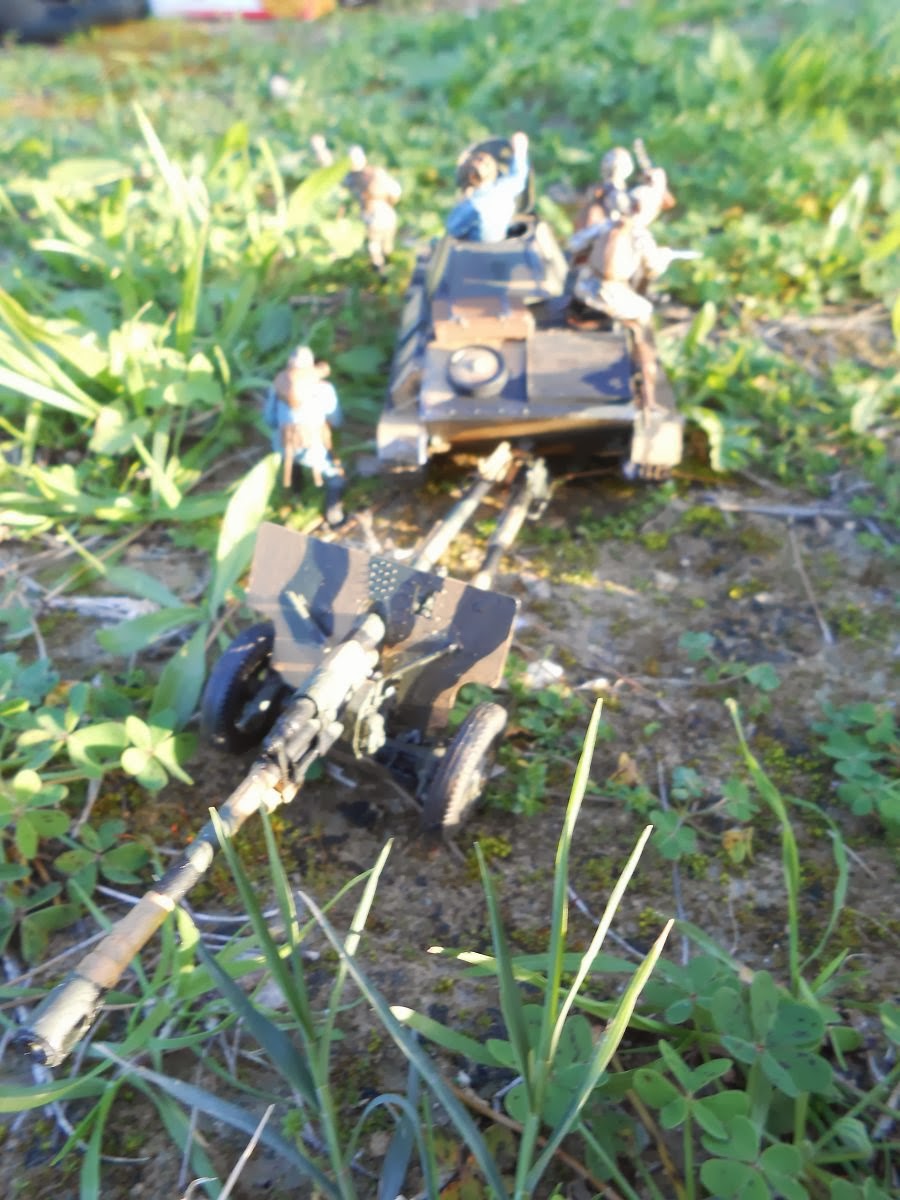 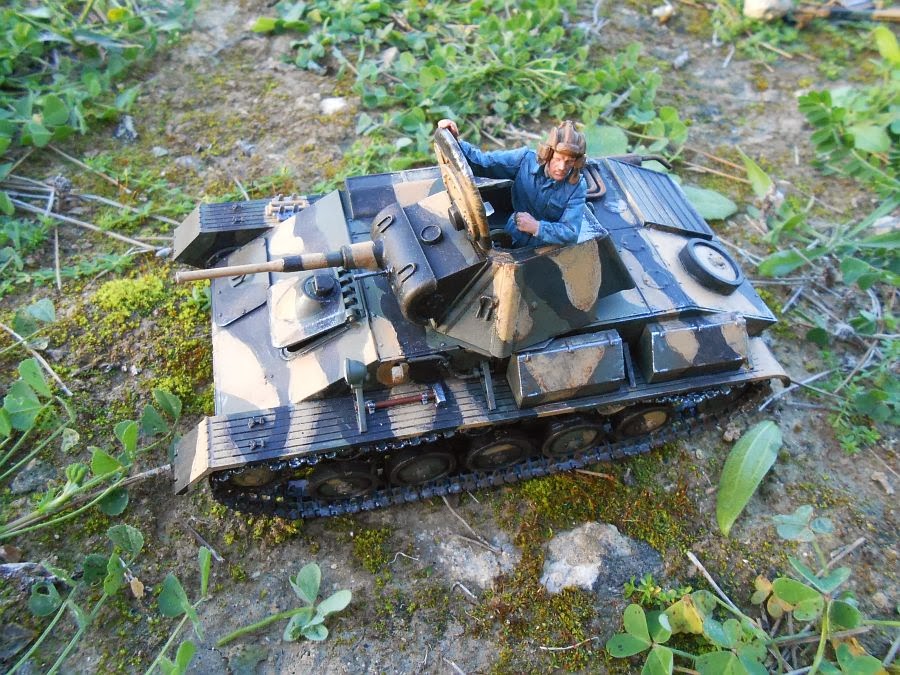 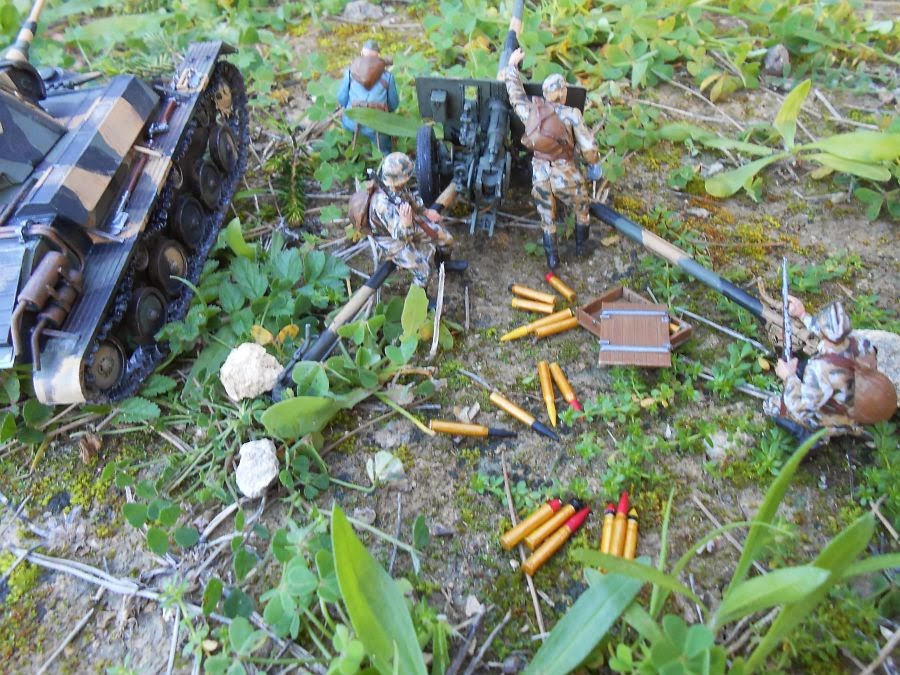 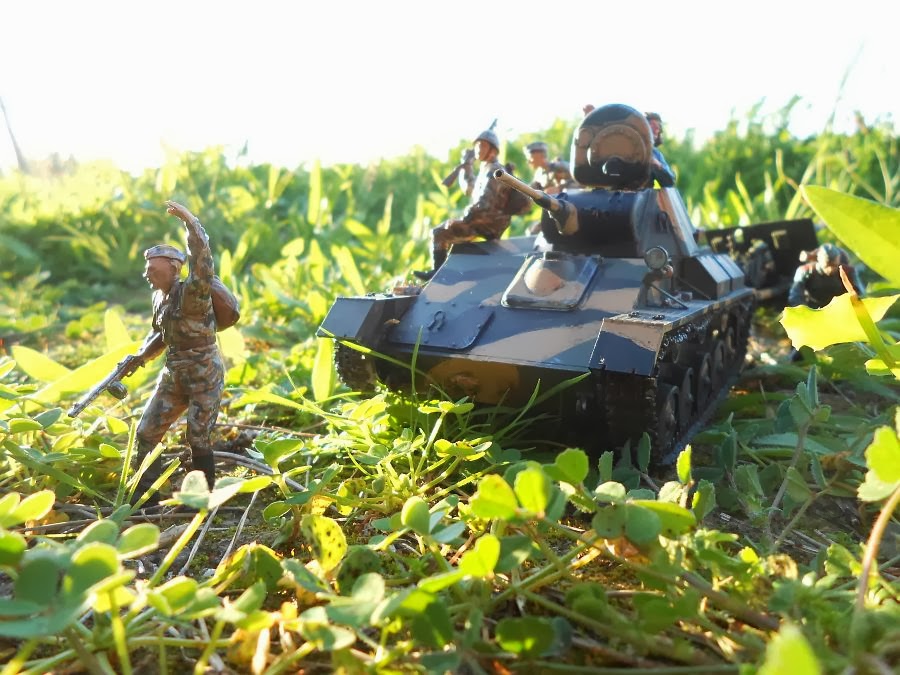 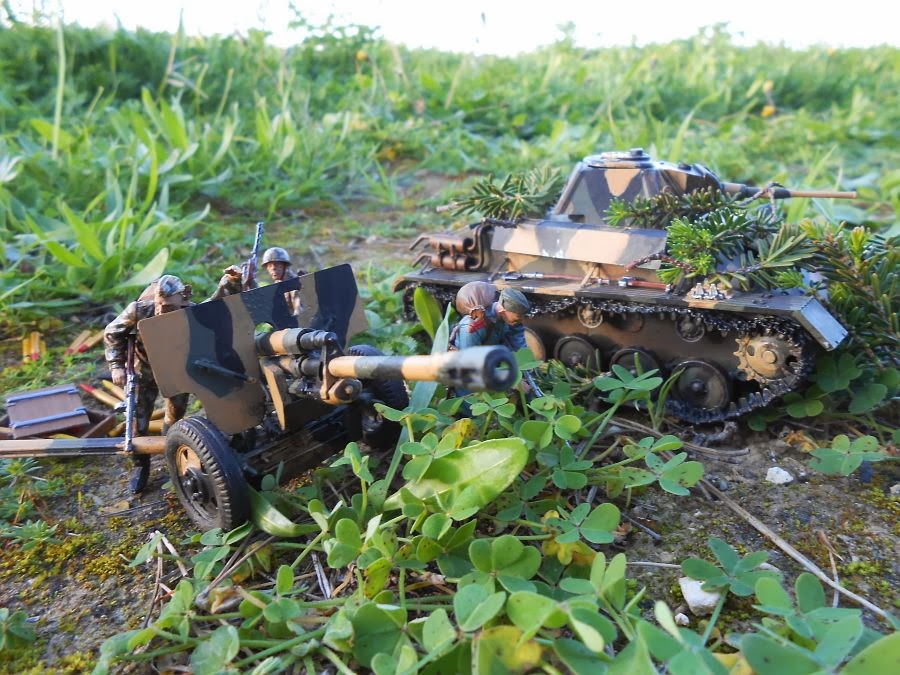 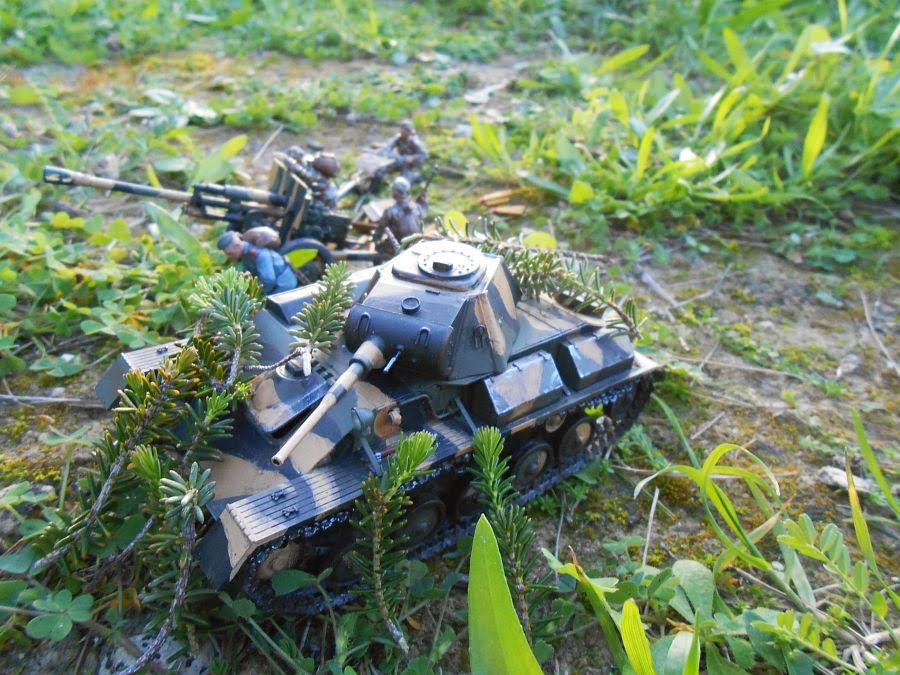 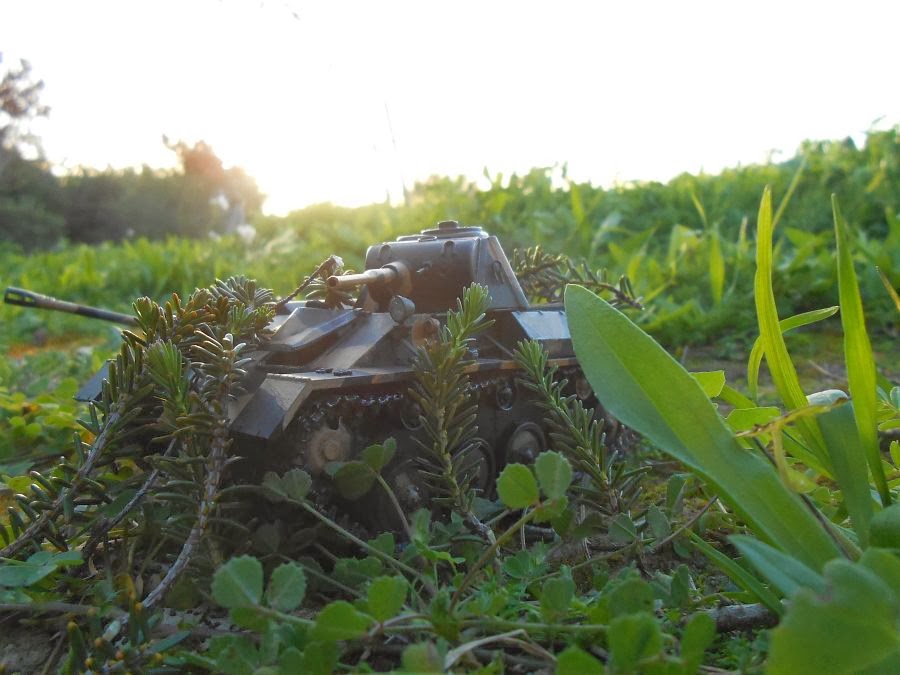 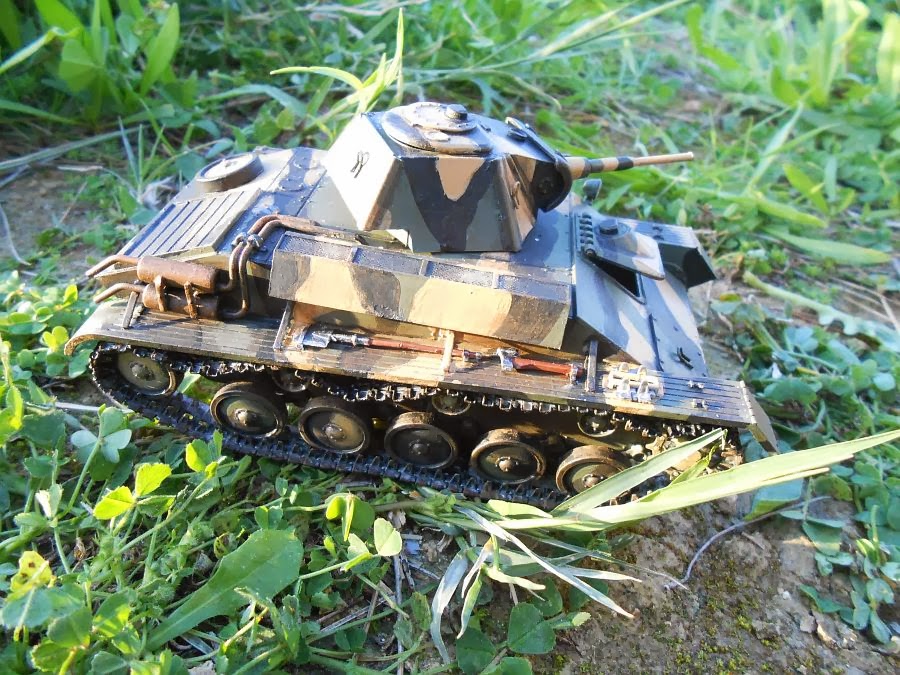 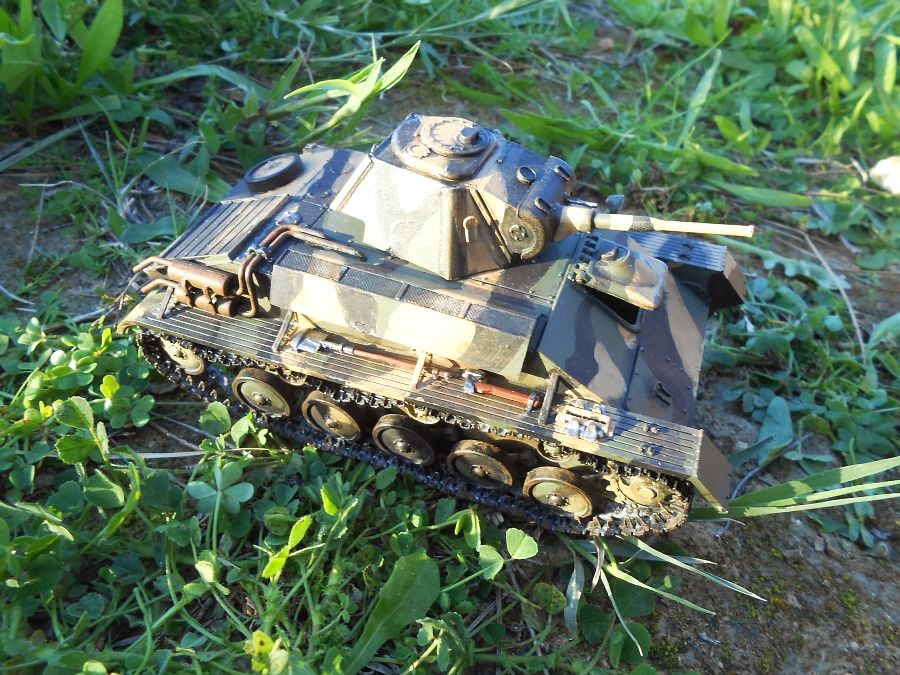 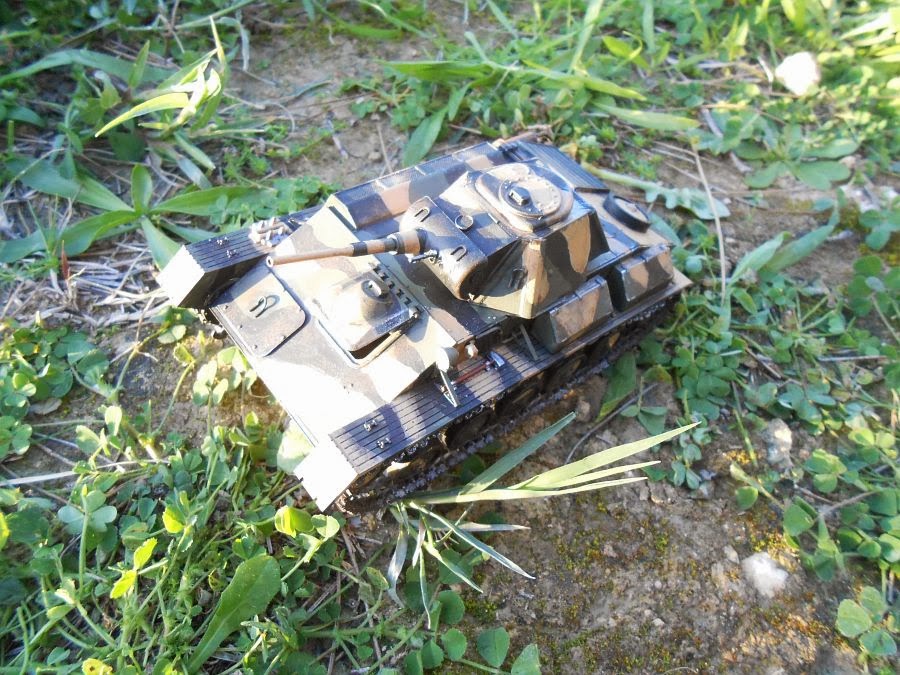 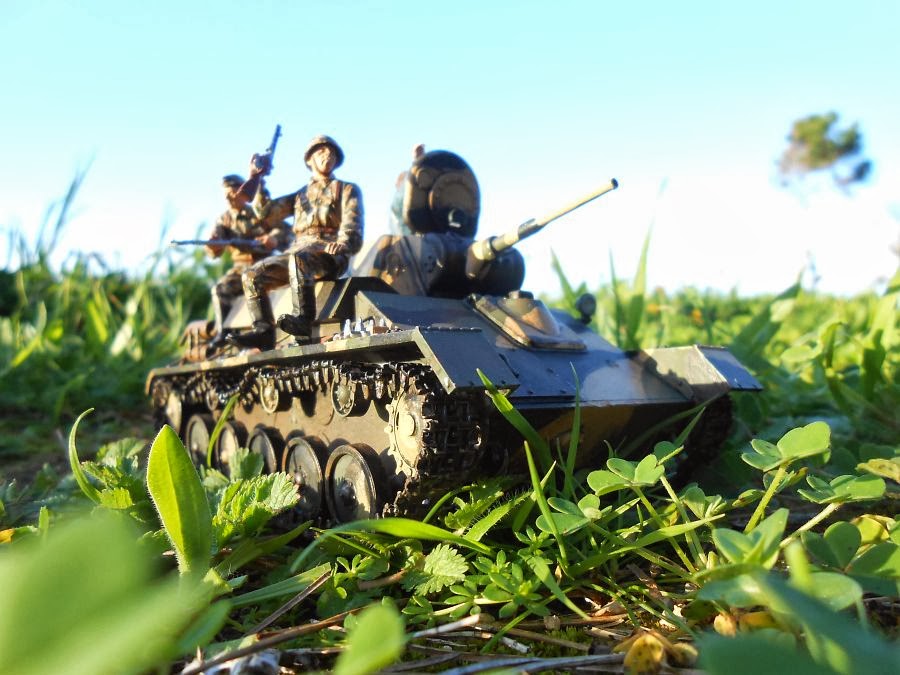 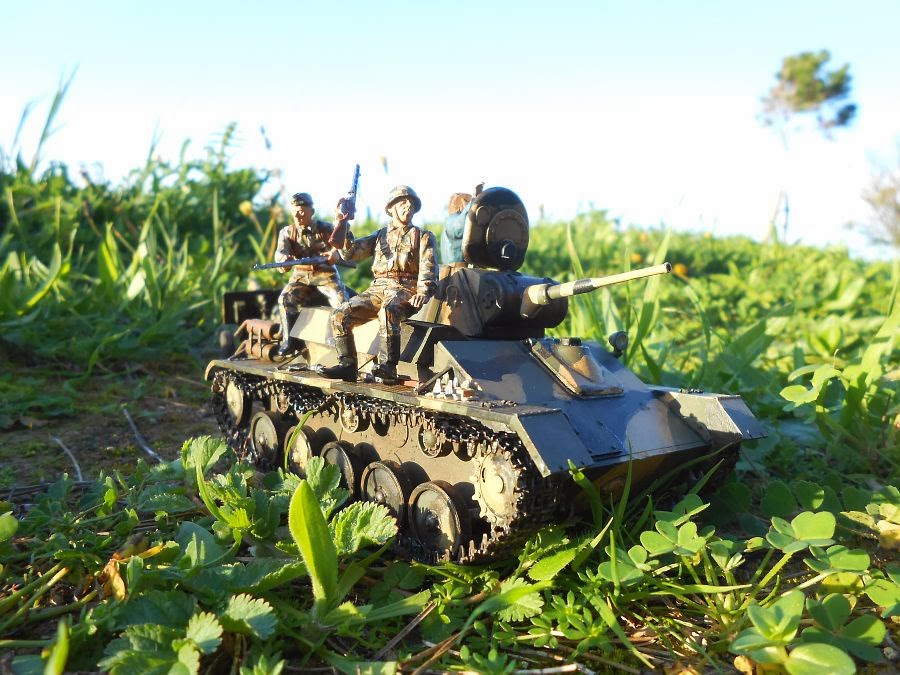 Here you can get inspiration on other MiniArt T-70s builds, gathered from the net; 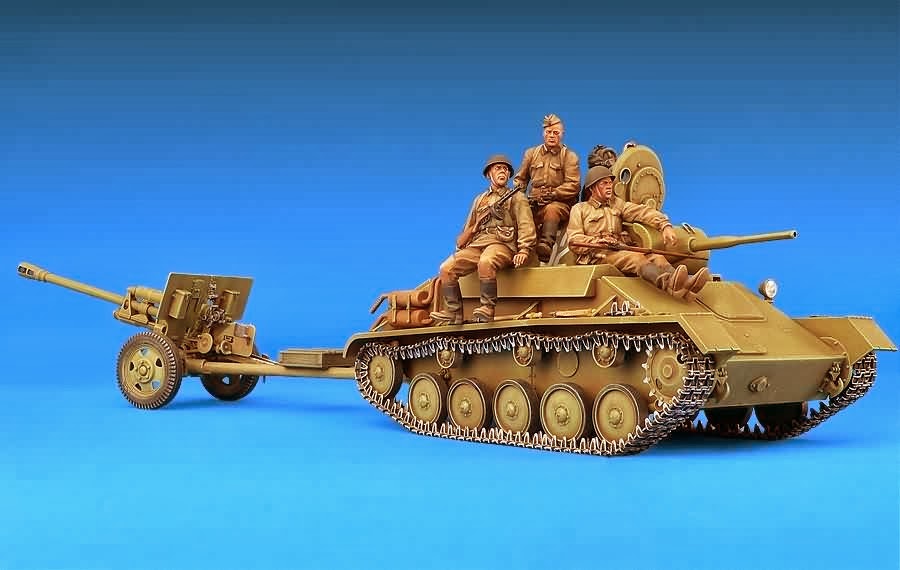 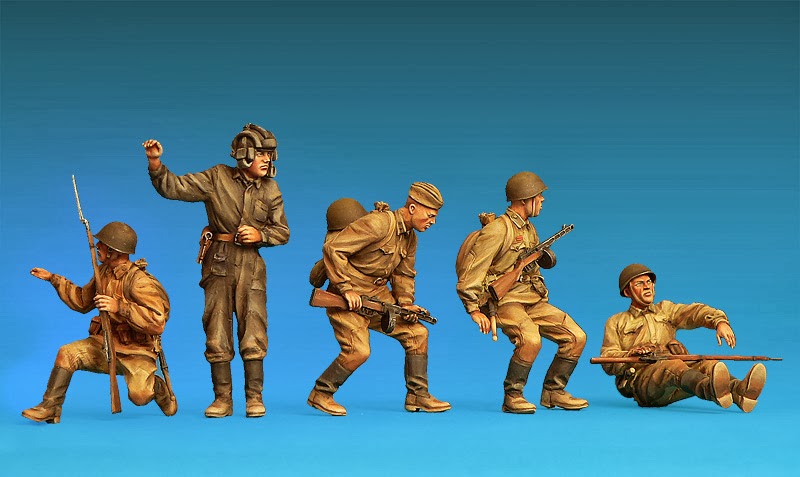 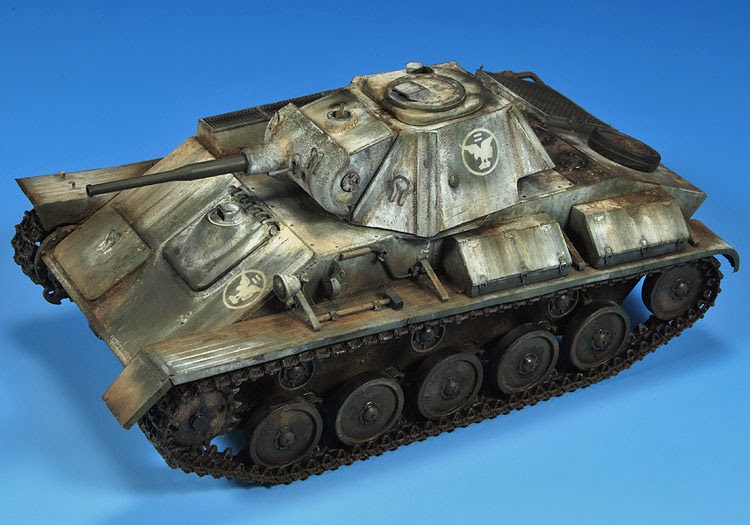 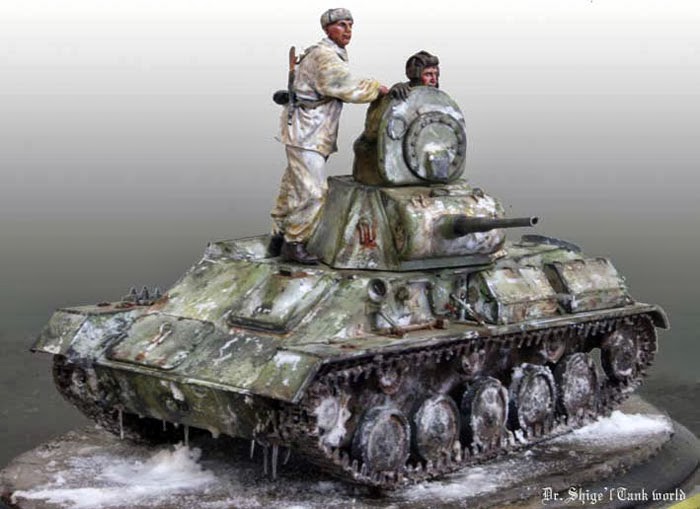 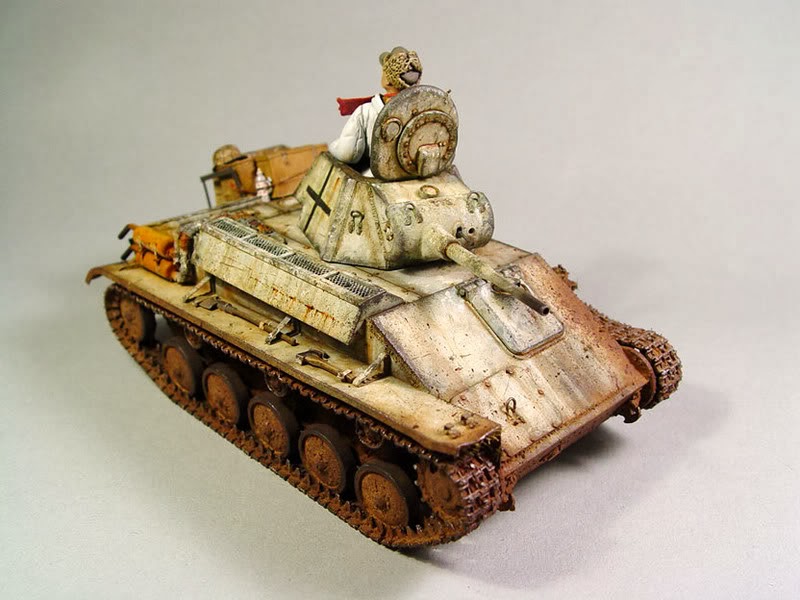 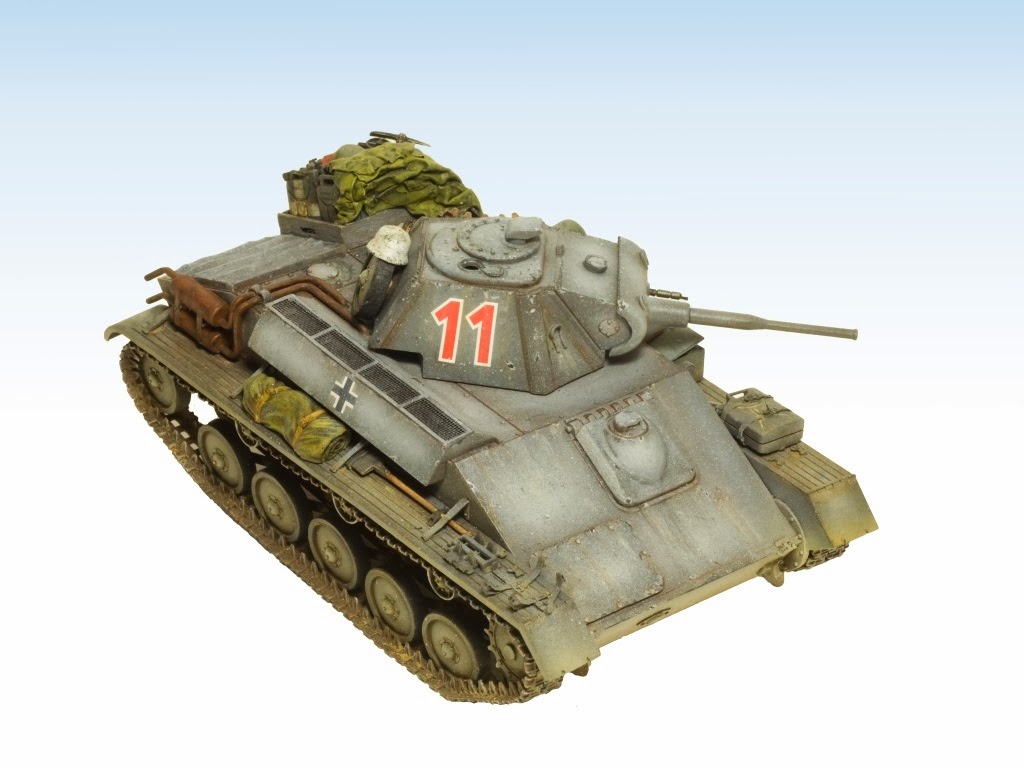 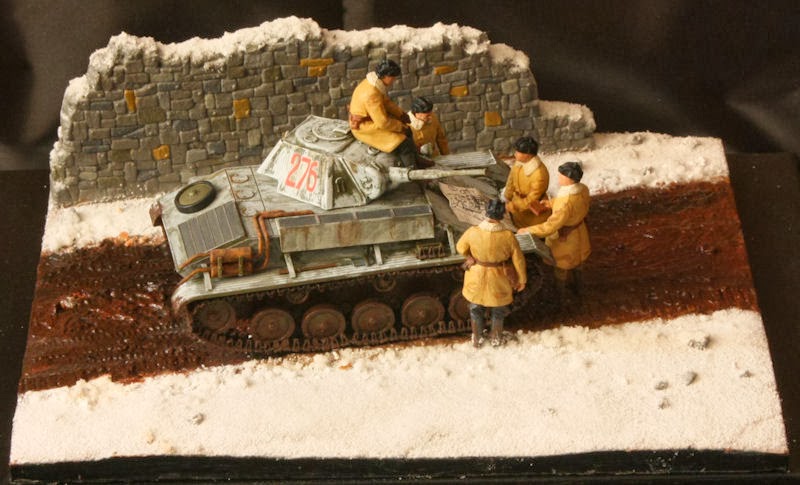 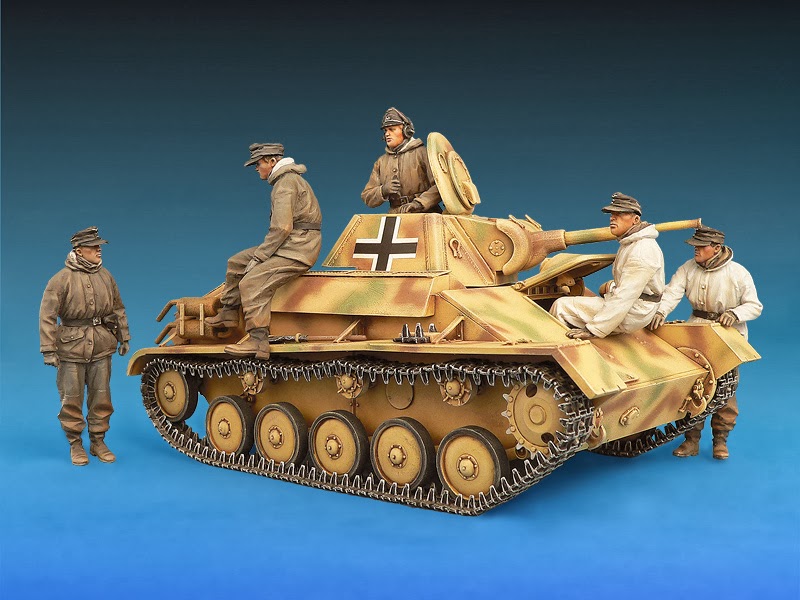