Egyptians against Hittites - at the foot of Geb

Here I post some pics I made years ago, of a battle between Hittites and Egyptians. I showed the infantries before, but not the chariots. You can see the wargaming uses of a Egyptian statue of Geb made by el Prado, that although a bit big in my opinion still looks well as a colossal statue.

The egyptians were the first time I painted so many figures at once (the infantry + the chariot set) and I was so happy of having found at last Nexus Egyptians for my wargaming armies. Before I got these soldiers, I didnt even knew that Atlantic existed. 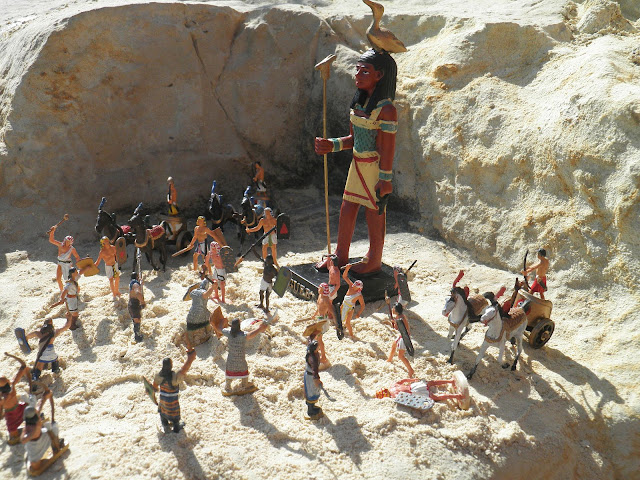 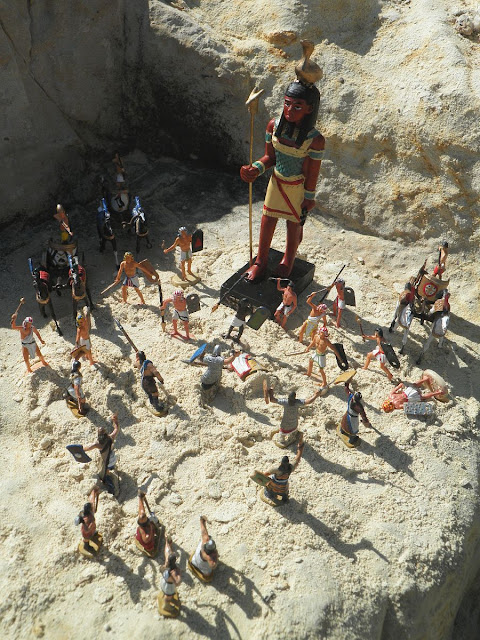 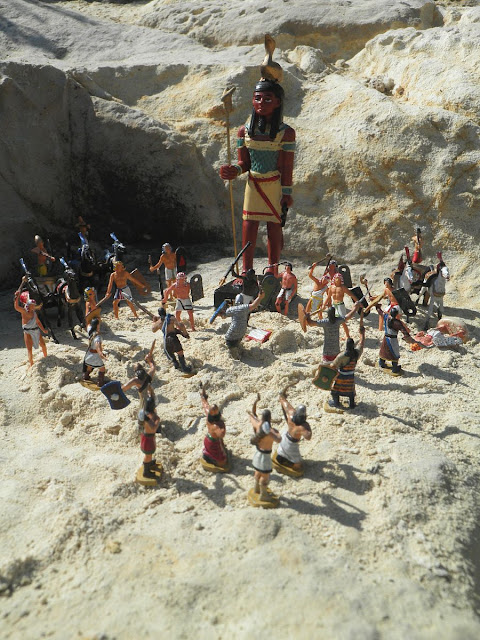 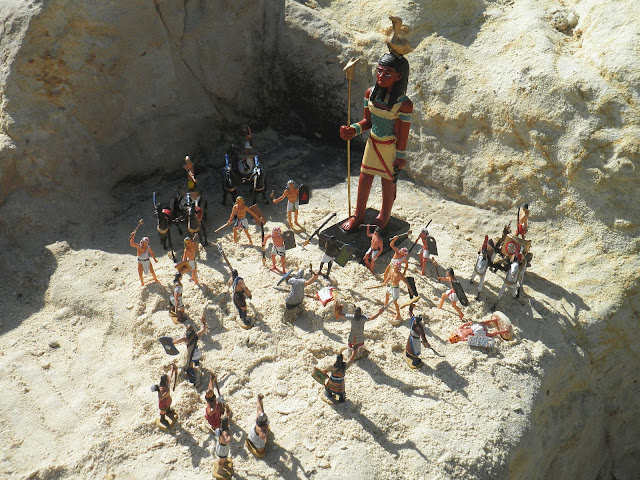 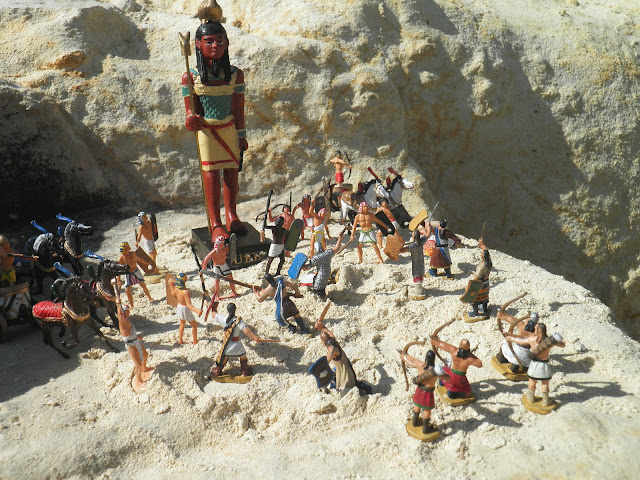 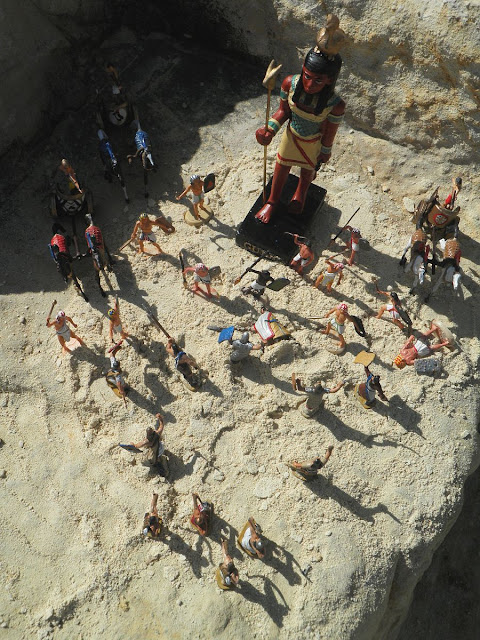 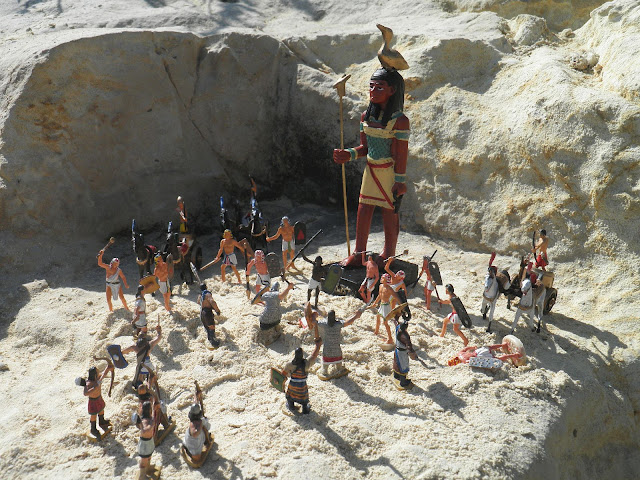 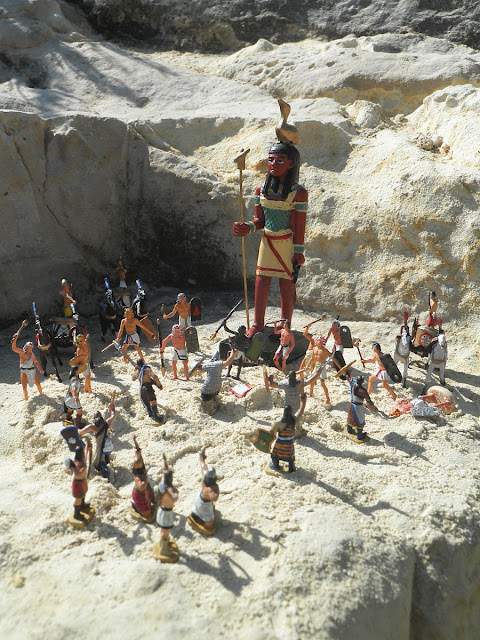 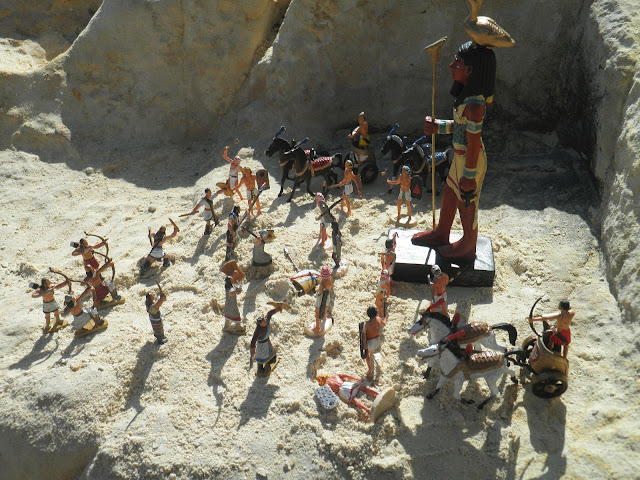