This are some soldiers I painted a very long time ago, but only made pictures this last week.

They depict some of the many Indo Greek Kingdoms that appeared after Alexander, properly the Yavana kingdom more likely.

Inspired by Rome II, and as much historical sources as possible. Not much is known about them, Greeks in the area intermixed gradually until losing their language and culture.

I had these spear Macedonian Cavalry with some damage, and I thought it would be cool to paint them and modify them a bit. I added two foot slingers that had around, and made some slight modifications to make them more "Hindi", and with their skin colour, considering there had been intermixing for a good few centuries. 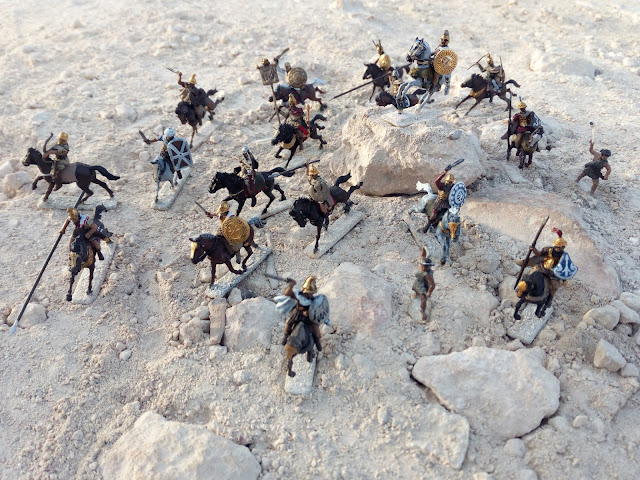 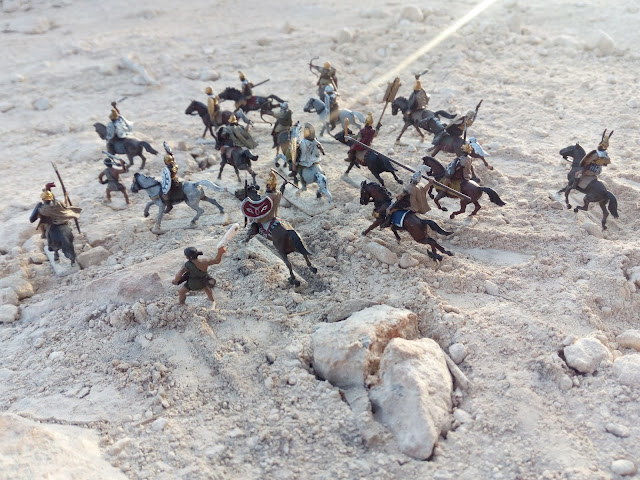 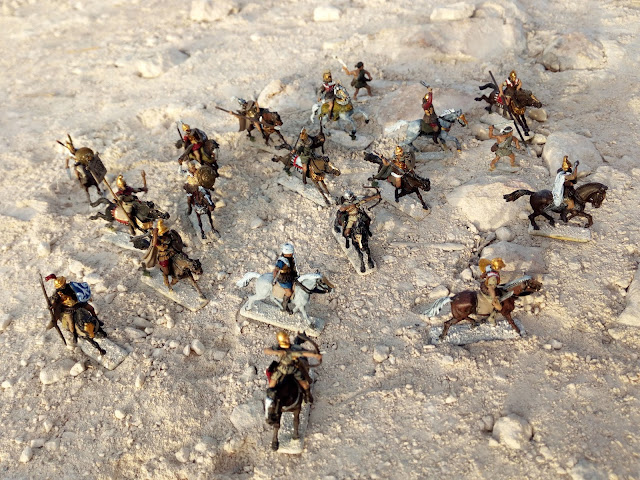 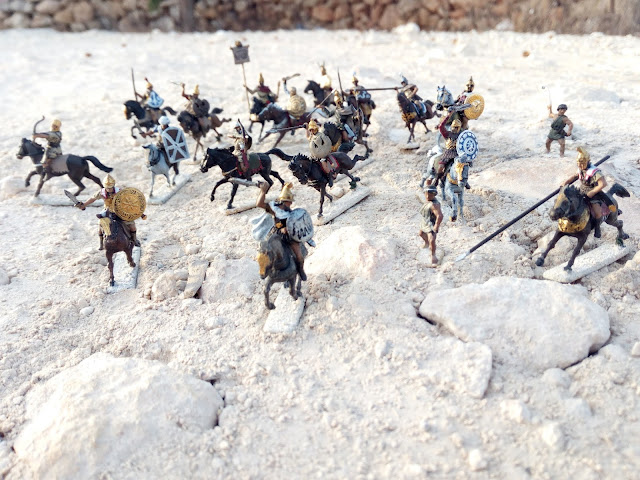 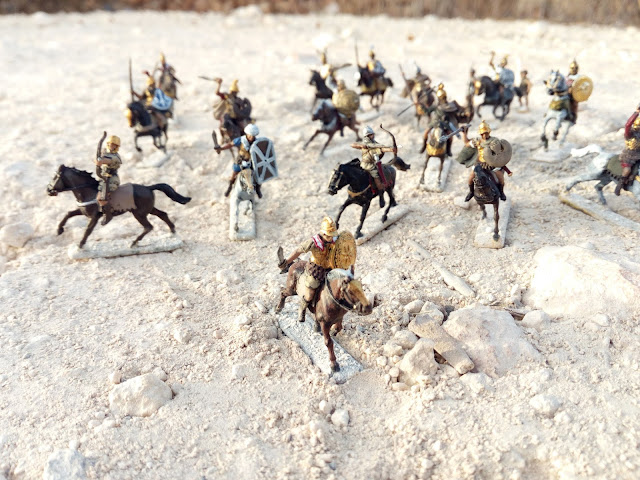 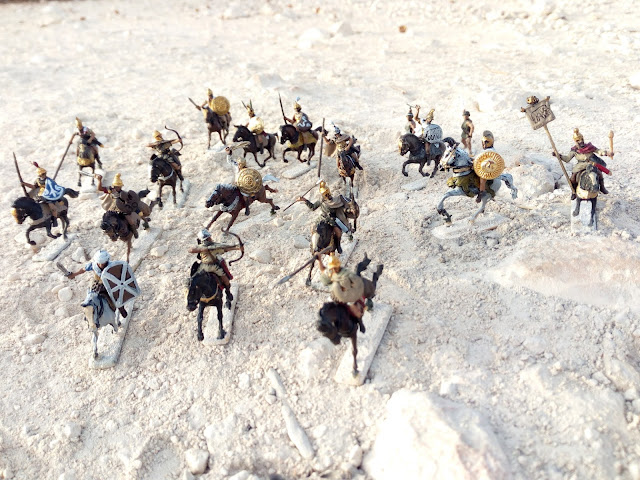 Posted by RapperMike at 4:19 PM