Here is my third project this summer  :-) . I haven't found the time to photograph the civilian romans in all their glory (would require a field trip, ideally) so I photographed the Turkish Cavalry of Zvezda, which I just finished yesterday, after being about 9 years in the making  :lol: .

I left them half painted, as I wasn't being very convinced, and I lacked some colours to finish them properly (I believe, it was gold and pink I think).

Anyway, a change of country and 3 removals later, with some damage to them, and more than one battle fought half-painted on wargames , here they are  :-) . I tried to make them very colouristic, but I saw the need for some light inkings-shadowings. I experimented mixing with the varnish, as I didn't wash before the figures, and all the same, Zvezda plastic is so slippery, that without varnishing your work has disappeared before your eyes in no time.

Hope you like them  :P . The Grand Vizier lost an arm in battle, and I had to make due with another Zvezda arm. If I find it, I'll rectify it  :-) . 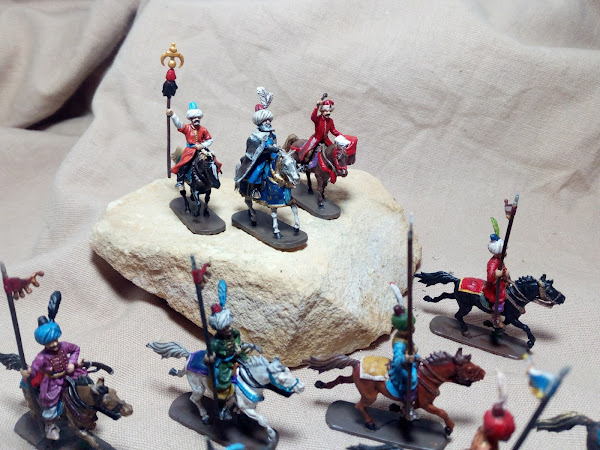 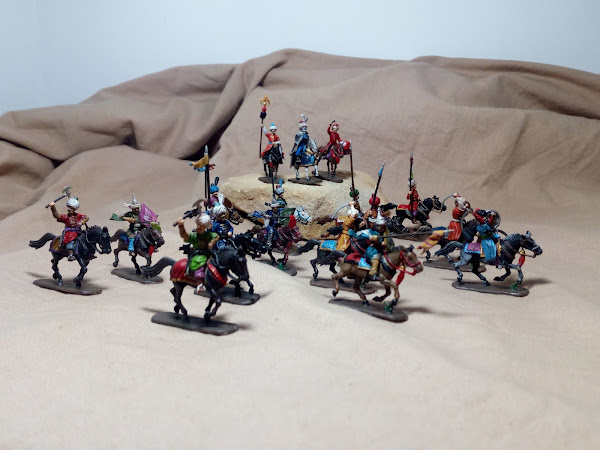 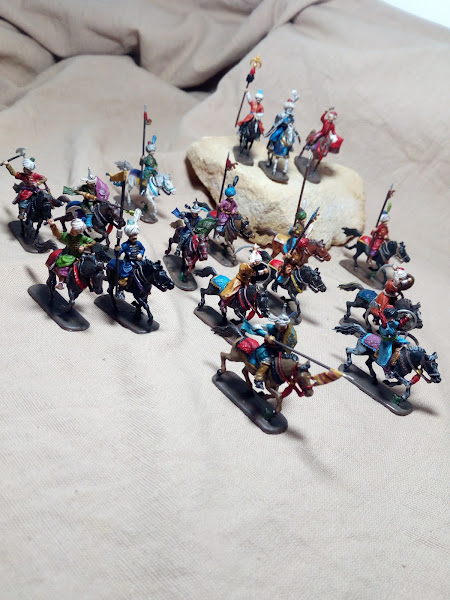 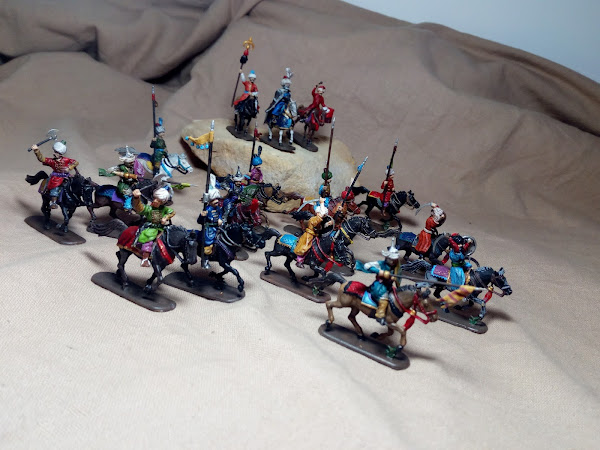 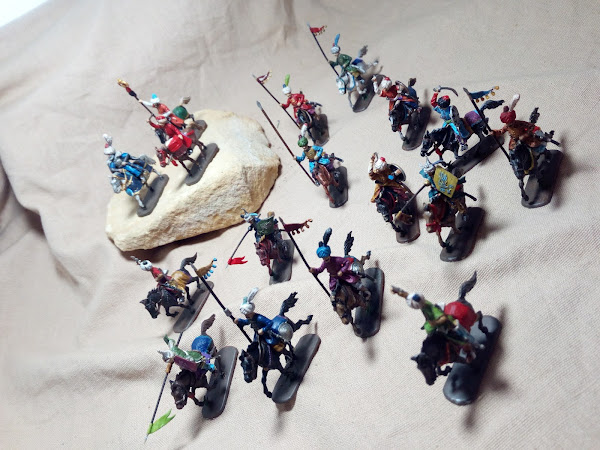 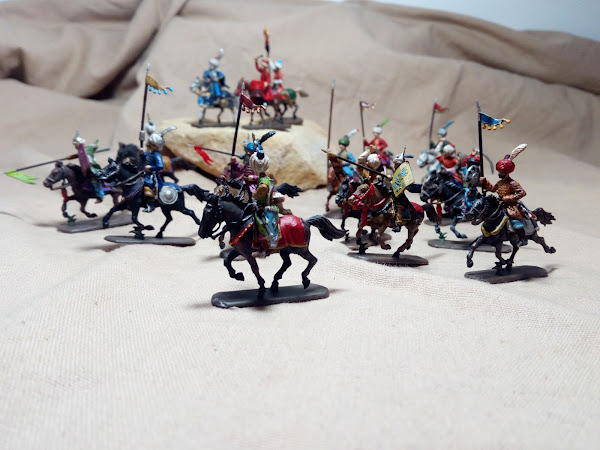 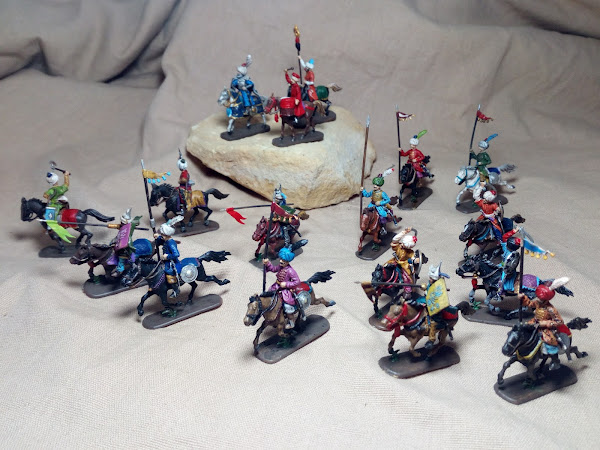