Here they are, I finished them about two weeks ago, but didn't find the correct time to do the pictures!

They aren't easy to photograph, I am afraid that the pictures are a bit dark, damn it. Anyway, hope you like the set up. They really needed full sun, but I could not stand up to it, even if the weather forecasted a nice drop in the temperatures, it was about 35ºc plus and could not stand that for a good half and hour of soldier setupping!!

Anyway, these are Roman Peasants and Market life. Plus the single Strelets Senator

, and a home made figure around. Houses are from a 1/87 Roman fort, there only to give a bit of ambientation.

This was the first time I tried to mix varnish with shadowings. In some I am afraid they became too dark, anyway, now I have more or less got the hang of it, one has to start somewhere

. In this way, I save a step. These come about at 84 figures, quite tiring to do! this is the first set where I airbrushed most of the skin colour. However, due to not having mastered yet the airbrush, it was left at half and I finished the other half. 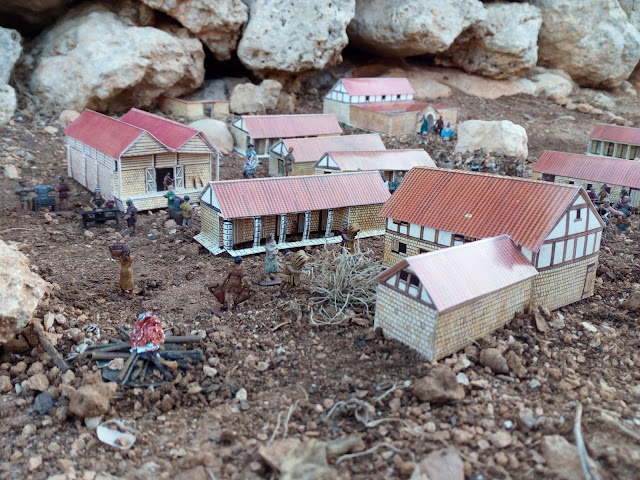 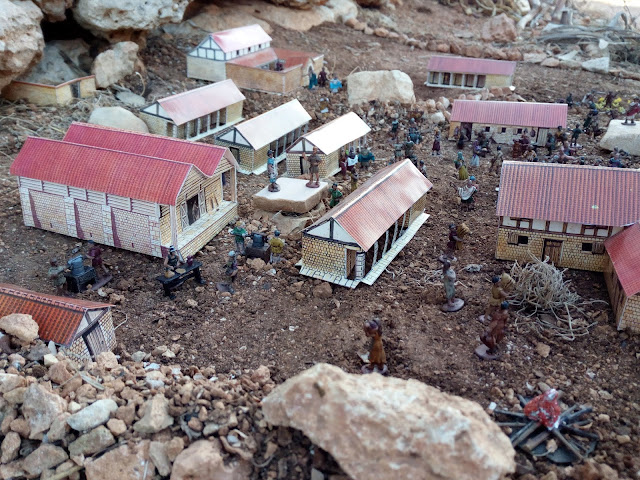 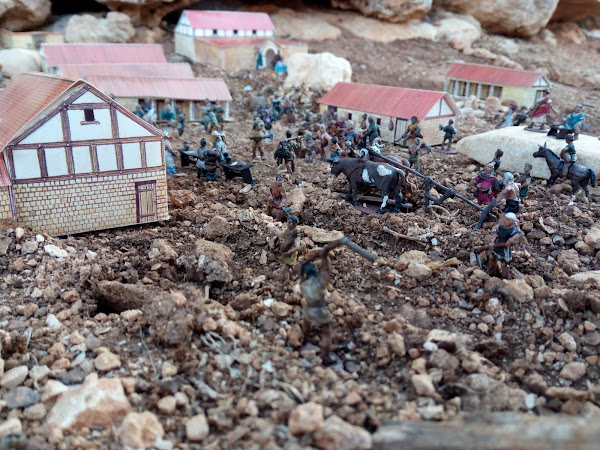 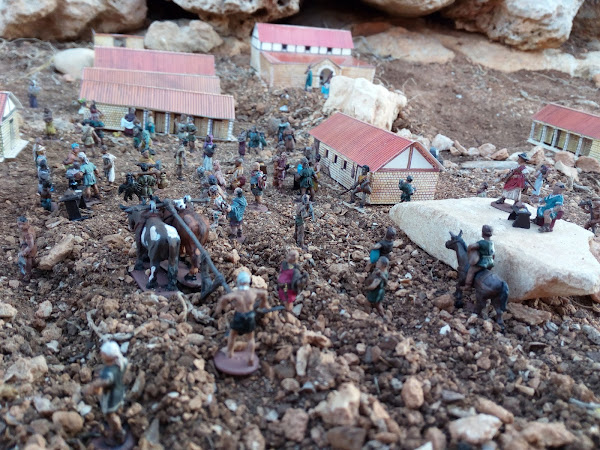 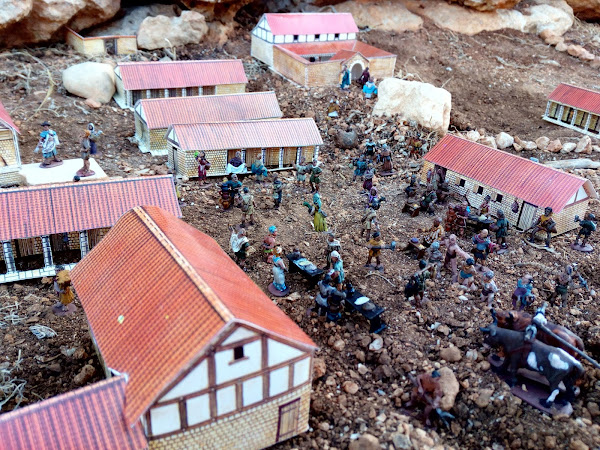 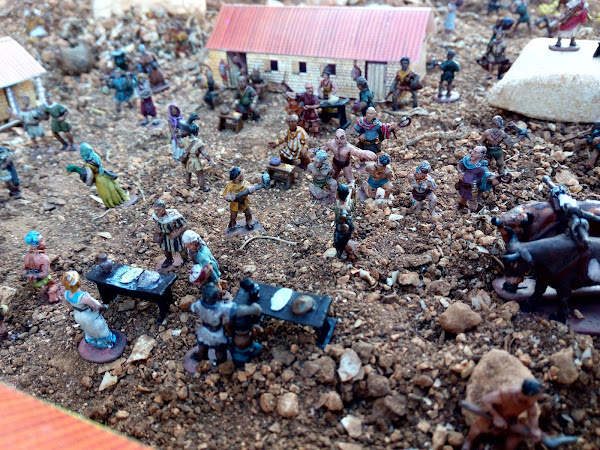 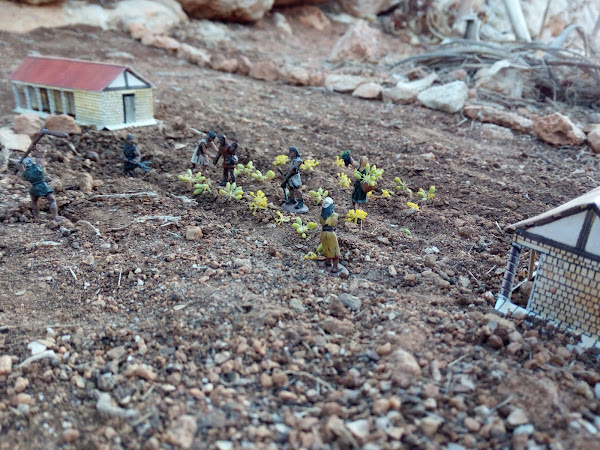 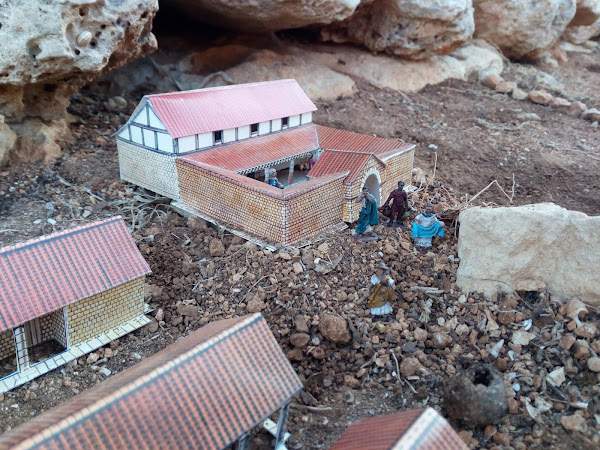 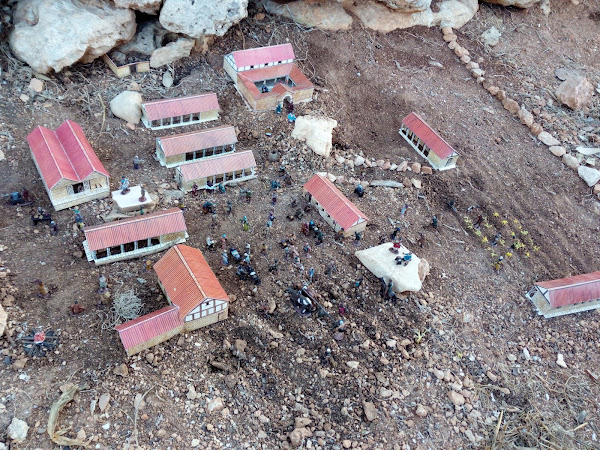 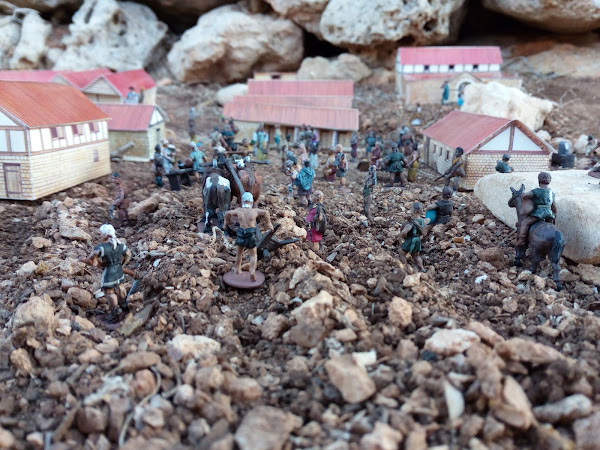 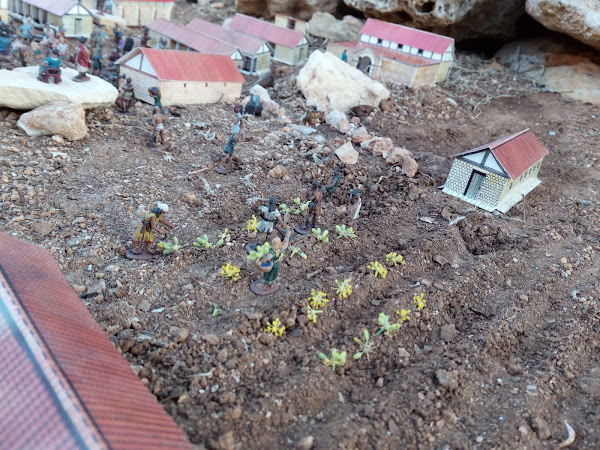 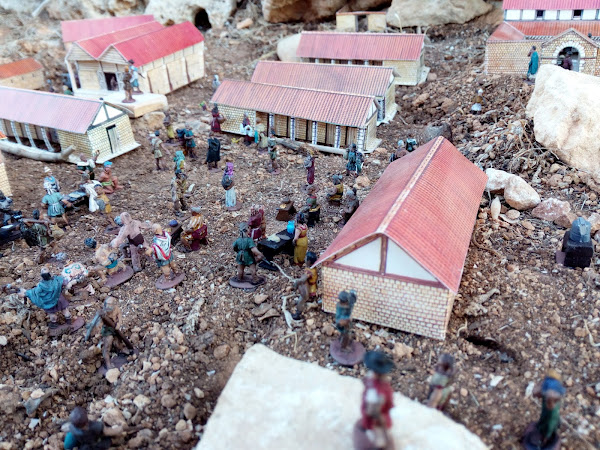 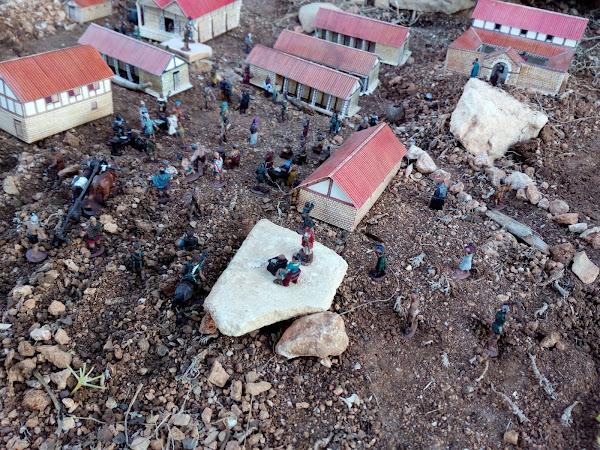 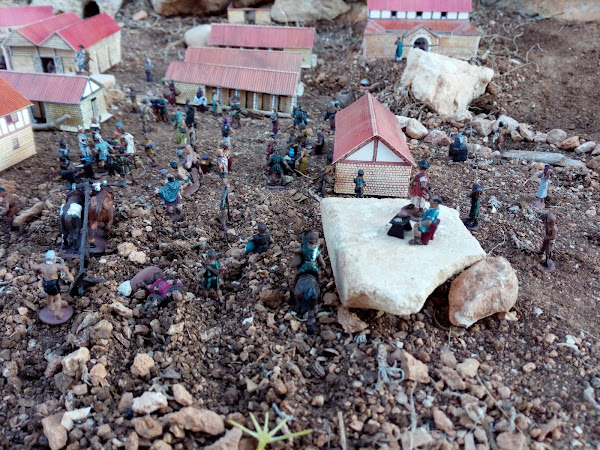 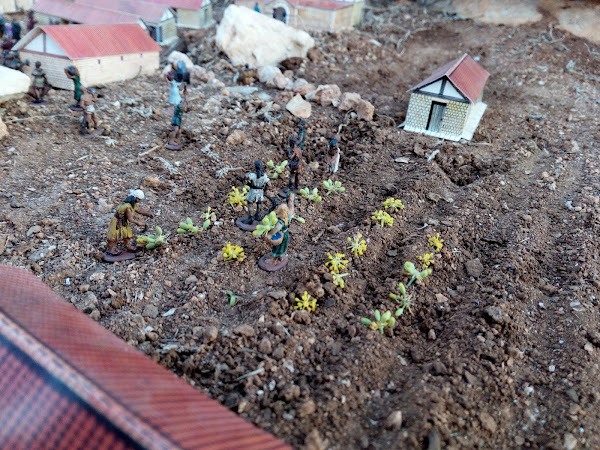 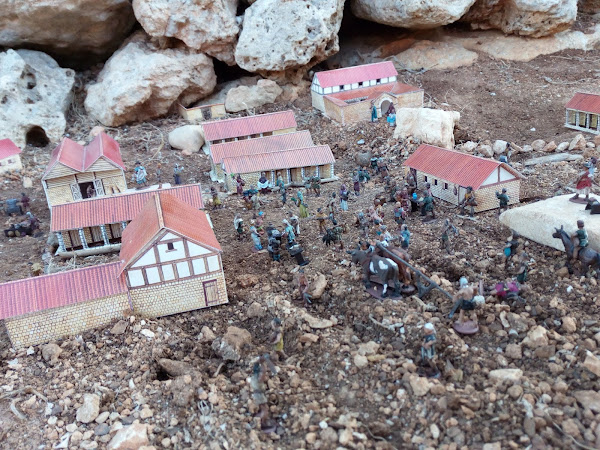 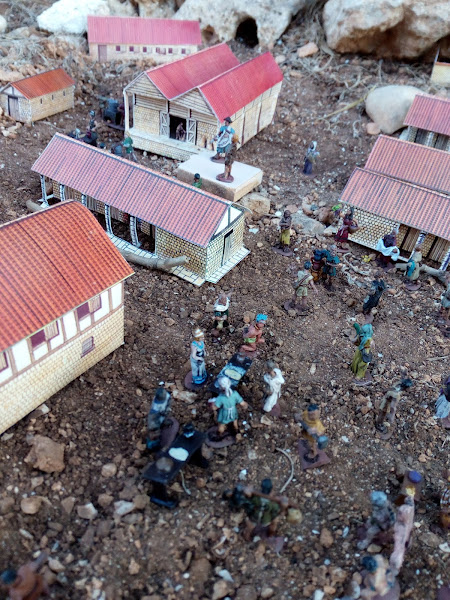 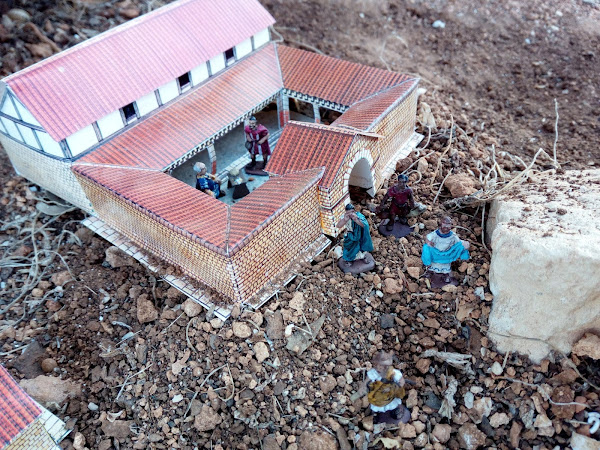 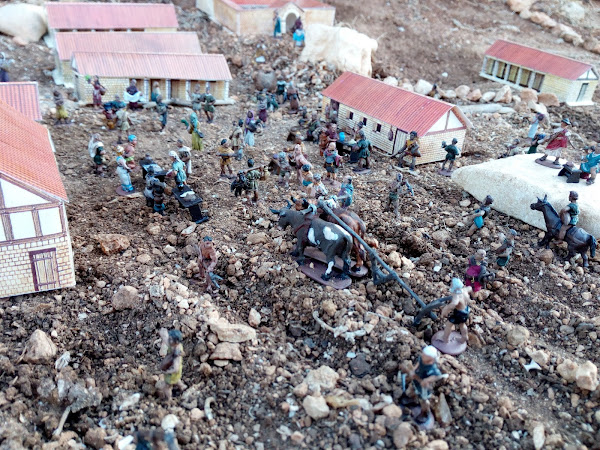 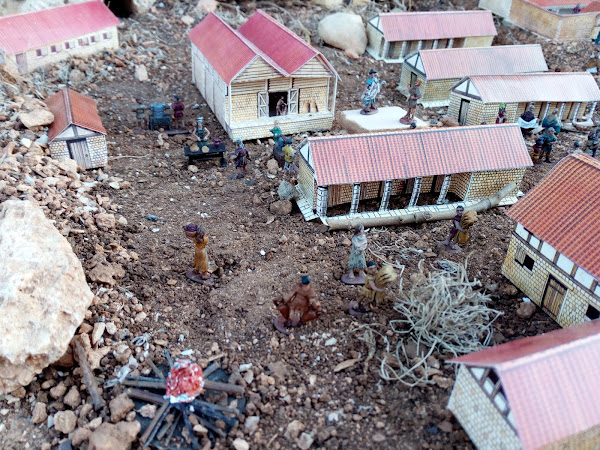 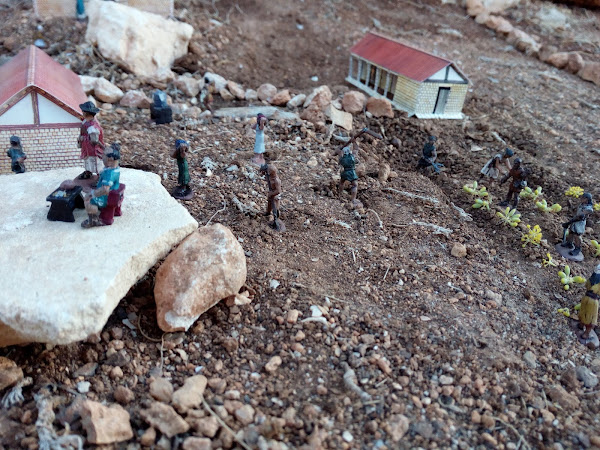 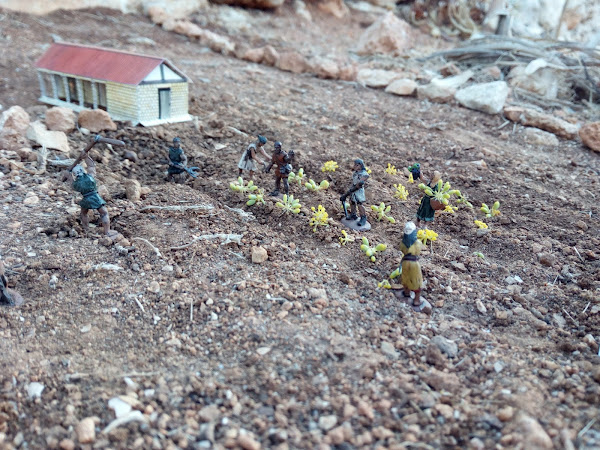 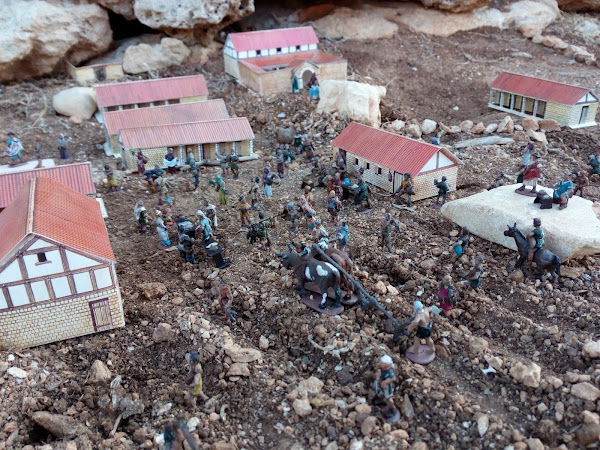 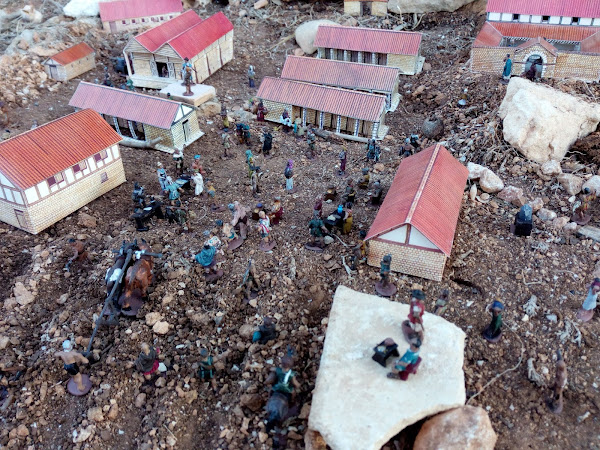 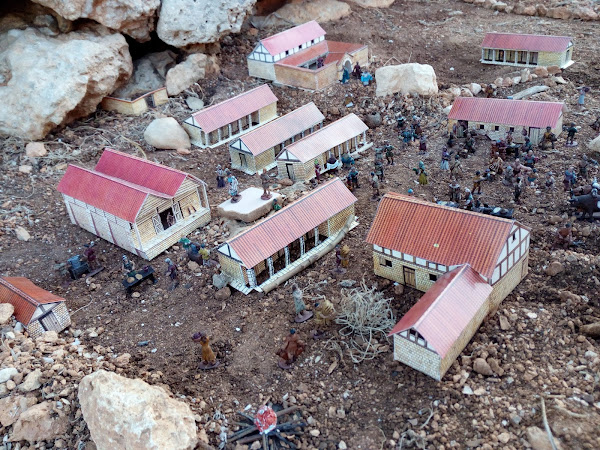 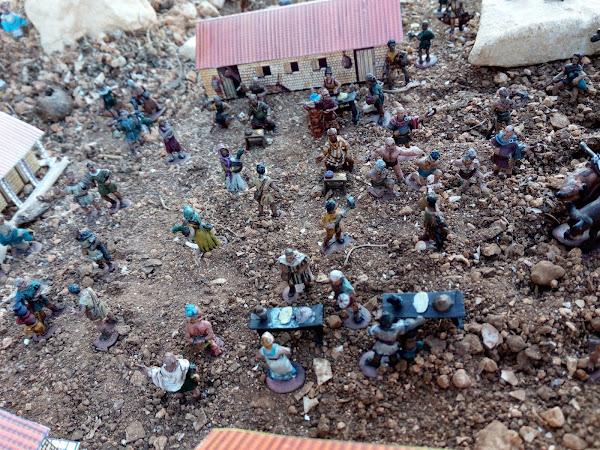 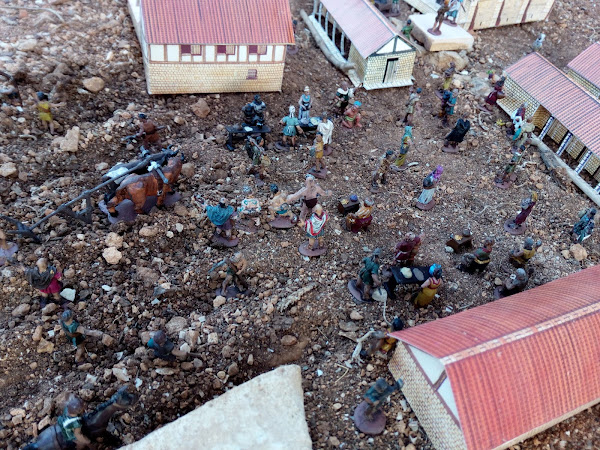