With holidays and with more time, I've decided to go on a bold project! After painting the ottoman cavalry, roman hastati and the roman civilians, the other projects I had left were rather unattractive, so I've gone to sculpt and then cast some obscure soldiers that will hardly be made.

In this case, I've gone for Urartians  :-) . Or ancient armenians, as some might call them. Tomorrow I'll cast them with any luck! 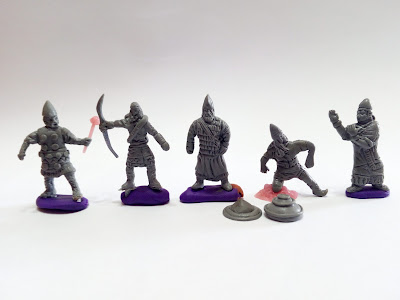