Today we review the most modern vehicle we've reviewed yet, the Panzerhaubitze 2000. Developed in the late 1990s, it is still in use and it is considered a state-of-the-art tank, and is starting to be exported to other countries. Probably, it will still be on use for several decades. We'll review the highly detailed Revell kit. 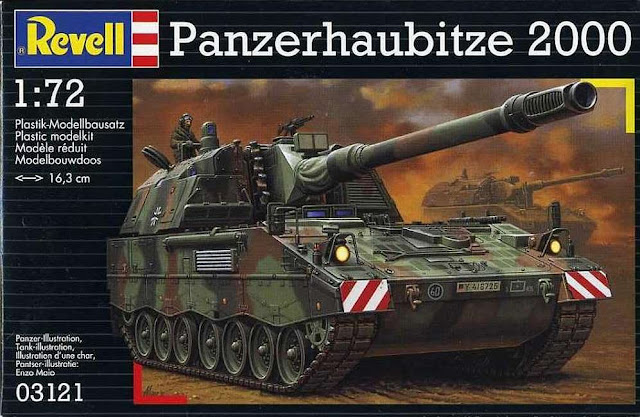 The Box; In the line of Revell, a very detailed artwork, with a lot of convincing power. I am not a fan of modern vehicles, but I specially searched for this kit, as it looks like a modernization of the Tiger Elephant.

it is a fully detailed kit, as one could imagine from such a modern subject. The detail is perfect and plentyful, and with virtually no flash at all. AS you can see it has many intricate details small bits and details on the top of the hull and turret, which have been all nicely done. It's a bit surprising that some of the tools and other removable parts are moulded on to the hull, and others require assembly, the ones of moulded in the hull look quite flat, so the advanced modeller will definitely remove them and substitute them for separate parts. The assembly is easy and the only complicate part could be the tracks which are rigid plastic and have to be glued bit by bit (although you get good long stretches of it).
The biggest criticism I have for this model is the lack of modern crew, at least one men would have been much appreciated, and even more when he is shown on the box artwork, and maybe even more knowing that it is nearly impossible (if it is indeed done) to get modern tank crew for a German tank just like it looks on the box artwork. Besides this, there is no option of leaving the hatches open, as even they are a separate part there is no hole underneath, so you will have to drill and modify if you want to include a driver and give a bit more of life to the model (only the hull hatch has a hole).

a very nice and perfect model kit, that can be very easily translated into a superb display piece. Also, being a modern Revell kit you can pick it from a shop or from eBay at a very reasonable cost. As a recommendation, I would suggest buying it from the Revell special set with tank transporter and armoured car, which I tried to search for but in the end only found the separate tank.

I went for a camouflage I found in the net, a experimental digital camo. I am not sure if it has really been done, but as his operational history is still not over, why not it could be painted like this in a near future? I only applied the generic decals, leaving it without nationality, but it is supposed to be a Qatari example, where it has been exported. The other options are only Germany, Netherlands and Greece, at least up to this date (September 2015), which their camouflages are very similar and standard (the three-toned german modern camo).
I used Tamiya Clear Blue to get the mirror effect on the visors, and painted with different tones of orange and yellow the lights so they look as if they were open. I applied various coats of dark brown and black paint, thinned with water, to make pop up all the details that Revell has offered us.

If you have read and enjoyed this review, I will greatly appreciate that you make 1 or 2 clicks on the ad below (or any advertising on the blog), that will help me in keep making more reviews! 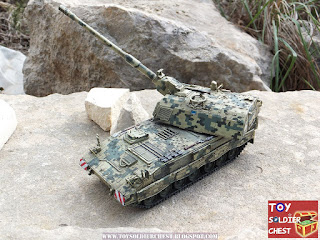 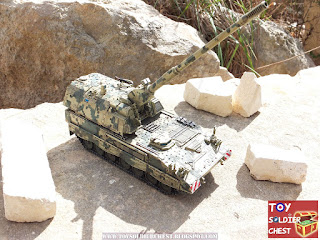 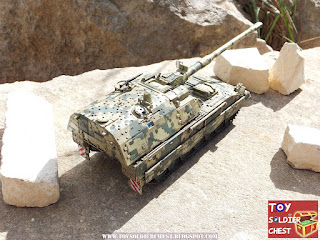 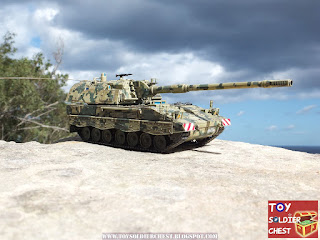 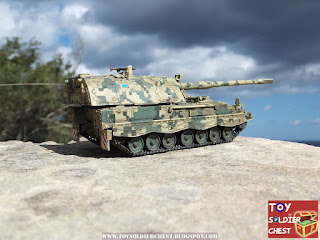 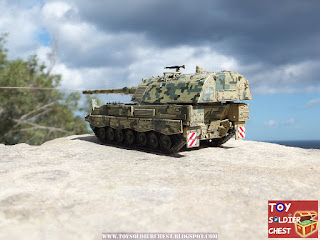 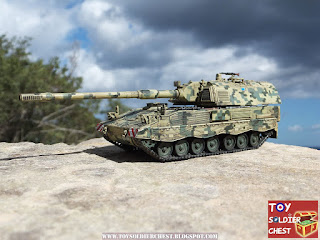 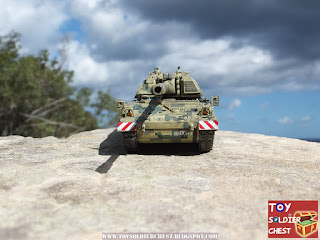 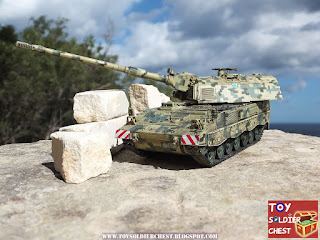 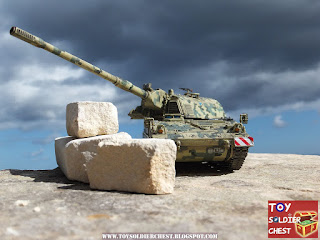 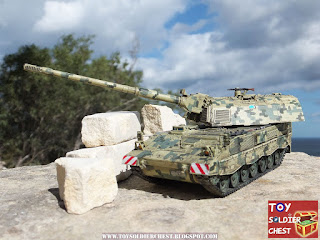 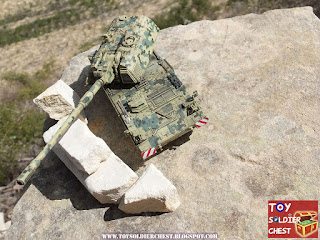 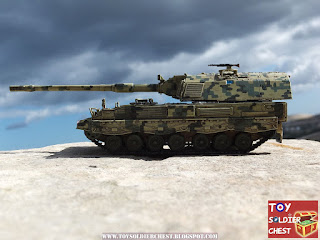 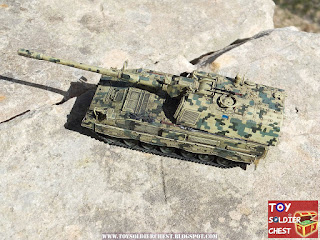 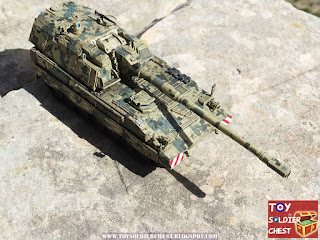 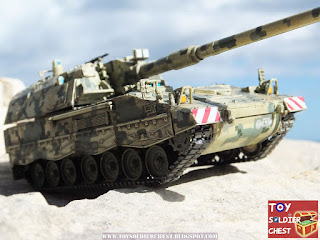 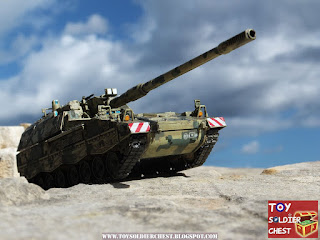 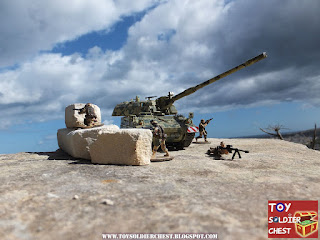 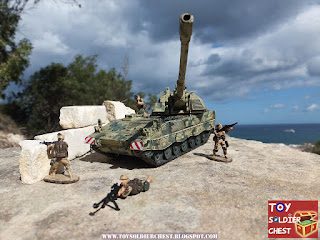 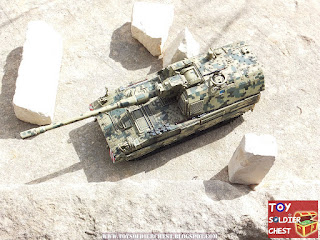