Welcome to again a new review, this time the Stearman Kaydet from Revell! ; 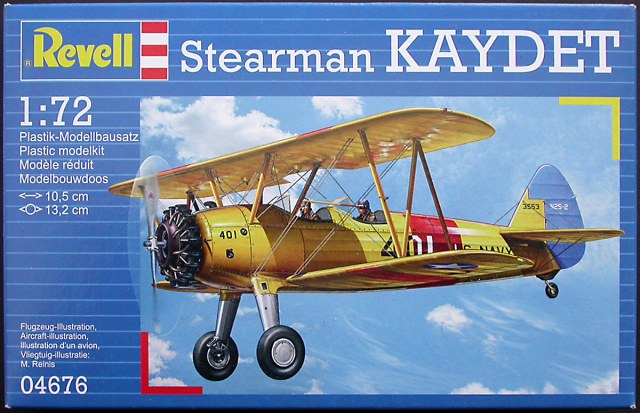 A nice and colourful box, which invites you to buy the kit. I was many times at the point of buying it, but I am usually allergic to aircraft that didn't saw combat during WW2, although, as I later discovered, I was wrong. Anyway, this box does the job. 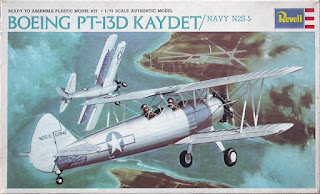 This artwork is interesting and well done, looks a bit old fashioned, and I usually prefer artworks from the front, but it's not bad, as it looks very militaristic and operational with this colours. 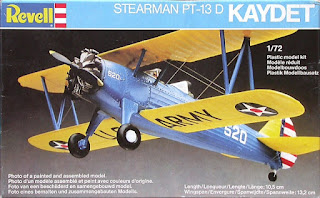 This box from the late 80s is quite pathetic, from the times of the fashion of showing the built kit. It's not that the kit is badly done, but is poorly photographed. Done with a nice background, or moving the propeller, or simply before taking off on the ground, but like this it looks silly and really puts me off buying it.

The Kit
This kit is extremely old, it is a 1960s reissue. A very fine kit at that moment, but after thousands of copies made the moulds are not what they were. When you open the box (that is quite small) you find with a even smaller couple of sprues, and when you when 1960something printed on it, you feel a bit dodged, but anyway, the kit is usually very cheap. As always, if you can get a vintage kit, much better than the latest release, if you are not bothered by the decals, which in the new version are of the highest quality.
One of the good things kit is that it is already in yellow plastic, so even if you want to paint it, it will be much easier than covering another plastic colour, and will give a much better result with the always tricky yellow paint.
You need to be prepared for lots of sanding, but all the same this was a good kit, so at least parts, when properly sanded, do fit. In a short morning you can finish the kit. Of course, as a biplane, I strongly recommend that you use solvent instead of super glue, the upper wing will thank you for it.
As an old kit, you get two very nice pilots, although they look like more 1930s adventurers than a instructor and  a learner of the USAAF.
Both wheels and propeller can be built to turn wonderfully, adding a very nice toy feeling to the kit.

The Verdict
A very fun model to build, and for such a low price I strongly recommend it. After all, it was one of main trainer aircraft of the USAAF, and it served with the civilian air force in helping patrolling the coasts of United States, and they even succeeded in sinking two submarines.

My version
I was hoping to find some Chinese Nationalist version, or a WW2 Thai version, but surprisingly for me, nothing of the such could be found. I was at the point of giving a radical modernistic scheme with red yellow squares, or a black & gold modern civilian version, just for the fun of it. But the I came over the Civil Air Patrol markings, and they semi-operational activity, and I was convinced to do it like that. I was even at the point of building it straight-out-of-the-box, but I always find dull to make what the manufacturers suggest me.
Even if it is known that several Stearman Kaydetts served in this air force, no actual pic can be found. I was tempted to paint it maroon as some aircraft did, but as it looked a bit improbable that that colour was applied to a Kaydett, and I had a beautiful yellow surface to work on, I went for a blue and yellow version like some other very similar aircraft used in the same function.
I love how the insignias look, as it is something you are not used to see, it seems like a short-lived 1930s nation.
I only applied a slight coat of yellow over the plastic, and then highlighted the ailerons painting black lines between them. It might give a sort of toy sensation, but I kind of like it as it is, all the same, a Kaydett wouldn't have gotten very worn, so I went for a clean look this time.

If you have read and enjoyed this review, I will greatly appreciate that you make 1 or 2 clicks on the ads on this blog, that will help me in keep making more reviews! 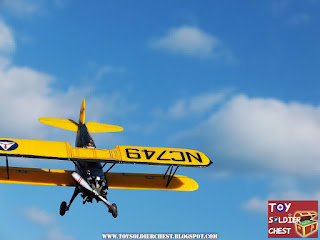 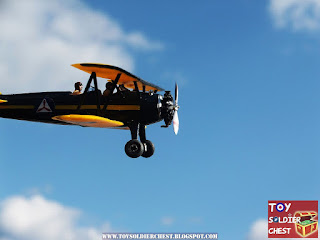 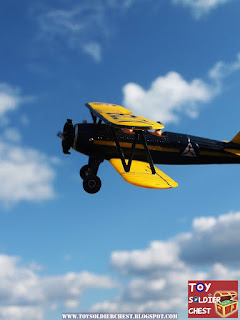 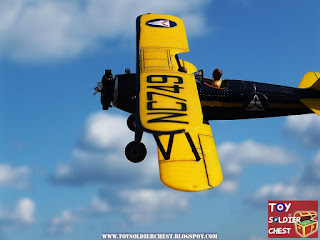 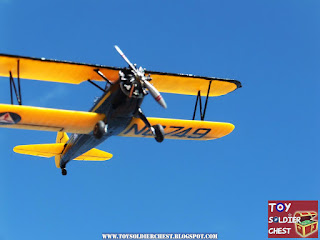 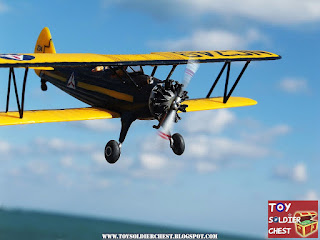 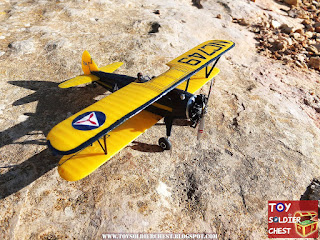 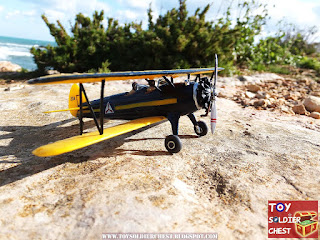 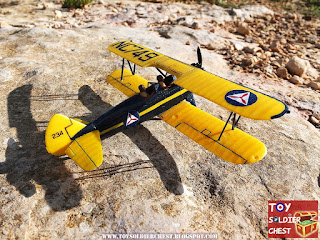 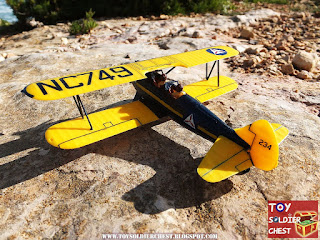 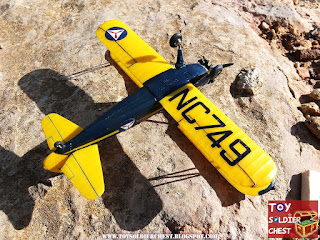 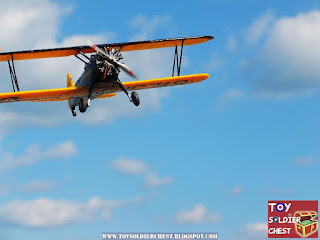 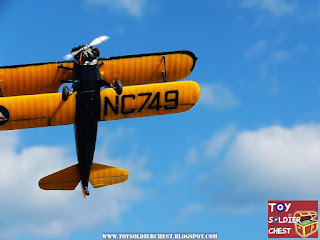