A rather unexpressive box, with a version shown which I don't care for too much. The artwork is well made but it isn't not in thrilling action or being exceptionally imaginative. 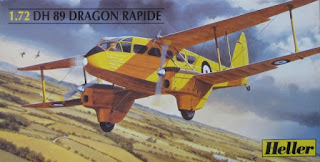 A much improved version in my opinion, making a good use of the perspective.

Not bad, with a very 1950s looking style, even if rather unmilitaristic for my taste.

A very fine kit, at least in it's first Heller releases. No flash to speak about, and very fine parts, everything fitting together nicely and tidily. The interior is a bit basic, and the chairs and other apparatus looks smaller than 1/72.
The wheels and propellers can be made to turn perfectly.
But albeit looking like a very fine model, I consider in overall it looks wrong. I always thought it was quite a stubby airplane, and I was surprised to see that it was so small and thin in all aspects. Although the measurements are ok, I am nearly sure that the thickness and width of the wings, fuselage and motors should be much greater, it simply looks strange when compared with real photographs. It's a kind of overall feeling, but I can say that at least the engines should be wider and the wheels bigger in overall. I am not picky usually with this kind of small inaccuracies, but in this kit they have built up together to combine in a very perceptible problem.

I would say search for a alternative model kit or wait for a new release, as this kit will possibly leave you unconvinced, at least it is for me. You can always try to fix all the small inaccuracies, but being a problem of overall dimensions you will have a hard time in doing so. The model kit in itself can be slightly hard to find, but nothing that 20 GBP cannot buy. 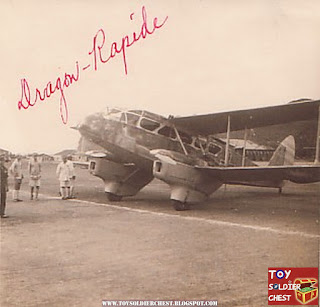 I was a long time researching information for this kit, hoping to find something to find something truly exciting and operational. I was attracted by the Lithuanian version (which I struggled to find good images) but the overall dullness of the dark green put me off, it wasn't thrilling enough. I googled, googled and googled again, and finally found something new and unusual. Having read that some were delivered to Nationalist China, I googled in that direction, and finally found two pics of those airplanes. The first shows the aircraft in use as aerial ambulances, which isn't very combative and similar have been seen before, but the second one is really different. It shows how it has received markings from the Nationalist Air Force, received the colours in the tail fin and what apparently looks as a sort of camouflage (definitely, not plain white!). I couldn't resist to such an obscure version. I interpreted it as the Nationalists ended up using the ambulances as military transport, or simply camouflaged them as the Japanese weren't respecting too much their air ambulances (as you can see, there is still the red cross on the fuselage). I considered for the upper wing the markings would have been added too, and that it would have been painted green and the wear will have shown the white underneath.
I built this model some time ago, and nowadays I think that perhaps the green would have been applied rashly over the white as a camo, and not painted completely on top of it and later worned off. Maybe the green should have been darker.... anyway, there is plenty of room for interpretation, as the rudder fin looks very worn and faded off.

If you have read and enjoyed this review, I will greatly appreciate that you make 1 or 2 clicks on the ads on this blog, that will help me in keep making more reviews! 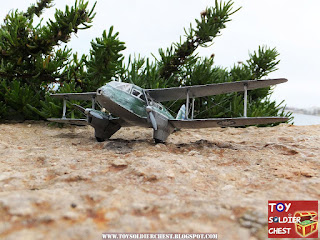 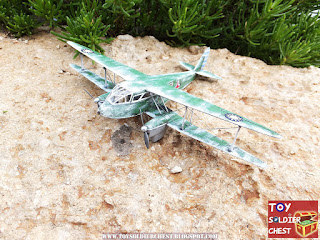 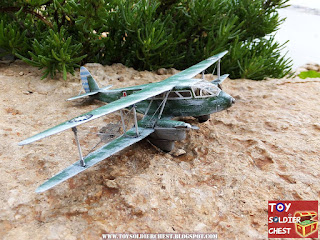 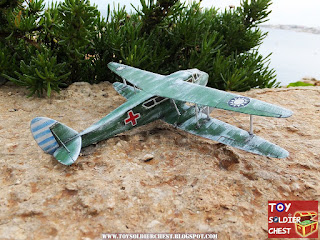 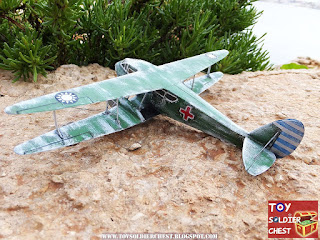 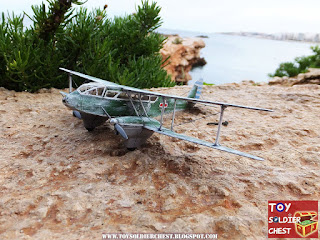 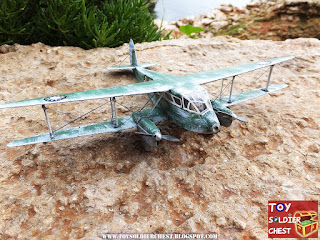 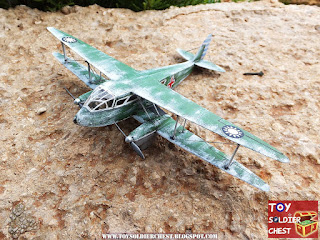 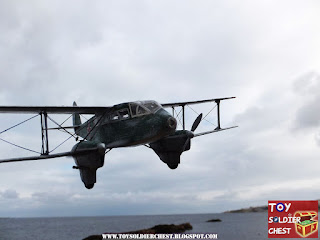