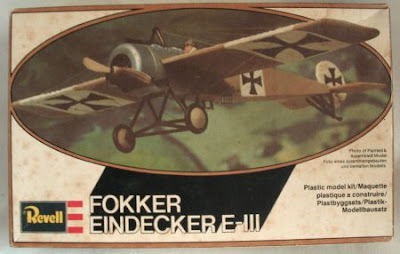 A bit too vintage for my taste, it seems taken from a wartime magazine! the exterior design is quite different. 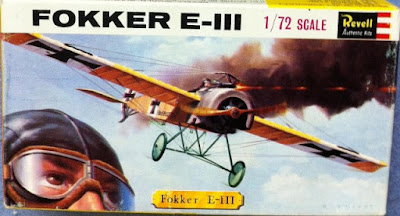 Quite typical action box, with the strange of addition of the pilot in 1st person which gets your attention. 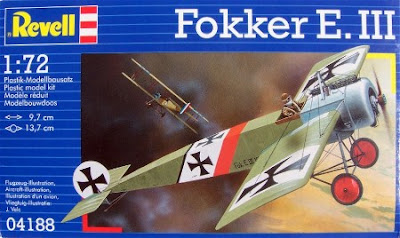 Typical Revell WW1 box, very finely detailed, made most possibly by the same author. Usually I like Revell boxes, but this one is a bit dull, the Fokker doesn't look as different and unique as it should. This is the version I bought.

Another very old kit from Revell, but it looks as if the mould hasn't been used as much as others, as the flash is still within acceptable levels. Everything fits very well, and there is no problem building the undercarriage, which is something fiddly that could ruin a model. The propeller will turn nicely along the radial engine if carefully built, the same as the wheels.

Also, and it is very appreciated, you get a pilot, a very charismatic one in my opinion.
Accuracy in this kit is pretty good , I would say that only the machine gun was a bit flat and perhaps you could say that the undercarriage is a bit thick but in my opinion that is good enough as otherwise it will be too fragile for handling.

This is another model kit from Revell that can be bought very cheaply, second hand from ebay / street markets (is easy to see if the rack is complete as it a very small rack) or new from a any respectable model kit shop with Revell kits (as it is has been recently re-released) for roughly 5 € only, or whatever that amount is in your country's currency.

I really decided to buy this kit in part because it was a different design, easily recognizable from other WWI biplanes, but also and in big part because I had seen pics from another modeller which did a very nice Ottoman version. So, for once, I had already decided how to paint it before owning it! a brief researched proved me there was no better alternative, so I only had to choose what shade of brown I wanted to use (I went for a very reddish one). The pilot looks very Ottoman so it fits perfectly.

The cabling was rather tricky but I am proud of how it looks, I didn't do all the real cabling, because then it will be very hard to handle, and I must admit I did it rather thick, but that helps in solidness.
I used the original decals painting carefully the black square, just as it was done back at the time by the Ottomans, except for the fuselage logo, which I printed out.

If you have read and enjoyed this review, I will greatly appreciate that you make 1 or 2 clicks on the ads on this blog, that will help me in keep making more reviews! (if you can't see the advertising just turn off Adblock or add this blog to the exemption list) 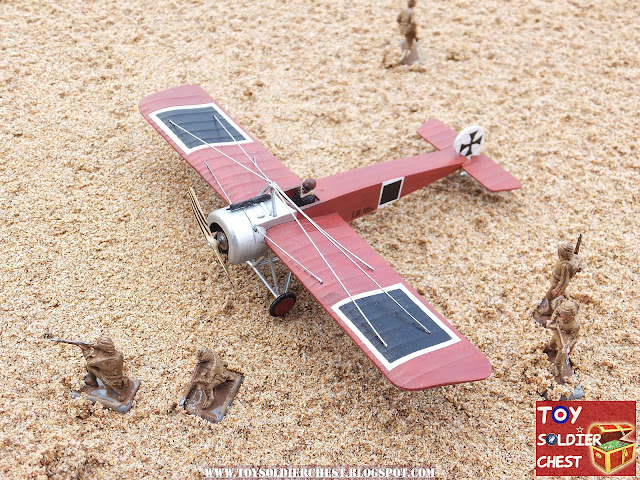 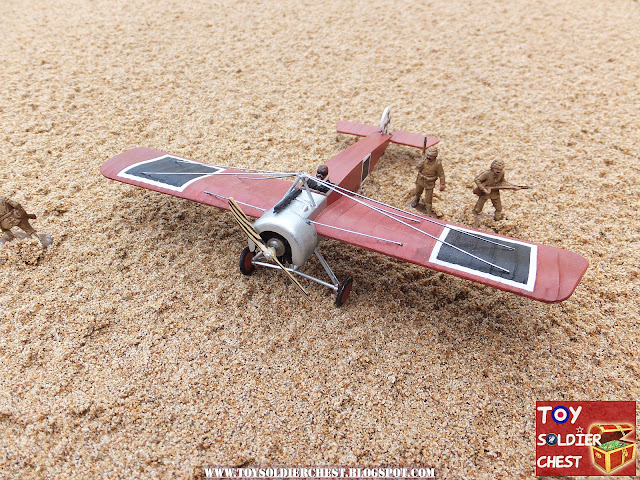 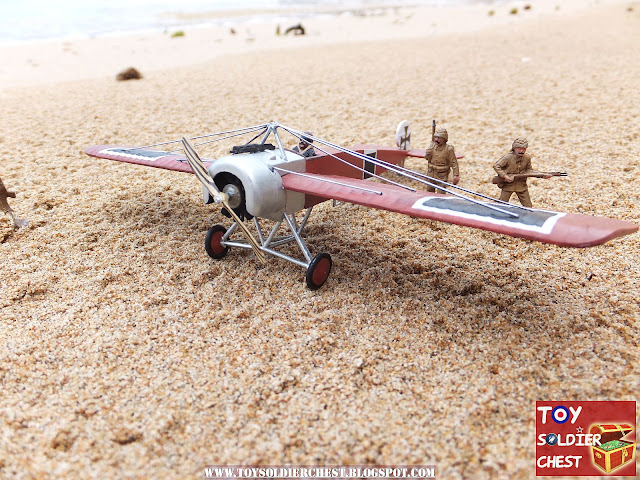 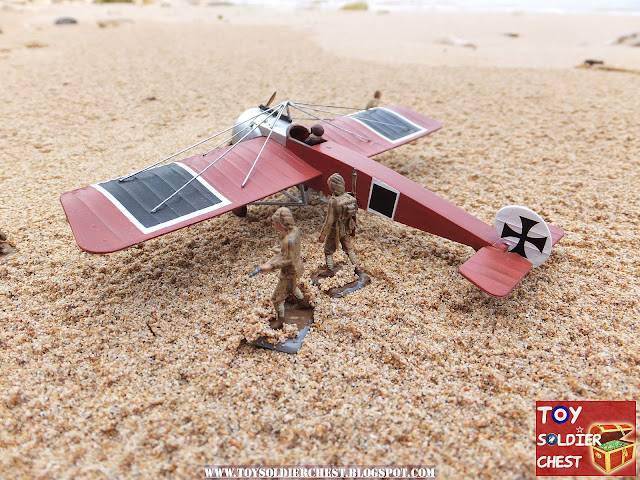 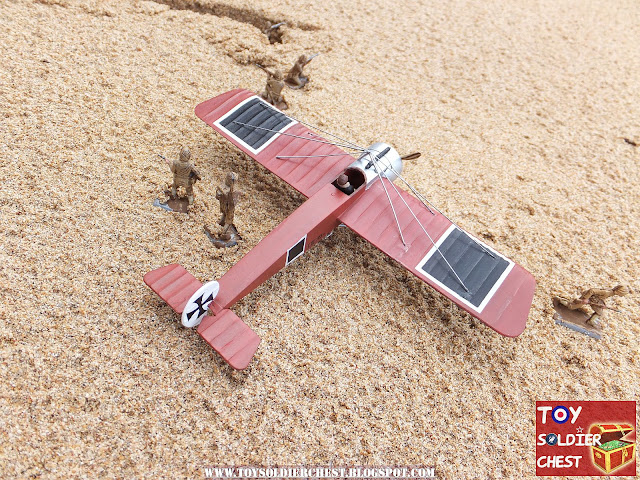 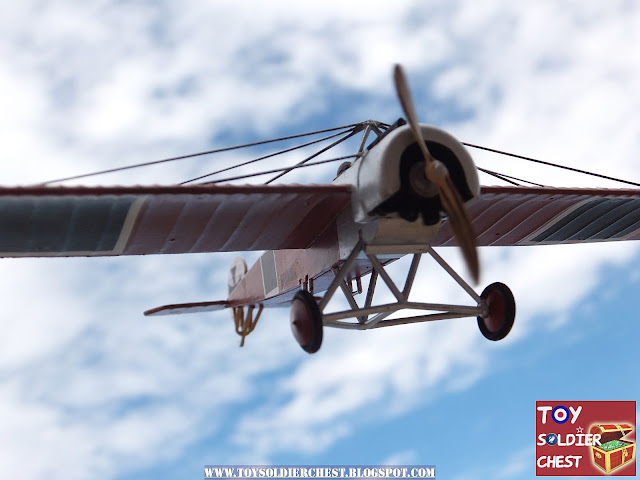 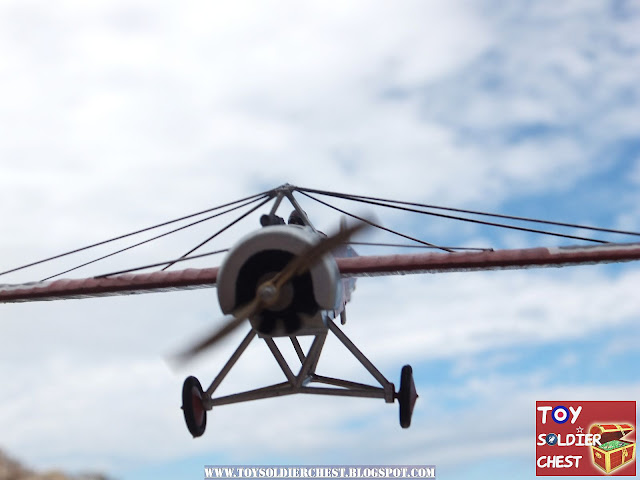 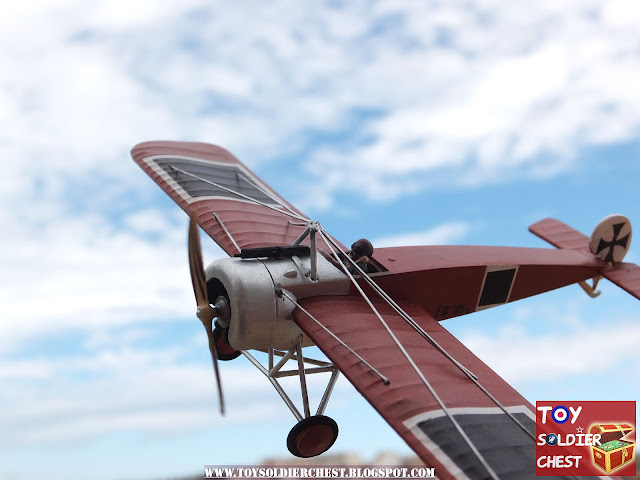