Here I show you this soldiers I've just finished, by printing their banner. I bought the MiniArt Roman Army, and decided that I had too many figures already in brownish-red, so they had to be painted.

After considering many possibilities, I finally went for painting them like Roman Rebels, a bit like the Total War games, in green. As if they were troops of some usurper in the Eastern Roman Empire, in Anatolia, ready to overthrow the Emperor itself!

I got a female figure from the Ancient Christians set of Strelets, and painted as a princess, a sort of Zenobia. As they had no general, I converted one of the infantrymen to do the purpose.

All shields were painstakingly hand painted. Hope you like them. 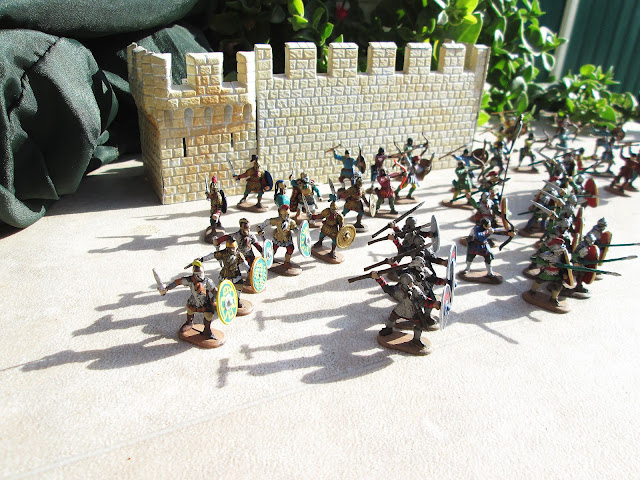 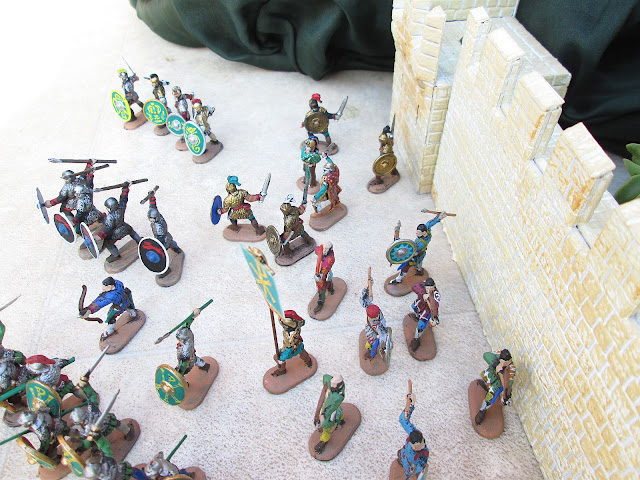 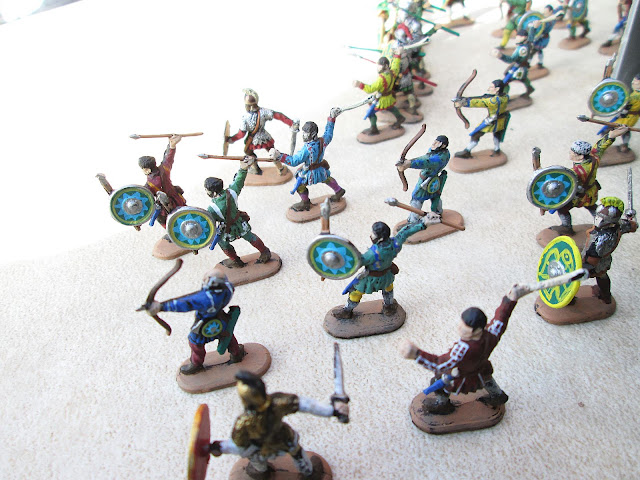 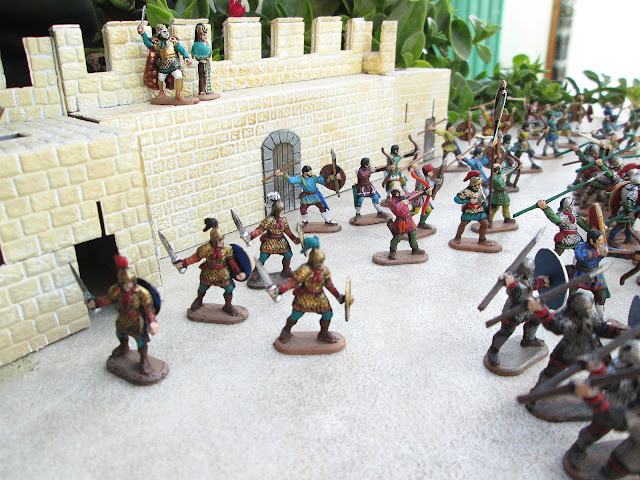 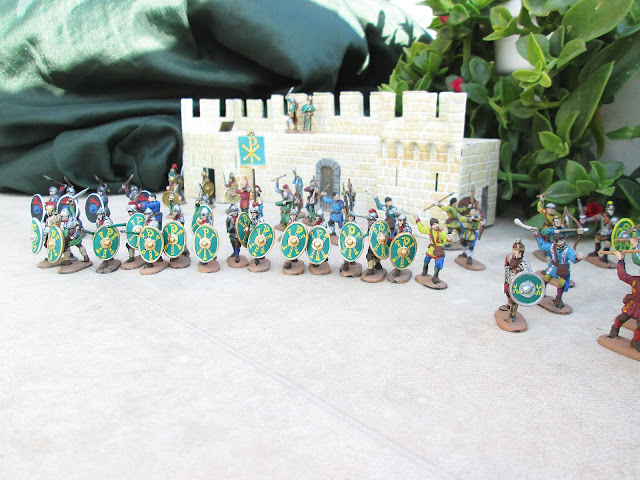 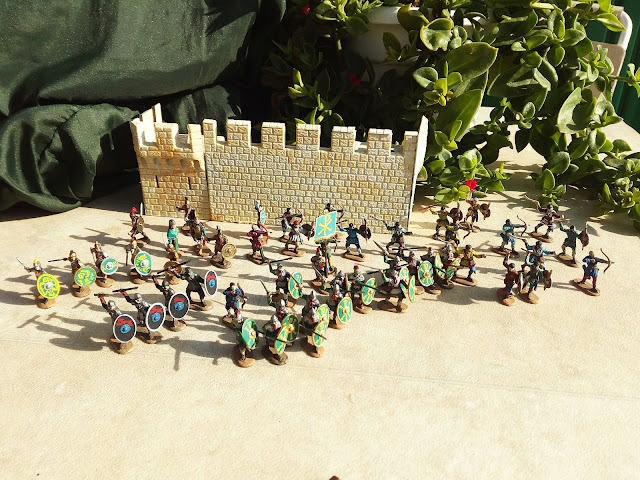 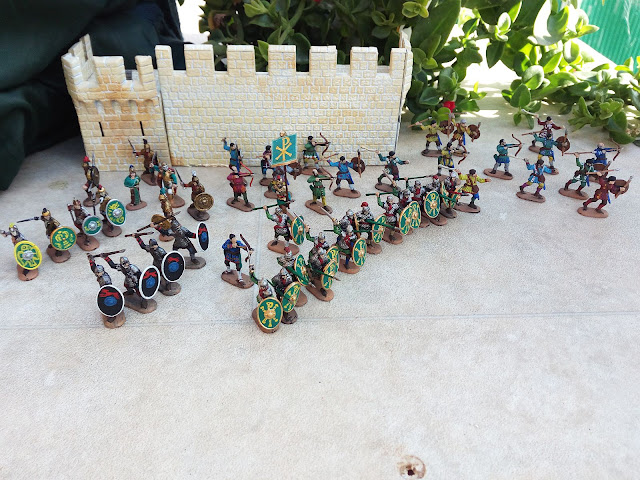 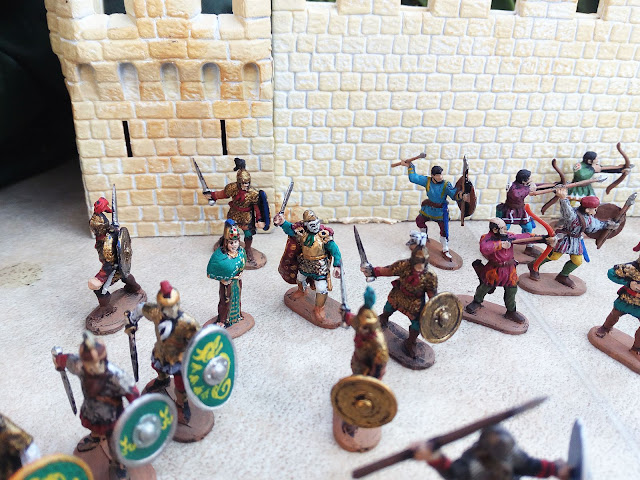 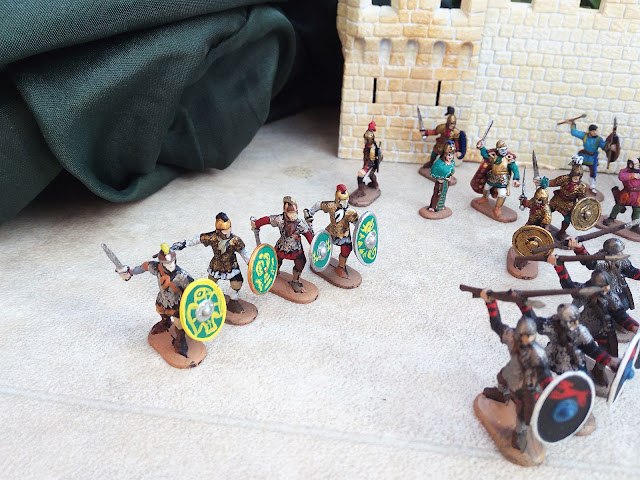 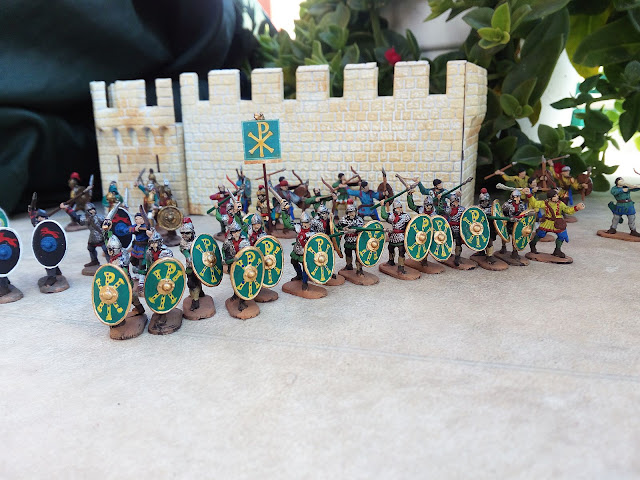 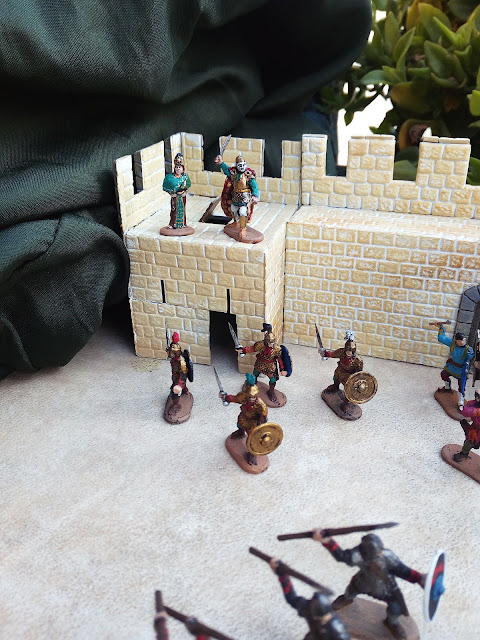 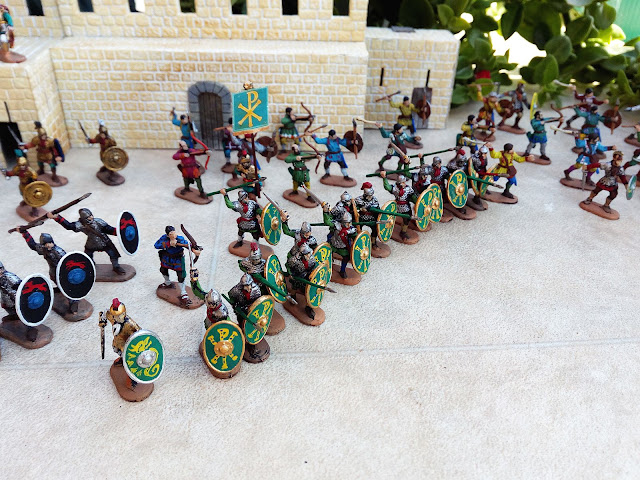 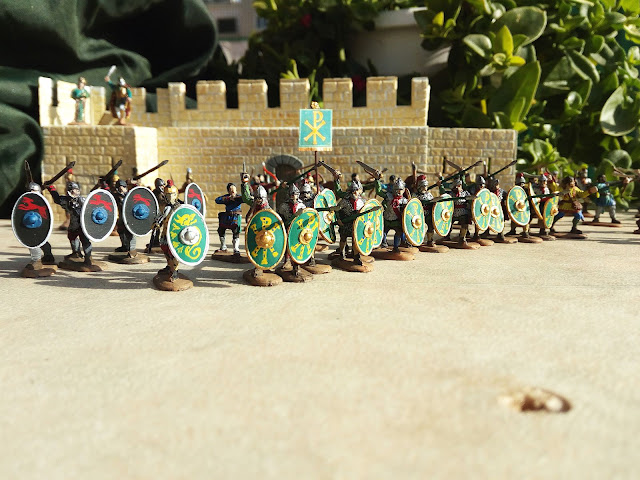 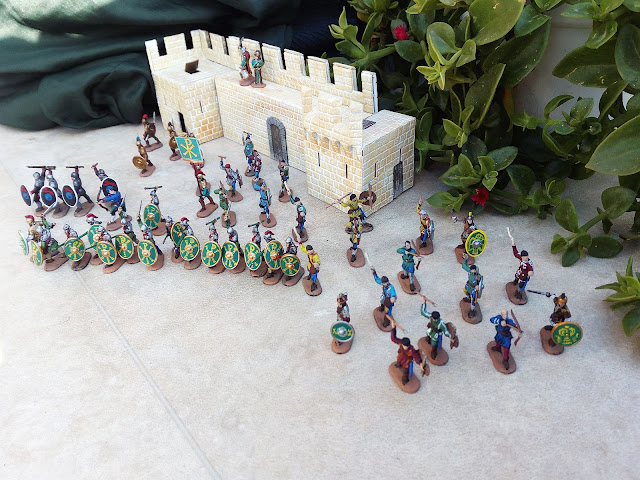 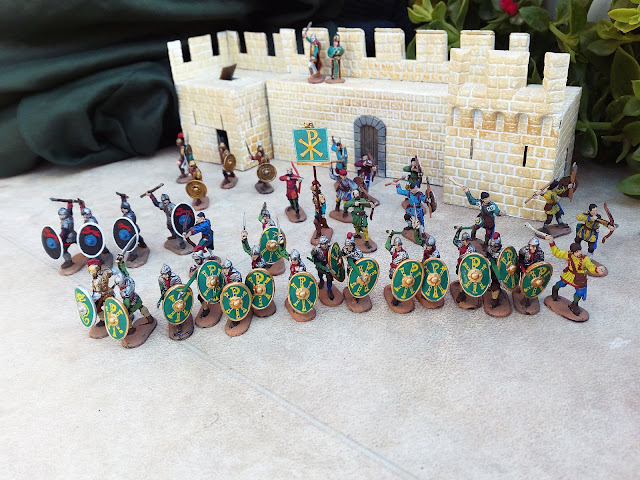