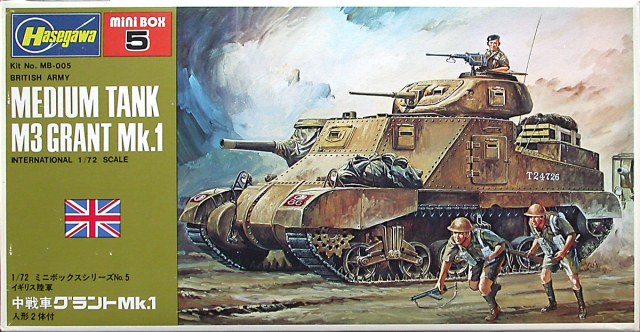 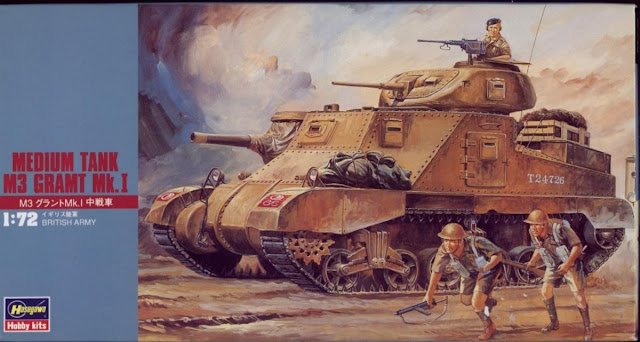 BOX ART >> All Hasegawa boxes are quite the same, here the box art is maybe better than average, although they show you different men from what you get in the box.  I've never cared too much for the blue-grey around the box (I prefer the green older one), but that goes for all Hasegawa boxes. Forgetting the typo on the title (Gramt instead of Grant) a good box all round.

A standard good kit, which starts to show  it's age a bit (beginning of the 1980s). It is a simple kit to build. This is a kit I first made when I was starting in the hobby, and I did again recently (and is still available in shops).  It has good detail, but perhaps it needs a few more attachments, such as a machine gun, and the box on the back should be better done. For those who like to glue (or not to glue them) all the bits like shovels, axes, etc, you will be disappointed as they are in one piece with the main body.

Generally everything fits ok, but with so many reissues some parts of the hull are starting to leave gaps, so you will need a filler or a sand them thoroughly until they fit.

But now, it comes the terrible revelation; this kit has half the proportions all wrong. Yes, I didn't notice until I made this review, but you have only to compare with a real wartime picture; 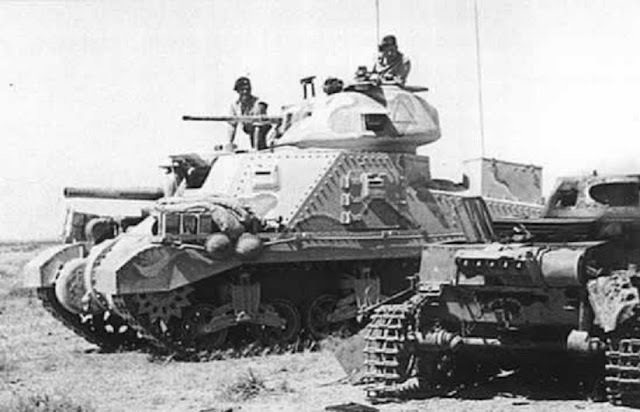 The turret is far too flat, and the whole body seems too high. I am not picky with these things, but this is just very obvious, at first I thought it was another version! they also suggest that you glue the  visors on the turret in a wrong position.

They don't give you too many, but you do get two drivers. The problem with them comes that they are American, and even if the Grant was built by the Americans, it was the version made for the British forces. So you can use the drivers for other american tanks, or simply paint them as Britsh and say that they have borrowed some gear from their American friends.

There is not much you can do with it. If you want to escape the plain green for Burma and the desertic tone, there is just some additions to the desertic ones, like this; 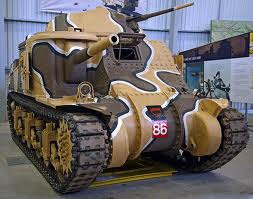 And some other variations with two tones of browns, or another one like the one above changing brown for green.

Don't be fooled; if you see it for more than 8 pounds, don't buy it, or at least try and compare with other physical retail shops. I bought mine recently for 6 €, and I think that now in a retail shop it isn't very much expensive, but if you search by eBay, the cheapest shipped is 11 GBP.

After reading too many books about the North African campagin, maybe you tend to maximize the historical weight of some of the types, but the M3 Grant was very important at a stage in the war when the British army didn't have anything capable of blasting the german Panzers. So, even if the type had several problems, and  was soon substituted, it had it's time of glory.

A sturdy and fast build, it is very good for wargaming, although the inaccuracies with the turret and hull will annoy the perfectionists.

It is a nice model, and if you forget the turret proportions (I have now the proportions of the model kit recorded in my mind, and it seems more natural to me the model than the real one!) this is a very nice kit. If you seek more accuracy, there is the Mirage kit, which for 14 GBP shipped roughly you will have lots of detail and no big inaccuracies. For wargaming and newbies in the hobby this kit will be good enough. Then there is also the Airfix one, but it is 1/76 and I think it has even bigger inaccuracies than this one. 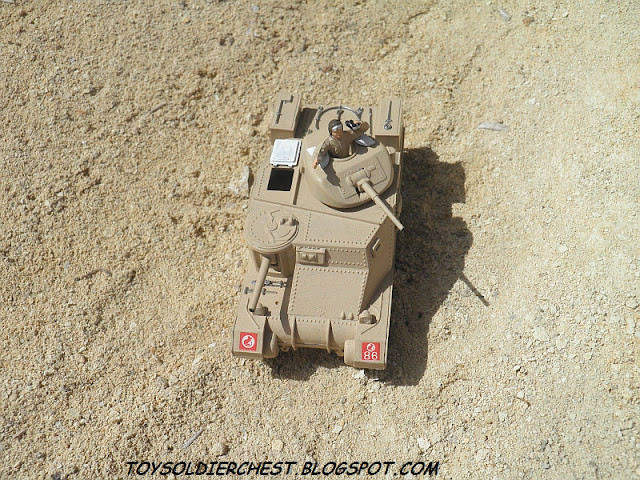 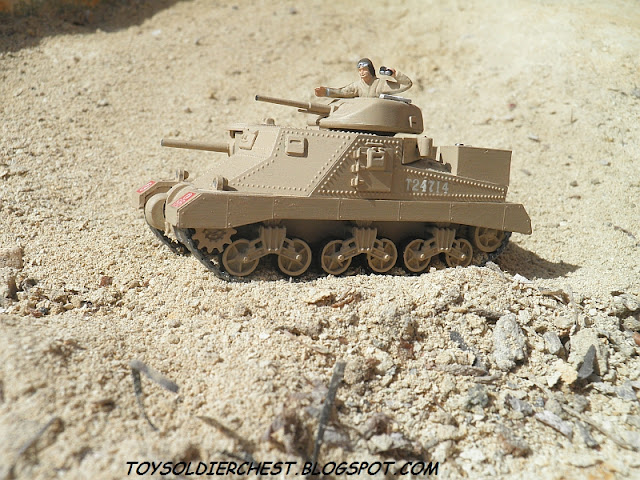 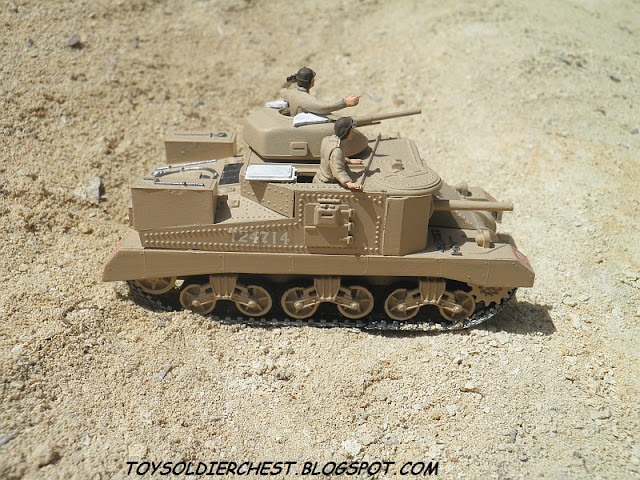 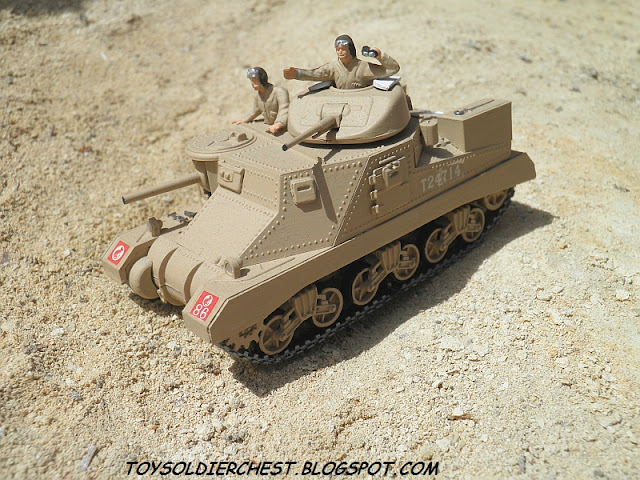 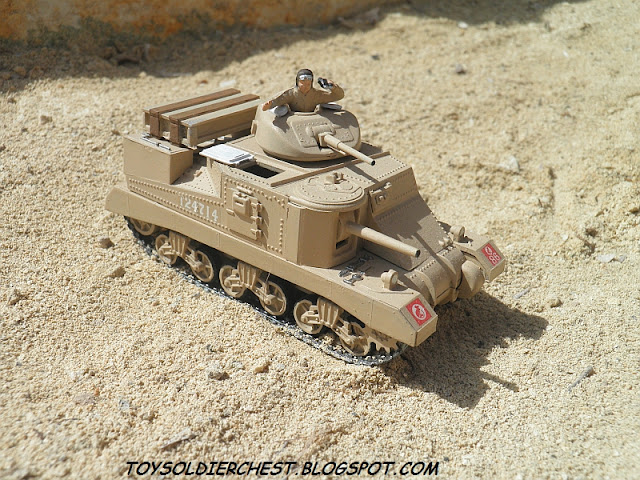 Another depiction made by Miniaturas Aconcagua 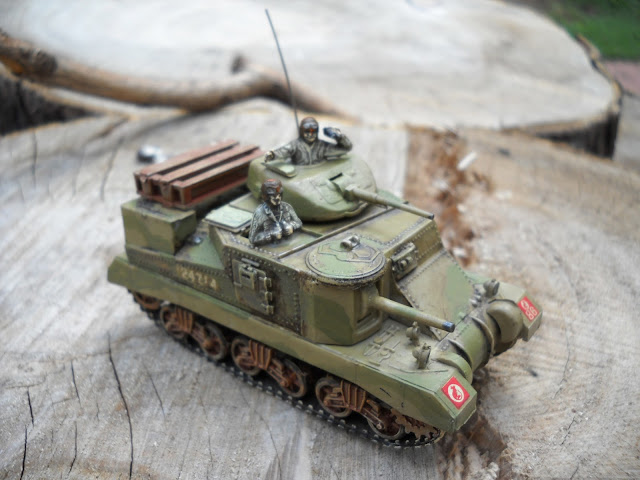