The original kit by Esci was made back in 1976; we'll comment one by one to avoid confusion with so many boxes; #1; the original. Nice and correct, but a bit plain and dull. 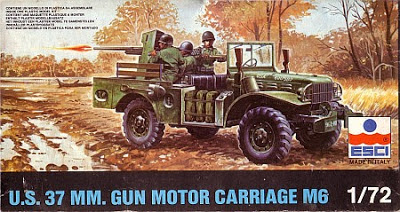 #2; Ahh, much better with background and fire effect. It is the same illustration, but with slightly different  tones and with a background that is much better. 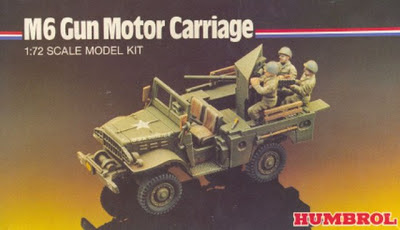 #3; Here Humbrol uses the mould, and sells something other than paints! Here the model is built to regular standard, in a weird background. Not very good. Although you see what you are getting,  it is always more poetic and compelling to buy the 2nd one. 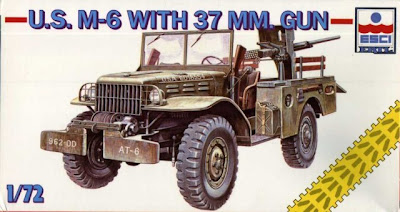 #4 We arrive to the Esci design of the late 80s, the one that plagued the model shops for years. Really, I still prefer box #2. 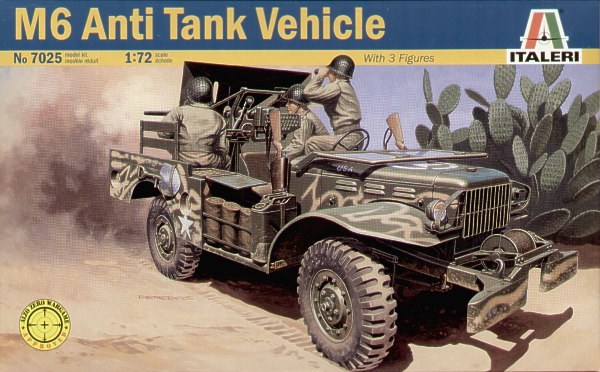 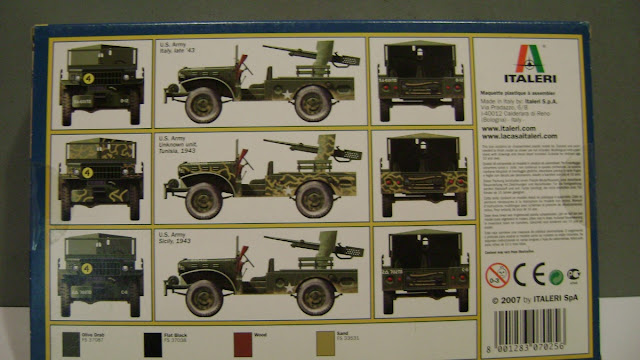 #5 And for once, the new thing is the best, in my opinion. Not only is it dynamic,it is very realistic,and it gives a sensation of intense combat. This was the one I bought. If I had seen the Humbrol box maybe I wouldn't have bought it.

There are some problems with the kit. One of those that Esci made sometimes, which made you break your head trying to figure out what was going on. In this case, the suspension is way too high (well, it could always have been adjusted by the crew, but normally it wasn't like that). If you compare the pics of the model, with the ones on the back of the box, you'll see that the wheels behind the cannon are nearly touching the chassis, and in the model there is a big gap. It can be solved, but if you want a fast and easy, and good looking  build , you won't get it.

See here a excellent review on how to solve the suspension problem;

The detail is good, a bit blunt here and there (it is quite an old kit) and the figures could be a bit better (they are really too fat and nearly all  including the driver have difficulties entering inside).

Also the proportions don't seem right. They seem a bit too stubby to me. There is clearly more than one inaccuracy here.

Three drivers are quite good, Esci knew how things had to be done!

What you see on the back of the box is what there is. Boring green or sandy lines over green. Maybe there was a sandy one, but I haven't been able to find it.

You could also make the version in which they took out the gun, as many were reconverted to transport (the 37mm gun was not powerful enough to fight in the later stages of the war), but I don't see it as very exciting.

To my astonishment, it is very hard to find on eBay, some people asking 17 $ for it! for a model with flaws from 1976! and only in USA, if you live in Europe I don't know.

I bought mine at retail shop for roughly 8 €. Italeri has good distribution everywhere, so in theory you could be able to find it easily in a retail store.