Welcome to my second review of an aeroplane, a unknown aircraft to many, including myself, before finding this model on eBay, and I have a full bookcase of WW2 airplane books. We are speaking of the prototype Polikarpov I-190.

This is the box art; 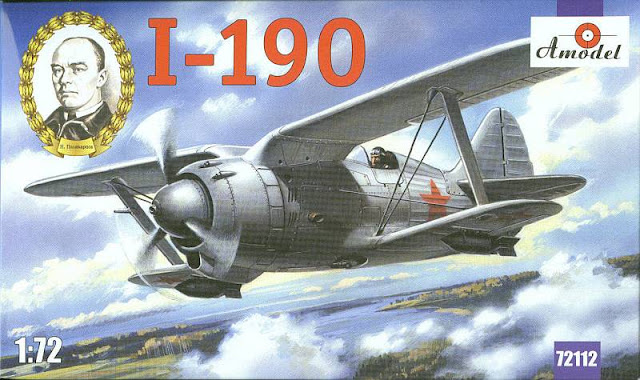 BOX ART >> Very correct and stylistic box, typical stuff but nicely made. It gives a nice sensation of strength and speed. If you wonder who is the guy portrayed  on the top left, it is the famous designer, Mr. Polikarpov himself. A curious addition, only seen normally depicting the famous pilot.

The quality of this kit is not very high, it is on the line of Smer, Kovozavody Prostejov, and other eastern lesser known brands. You will need to sand quite a bit to get good fittings, I discarded the panel board, as it is useless (it doesn't fit inside the model, it is way too big) and it is nearly impossible to see it (more if you plan to put a pilot , which I did).

You will need some putty to fill in some of the cracks, particularly between the upper wing and the motor, where you are left with a gigantic gap after assembling it.

I decided to fit it with wheels, but the skis seemed very fragile and not specially well done.

It is just one of those kits that you buy because it is a rare model, and so you overcome small difficulties such as these in order to get what any other brand can offer you. If this kit was made by Hasegawa for example, buying it would be pointless. But as that won't happen, better you get your hands on to some putty and start sanding!.

There are plenty of extras here, and although you are not given a pilot, you are given extra bombs, two types of vosp, and the possilibity of choosing between wheels or skis.

Just one example was completed, so there are  no possibilities in  terms of the camouflage, but as you are given some options in terms of equipment, you could say there are some possibilities. All the same I can't imagine any one who would buy two models of this kit.

Not a very common kit to find, probably online is your only possibility of getting it (I've never seen Amodel kits in any model shop before, and I've been in model shops in various european countries). You currently can find it for 13 GBP, which is a bit expensive, considering what you really get. Although other similar kits, of strange themes like this one exist, sometimes they are much more expensive.

This is one of those "could have been but never was" kits. Yes, it did exist, which is more than some prototypes that make it into kits, and it flew, more than some German late war aircraft. But it crashed during testing, and the other one that was in construction was never finished. End of story. It didn't achieve the desired performance, and the crash sentenced this plane to death. It has just a small or tiny bit of importance inside the pre-war prototypes.

It is a interesting model, as it was the last biplane of the russian airforce. If we add to this that it has a nice design, and it has the novelty of being unknown to many, it is a attractive model for those who have a big collection of model kits or are enthusiasts of the Russian Air Force. The downside of this kit is the price and the minimum historical importance, but if you find it at a reasonable price (I paid like 8 €) I recommend you to get it. 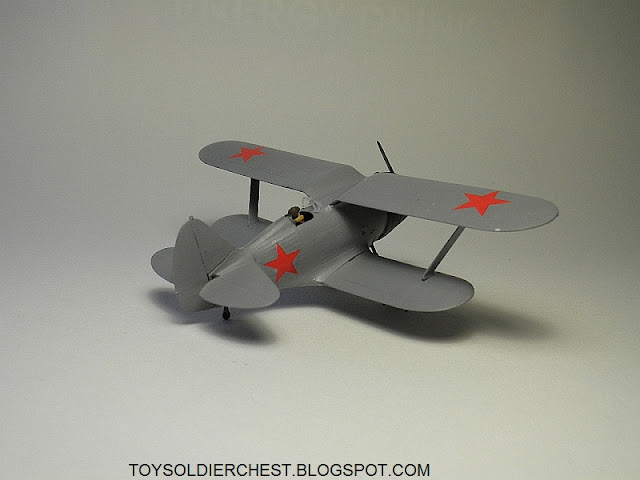 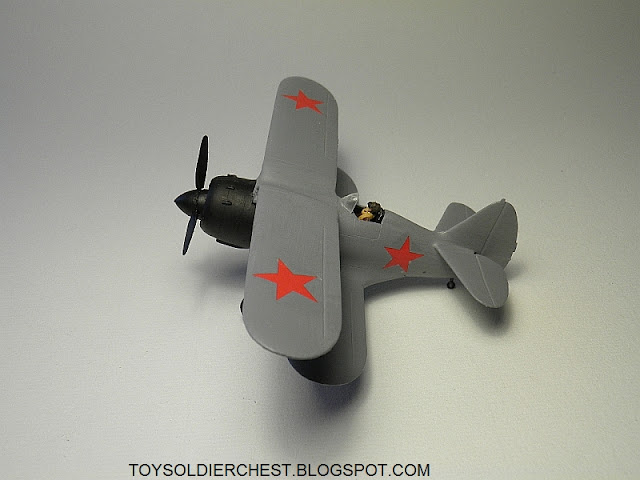 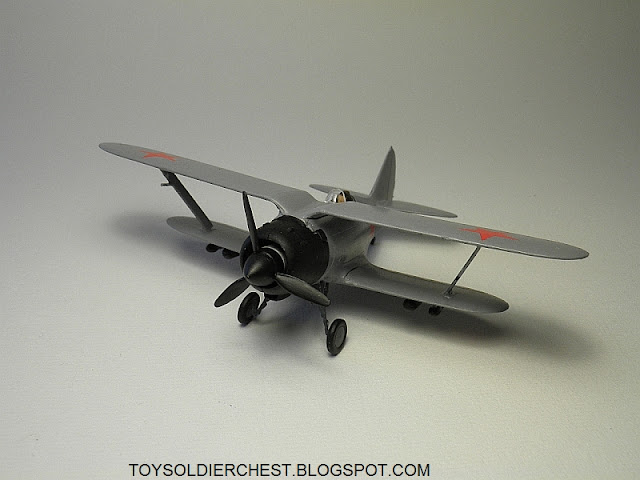 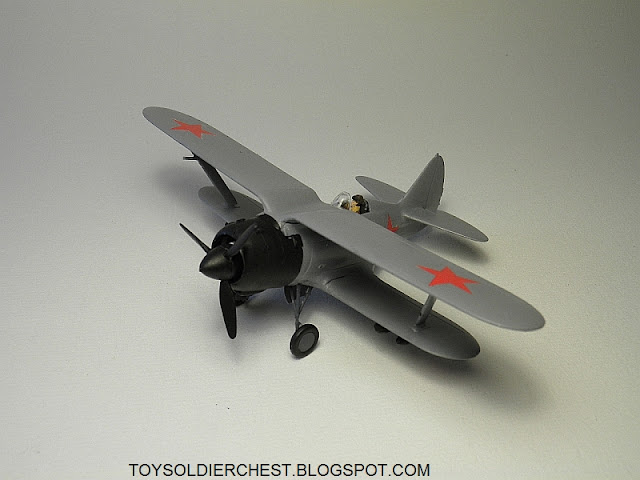 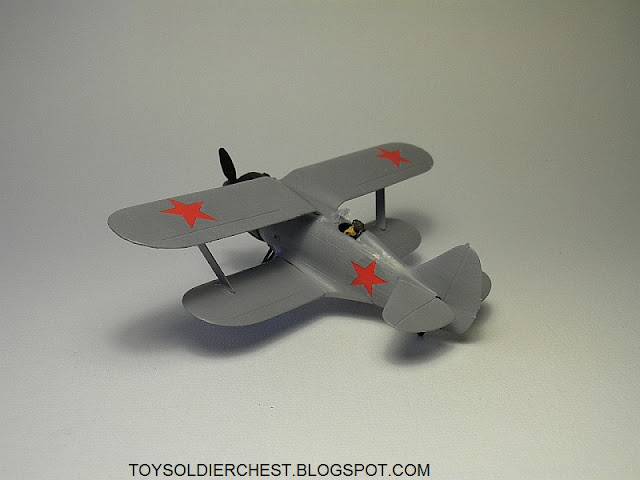 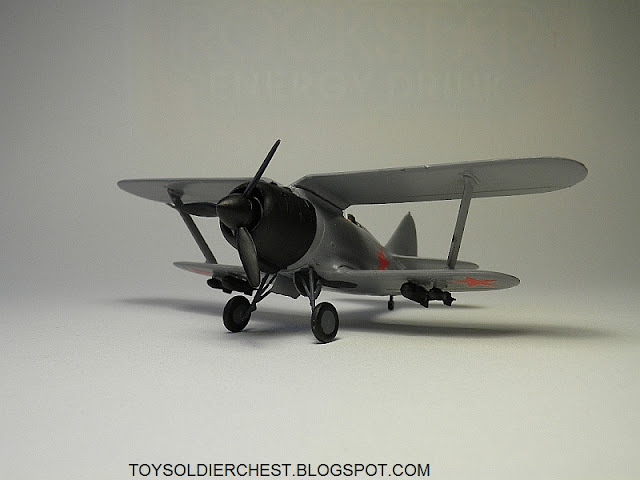 Model kit made by myself. Atlantic figure modified was used as pilot.