Welcome to my first review of an aeroplane. I have to tell you a secret; I actually have more planes than sets of soldiers. Why; most probably because during a looong time, there were not many types of soldiers to buy. Once you had one or two representations of every WWII army, you were more or less done. Only since 1998 the hobby of the 1/72 miniatures started to boost thanks to HaT, Zvezda and Italeri, at least in Europe. But anyway, we are reviewing today this Nakajima model kit, so let's get on with it;

Here is the first box art, of the still american Revell, issued in 1964; 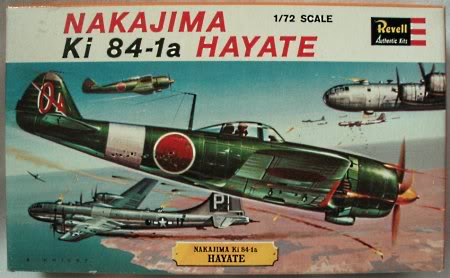 And here, dramatically redrawn inside the new design of the german Revell; 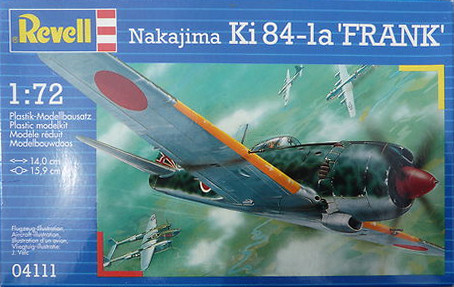 BOX ART >> Both of them are quite good boxes, the first has a unusual depiction of the plane from the side in a battle, that maybe doesn't show  the plane very well, but is impressive and nicely done. The second has a much modern and realistic feel to it, in a very dynamic position. The only but is that it is similar to many other boxes of Revell of this period.

Here we have a rather old kit, (as you can see, often we are thinking we are buying a brand new model kit, but it is really a 1964 design!), that is well done and is easy to build. Everything fits very well, for a model kit of that age, the propeller runs very nicely (very important from my point of view), and best of all, you are given a pilot.

I cannot stress enough how I like that a pilot is included. A model kit without a pilot, is a lifeless machine, something dead, without a story to tell, nor a battle to fight. With a pilot it is a piece of history, ready to take off and make a difference. That's how I see it :) . The pilot itself is very well done.

I built the 1972 version, so the decals were unusable due to ageing. Sometimes they can be saved, but in this case it was impossible.

This kit has just one small but big problem; it is heavily rivetted ,as it was a american plane. Normally, I am ok with rivets,which always give a nice strong touch, although accurate modellers say that you can't see them nor feel them in 1/72, which is probably true. But the problem here, is that the Nakajima Frank simply didn't have them, as a wartime pic can testify; 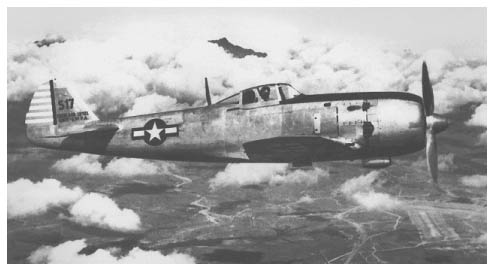 It gives a smooth sensation. So you can either sand them (a tough job), or live with them. I'll live with them, but I can understand why people want to sand it.

The extras given here are quite high. Normally in a plane kit you don't receive many, in fact usually none. But in this case, you a get a representation of the inside of the engine (old Revell kits were fond of doing things like this one, and are very appreciated) and a small base to display the plane. And not just that, the canopy also has a mechanism so you can open it and close it, to see better the pilot/interior.

Normally Japanese planes are trapped in military Japanese green or plain grey/silver, making them a bit boring after the third or fourth that you paint. The Frank has some other interesting ones, listed here; 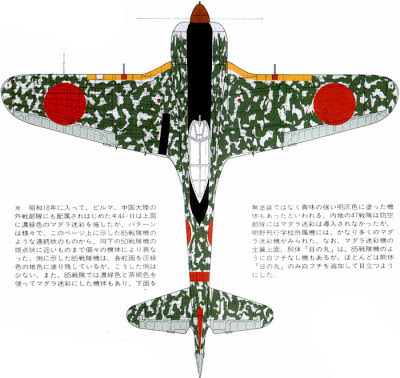 A grey/green version, which is also common to many other japanese planes.

And a captured US version.

I decided, however, for another one. A copper-tone with some japanese kanjis;

as I haven't done any other plane in this colour , and I still wanted to make it japanese.

I bought mine through eBay incredibly cheap, for just 4-5 GBP shipped. It can still be  found easily for this price.

It is one of the most important fighters in the Japanese airforce, with 3,514 being built. It was the main fighter in the later times of the war, and is as such a very important model to have in your collection.

The main problem with this plane are the rivets, which makes it unfit for most accurate modellers. It is a nice kit to start with the hobby, or just to have a different type of plane. This really gives the kit another sensation and makes it more different from other japanese very similar aircraft. You will find much more detail in a Hasegawa, and it will be much more accurate, but the funness and the vintage feel that makes it different is with this one. 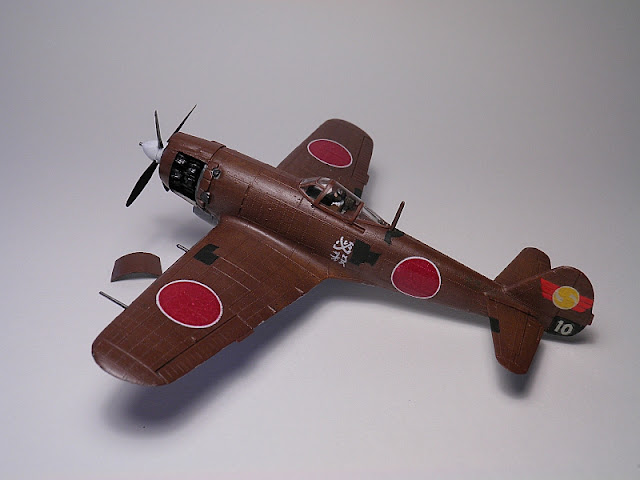 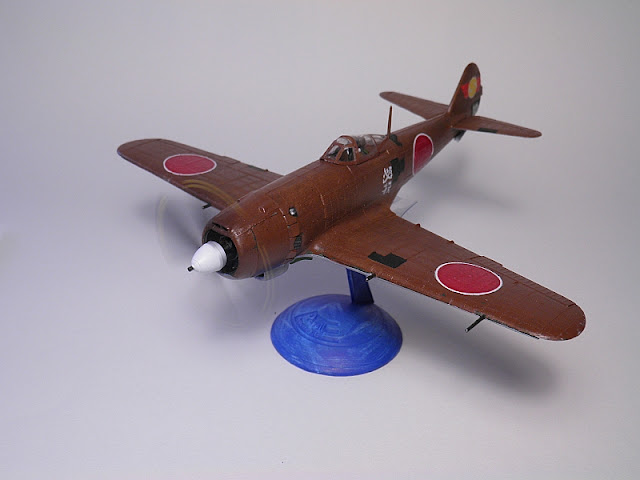 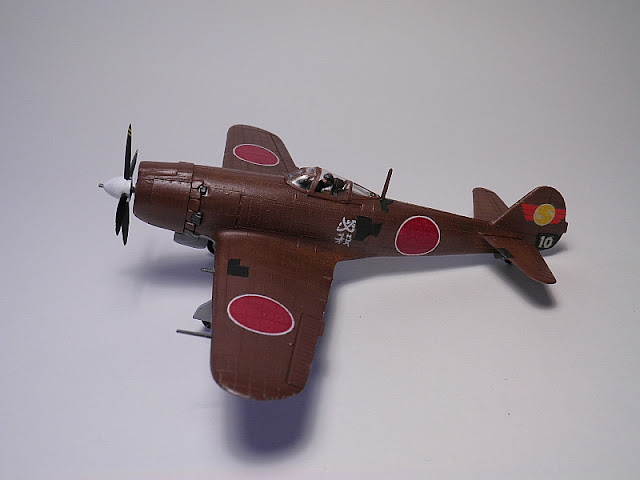 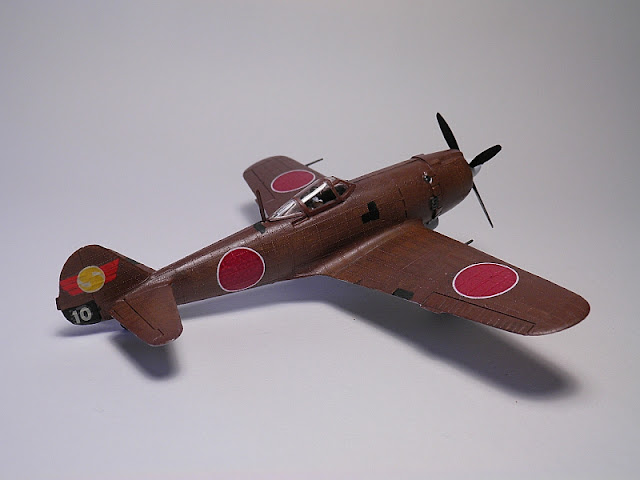 Model kit made by myself (please note that the middle of the canopy had to be replaced as it was missing from the second hand kit I bought). If you have built and painted this model, I would love to include some pics of your finished model kit in my blog.