Welcome to this review of a very obscure aircraft, and of a kit which is one of the worst kits I've ever built. Will all the suffering and time spent be worth it? Find it out reading this review; 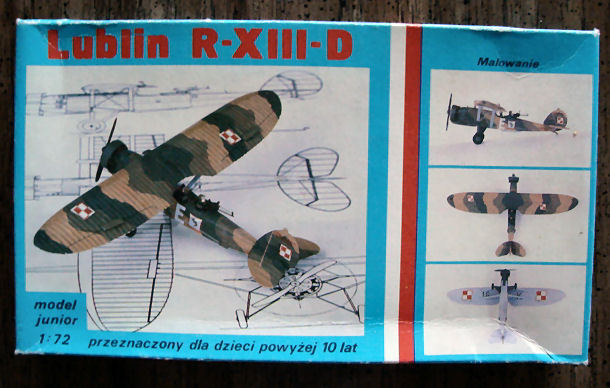 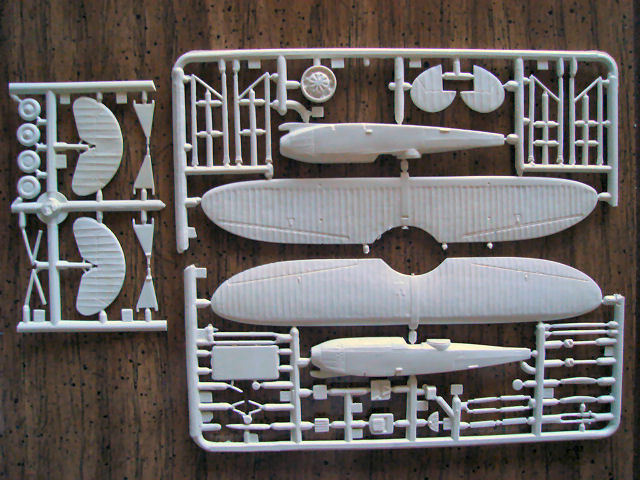 BOX ART >> This is the box. No box art, though. But they show you a pic of the model made - then the model CAN be made, so that's a good start with some obscure brands as "Model Junior" (god helps the junior that tries to build this model).

(The score is from 0 to 10, just to leave things clear). A completely appalling kit. This brand doesn't have the technology or money to cast a kit with detail in both sides. Yep, you've read well. That means that everything must be in two parts, and so you have guns in two parts, propellers in two parts, etc. In a 1/35 kit maybe it would be ok. In 1/72, makes you want to discard half the pieces.

The person that made the kit in the box, was quite clever, as he didn't use the original guns, he added pilots, and probably didn't use  the propellers either .One wonders if it is really the same model. Probably it is the prototype, and they didn't try to build what they made.

The instruction sheet is just one image where all the kit comes together, a rainfall of pieces practically unidentifiable.

Another bad thing is that they directly didn't made the exhaust tubes, so you have to make them yourself or take them from another kit.

They give you floats to make the hydro version, so that's not so bad. But don't expect pilots. Probably making them in two halfs was too complicated.

Not many things to do here. You can do the float version with silver, a plain green Polish one, and one of the 17 planes that the Romanians reused;

It is rare to be seen on eBay, and the price can vary wildly. It depends a lot where you live. But most probably, it would not have the price that it deserves.
Newer Post Older Post Home
Subscribe to: Post Comments (Atom)